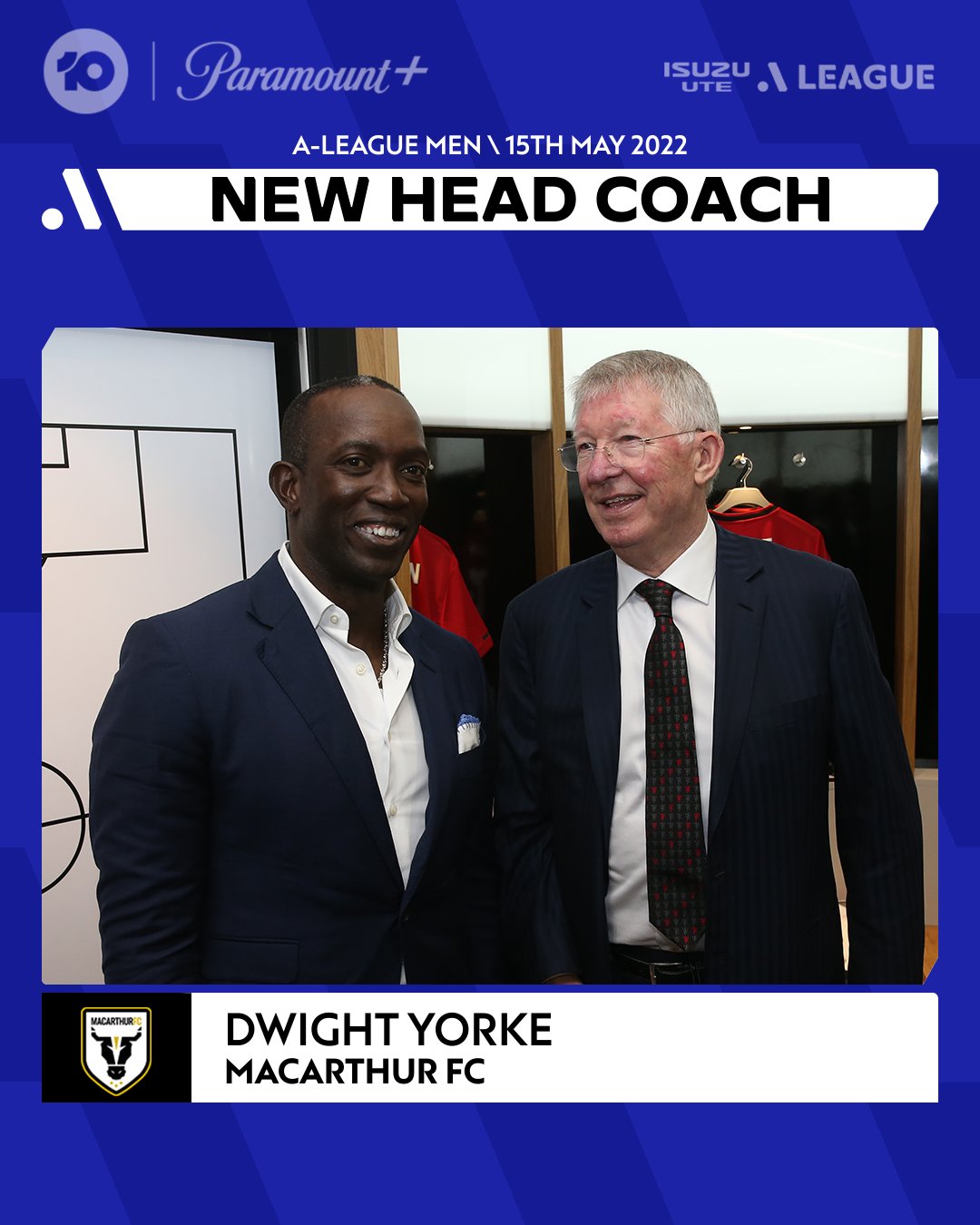 We should get Usain Bolt to coach in the A-League too, about the same amount of coaching experience as Dwight Yorke..

Dwight Yorke will take charge of the Bulls for the 2022/23 Isuzu Ute A-League season! What do you think @mfcbulls fans?.

Gotta love a marquee coach. Dwight Yorke to Macarthur has disaster written all over it. Loved him as a #MUFC player but when your coaching announcement is just highlights of goals he scored 20+ years ago not sure what to expect from him as a coach! #Aleague.

Get him signing Bulls gear at the club shop. Free entry to Rd 1 at home for anyone with a Dwight Yorke jersey. Weekly soccer skills videos from the coach. I want interviews where he talks about a winning mentality and going to the World Cup..

Now the Macarthur Bulls have appointed Dwight Yorke I hope they go to town with it. Get his face and name on every billboard in Mac Square. Get him on any tv and any radio that will have him. Make sure he’s always in Bulls gear for it. I want meet the coach days..

Dwight Yorke??? Hmm… he has his badges but it feels like a desperate attempt by a club trying to gain relevance. I hope I’m wrong and he is a success.

@_SkyBlueViews Question also should be asked is Dwight Yorke better than an Australian coach?.

[Macarthur FC] We are excited to confirm our new head coach is Dwight Yorke!.

i think there are literally 4-6 million people better suited to this job than dwight yorke..

Dwight Yorke in the aleague is exciting but it’s just got disaster written all over it imo….