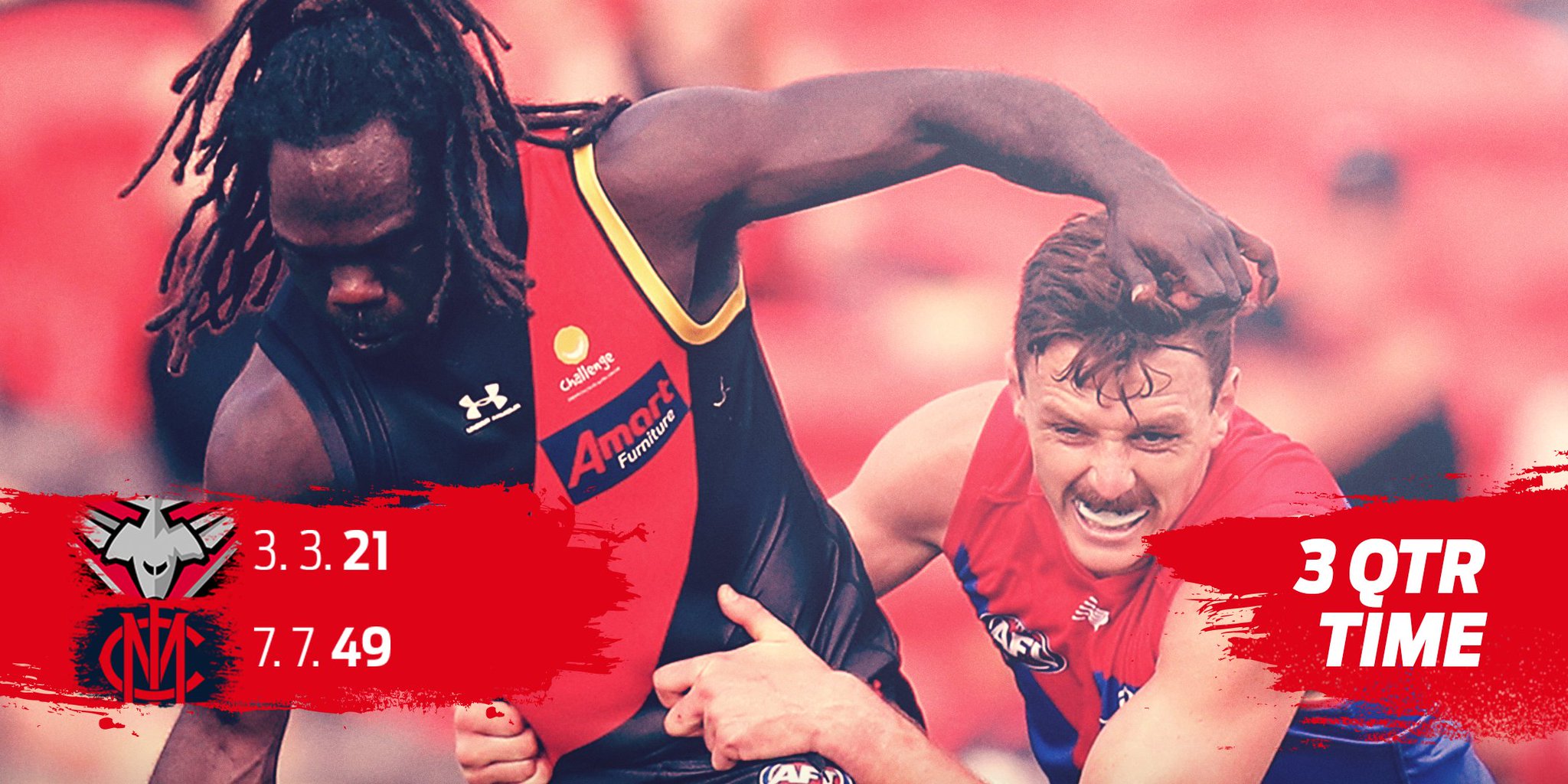 That’s all Goody had to say. Keep an eye out for the full presser on our website. #GoDees

Goody sat down to speak to the media after our 19-point win. Recap what he had to say. 👇 #GoDees

“We tried to make it as close as we possibly could for the fans.” 😅 Clarry talks through the close finish + the form of our midfield. #GoDees

@moose_astill Time stood still, Adam. That last quarter went for about four hours. 😬😬😬 Thanks for tuning in mate #godees

We are in the @AFL finals / top 8 @melbournefc - well at least until tomorrows outcome. Why can’t we win our way into the finals instead of resting on other game outcomes. Let’s hope 2021 is a better performance. #GoDees

Not the way we wanted to win this game but we’ll take it. Memories of 2017 haunt us still. We left all our gear at the G, unsure of the next move. To watch Dogs v Freo or not? Go Freo! #godees

Job done. The Dees are into the top 8 and are one game away from securing a finals spot. Everything now rests on the match between Fremantle and the Western Bulldogs. #GoDees

Not following this year, but a win is a win #GoDees @melbournefc

osun would be proud of that melbourne rebound to prevent the backdoor cover! #AFLDonsDees #GoDees

This might be our last quarter in 2020. And maybe it isn’t. Give it all you’ve got, Dees. We’re still cheering, whatever the outcome #godees

3QT | We maintain our lead in the third. #GoDees #AFLDonsDees