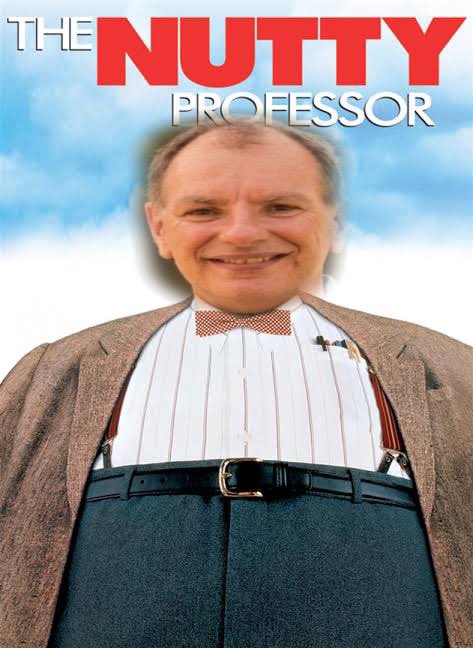 I’m not a Victorian; but I was in awe of Dan Andrews turning up for 132 pressers in a row during the worst days of the COVID pandemic. Answering every single question thrown at him. Never hiding from his responsibility. Never losing his cool. That’s leadership.#VicVotes2022.

I think this election, yet again, says fascinating things about the Australian electorate’s propensity to ignore concerted media campaigns from certain quarters. I remember a Premier years ago telling me the power was overstated. He was right. Yet again, it is. #VicVotes2022.

Those women with degrees in their 30s might be worth listening to at some point #VicVotes2022.

As a media veteran, I continue to be appalled by the political bias of News Corp & other major outlets. But Victoria is smarter than these rank opportunists think. And an election win for Labor & Andrews today will be further proof of their increasing irrelevance. #VicVotes2022.

Hi guys, nice night? How does it feel to know your relentless propaganda has had ZERO impact on our state? To know you are held in complete contempt here. And that you are IRRELEVANT, but for people retweeting your humilation. Like this, I guess. Cheerio! 👋#vicvotes2022.

Started the day with a great lecture to the children about the gift that compulsary voting is. Happy democracy day #VicVotes2022.

Let’s see if Victoria remembers what he did to us last year. Praying. #VicVotes2022 #VoteDanOut.

“The premier to lose his seat!” “A neck-and-neck race heading for a hung parliament!” “What REALLY happened on those stairs?” The media coverage in the lead-up to #VicVotes2022 was wildly off the mark [FREE TO READ].

Whenever you hear a cooker screaming about ‘freedom’ and complaining about covid health regulations, remember their chief inspiration, cheer leaders and legitimisers are the Herald Sun. Murdoch media divides, polarises and radicalises. Dangerous, antisocial media #VicVotes2022.

Just finished 3 hours at a polling booth in Kew. Should be a Liberal hold, Teals aren’t feeling the magic from 6 months ago. #VicVotes2022.

@Voice4Victoria Good work. Just to get into the double digits on primary for a newbie independent is impressive. To be neck and neck with an incumbent party leader is remarkable. #CookVsCrook #VicVotes2022.

Cooker microparties in the upper house basically got zero votes - 880 () for ‘Freedom Party’ in Western Melbourne. These are the votes the Liberal party thought would sweep them into power. #VicVotes2022.

Jeff Kennett introducing the bronze statue for premiers who serve 3000 days because he thought he was a shoe-in for a third term, only to lose and now his nemesis Dan Andrews getting one is the highlight of this election #VicVotes2022.

Never forget the NSWBC ran a Special Edition to mourn the resignation of Gladys Berejiklian. But not one story about the seismic Victorian election result the Monday after #VicVotes2022.

@newscomauHQ Peta Credlin, GIVE IT UP! Didn’t you learn from Saturday’s result? #VicVotes2022.

In covering #VicVotes2022, mainstream media fell victim to wanting the most dramatic outcome – no matter how weak the evidence for it may have been. @DenisJMuller (@UniMelb) discusses how the pre-election coverage was breathless and misleading. #auspol.

Preparing for the absolute cesspit of anything media tomorrow 🟪 #VicVotes2022 #LaborLast.

Confirmed Labor to win with a majority! Doing cartwheels across the lounge room (in my head) Cheers Victorian legends🍻🥂💜 #VicVotes2022.

Melbourne has a legit housing crisis, we really don’t care if you sadsacks sook about moving interstate because of the election results. Honestly, it’s probably gonna be your most valuable contribution to the wider community you claim to be ‘fighting’ for. #VicVotes2022.

@JamesConnor66 The 2PP count on election night is indicative and all ballots will be rechecked anyway. @DanielAndrewsMP has more than 50% of the vote so preferences are irrelevant. Ian Cook may be too thick to understand this but Neil Mitchell should know better. #springst #VicVotes2022.

Been reading about trauma bonding and learned helplessness. Goes some way to explaining why Victorians would return Daniel Andrews. #VicVotes2022.

@BilsonhBilson While the liberal government made us feel like pariahs during our lockdowns, the rest of Australia let us know that they were with us. We, as Victorians stood together with Dan. And our mates in other states and territories stood with us. And that got us through #VicVotes2022.

Do your civic duty today Victorians. Put Liberal first and Labour last. Vote to repair the damage that Andrews has done and end the division. #PutLaborLast #VicVotes2022.

Compare the The Premier voting in secret, staged photo op, not out in his electorate amongst his constituents on voting day. Matthew Guy, out in public at a polling booth in his electorate, with his family. Tells you all you need to know. #VicVotes2022.

You all think the day is done! Let the real fun begin x #springst #vicvotes2022.

Obviously very early but this is looking like a Greenslide to me! #VicVotes2022 #Greenslide.