Russell T Davies will be joining Twitter for a celebration of Rose on its 15th anniversary! Join him and fans around the world for a special rewatch of the episode which relaunched #DoctorWho Watch however you can (it’s on iPlayer) at 7pm GMT and chat online #TripofaLifetime💥 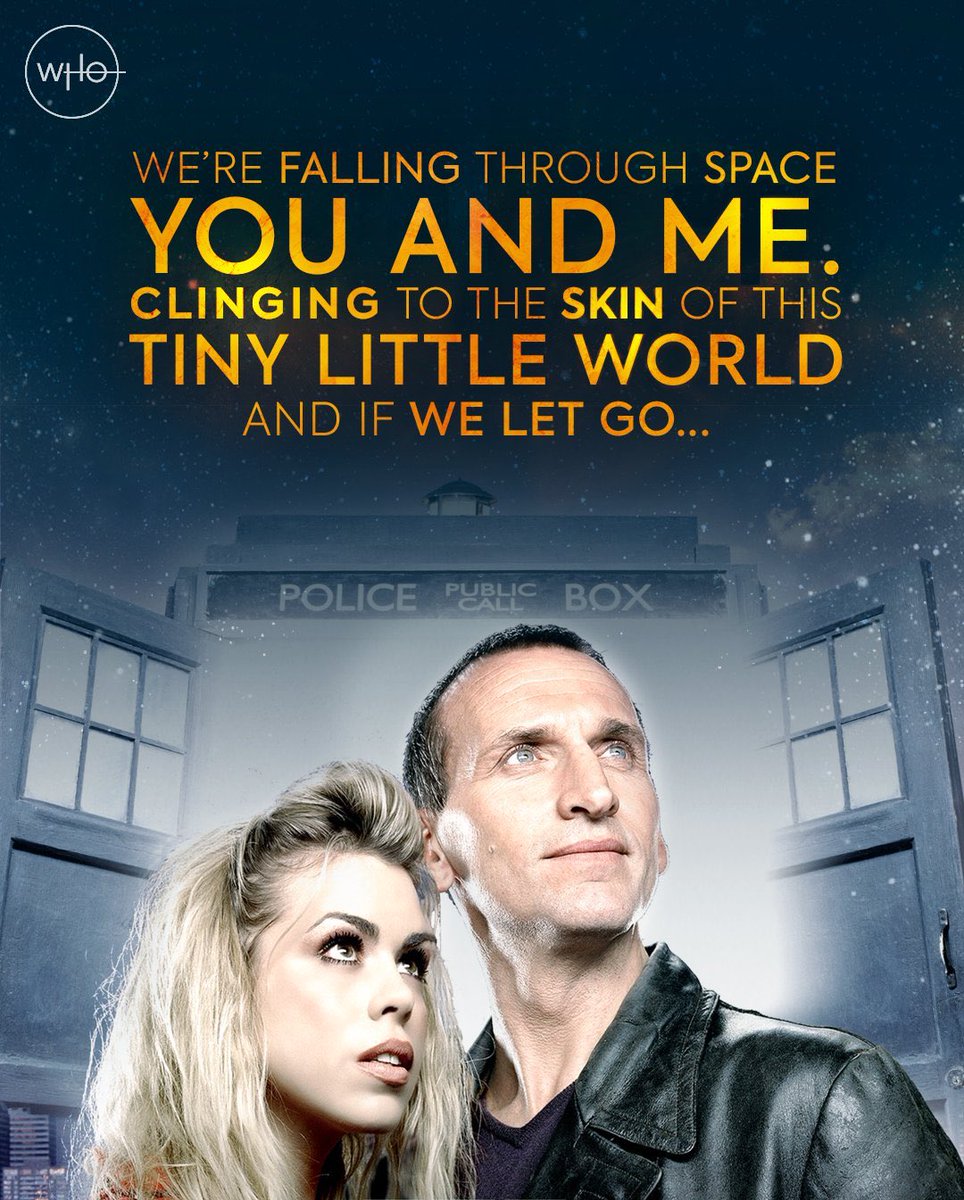 “The one thing that’s brought me joy all my life, is Doctor Who.” Great to see Russell T Davies talking about his love for Doctor Who ! Was trending at number 1 and was worldwide as it’s so great to see a much loved programme on the news ❤️ #DoctorWho #TripOfALifetime

@sjcAustenite You could have at least tried to get Parts 1 and 2 in before the #TripOfALifetime started.

I saw #DoctorWho and #TripOfALifetime trending. I guess Doctor Who fans staged a global rewatch of the first season. Sorry, but when I think of the *first* season, I still think of

Christopher Eccleston was a great Doctor, especially with scenes like this one. #DoctorWho #TripOfALifetime

Russell, Christopher and Billie were the perfect trio to kick of the show again and bring it back to the spotlight and make it so popular to the general public as well as bringing new fans like onto the show ❤️ My era 👏 #DoctorWho #TripOfALifetime

What if Clive survived the Auton Attack and got his own #DoctorWho Spin-Off Series? 🤔 #TripOfALifetime @russelldavies63 @WhovianLeap

It’s weird that 45 minutes seems more like 30 minutes when you watch #Doctorwho with other people (even when they’re not in the same room) #TripOfALifetime That’s twice I’ve experienced it now, never really had anyone to watch with before. Hopes it happens again.

Thanks everyone for sharing/interacting with our tweets during the tweet along tonight! #TripOfALifetime #DoctorWho 🌹

Got the old DVDs out for #TripOfALifetime. 15 years ago we were in Center Parcs Longleat celebrating our anniversary, and the return of #DoctorWho

Very excited for #tripofalifetime @ 12noon PST (7pm GMT). Despite my lifetime love of Doctor Who & 3rd Doctor being my fave. Ugh, 9th Doctor is MY Doctor. I get so emotional thinking about him. I know he’s not real. He’s just my hero & I can’t help being overwhelmed with emotion.

My children and I watched Rose in a great fever of anticipation. They were 12 and 9. We continued to watch Doctor Who together until they left home. (And we later POOH-POOHED the very idea David ‘who the heck’s he?’ Tennant could POSSIBLY replace Chris E. Ha!) #TripOfALifetime

Took a bit of digging, but I managed to find my old invite to the press screening of Rose. @bbcdoctorwho @dwcoverstory #TripOfALifetime

My then boyfriend (who is no longer with us). I remember pleading and negotiating with the doctors to let me convalesce at home. I’d waited since I was a kid for #DoctorWho to come back and I wasn’t going to miss it! #TripOfALifetime

This makes me insanely happy, in dark worrying times! RTD @russelldavies63 is here with us today! #TripOfALifetime #DoctorWho

This is such a good frickin’ read, I don’t even know where to #TripOfALifetime

It truly is time for the return of Clive posting. #DoctorWho #TripOfALifetime

Today marks 15 years since #DoctorWho returned to our screens in ‘Rose’, and what an amazing 15 years it has been! #TripofaLifetime

@russelldavies63 This is so exciting to have you here on Twitter. Enjoy the insanity 😁 #TripOfALifetime

I wont be watching Rose tonight as it clashes with my dungeon run in World of Warcraft! Will be joining you for The Eleventh Hour though #TripOfALifetime #Geronimo

Makes me very happy that Russell T Davies is now on Twitter, even if only temporarily. #TripOfALifetime

made a poster for the livestream today (1x01) #DoctorWho #TripOfALifetime

Russell T Davies will be joining Twitter for a celebration of Rose on its 15th anniversary! Join him and fans around the world for a special rewatch of the episode which relaunched #DoctorWho Watch however you can (it’s on iPlayer) at 7pm GMT and chat online #TripofaLifetime💥