The BCCI wishes all of you a very Happy Republic Day. 🇮🇳 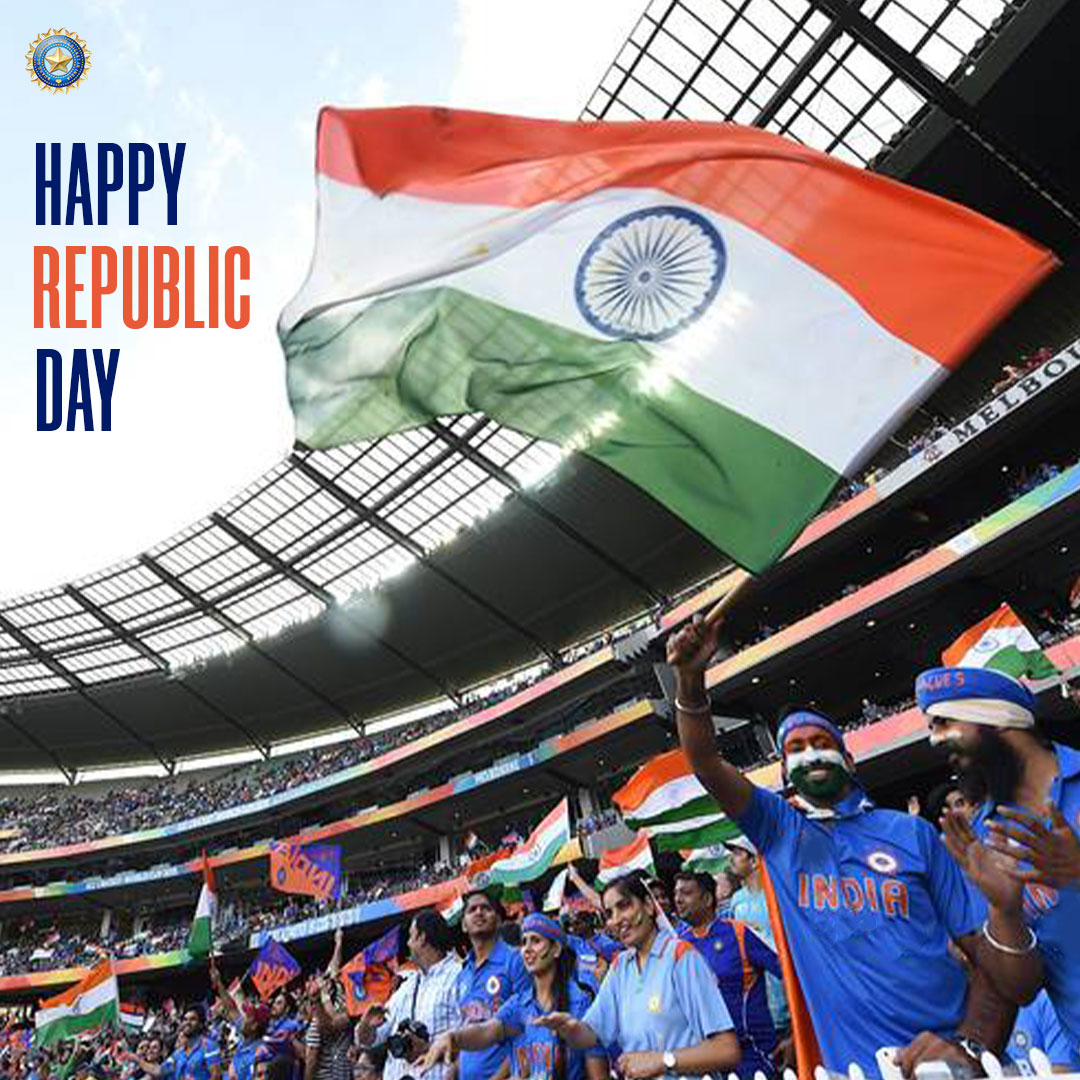 I agree that KL Rahul is the opener. But KL Rahul is now a senior player in the Indian team. He has so much experience that he can even play in the middle order, and he has played. And there is also the wicketkeeper, the BCCI has forgotten

@SDhawan25 You all play for @BCCI …. It’s a private organisation …. You evoke feeling of Nationalism in us so that we watch the matches & you all get good ads.

@Munnaa @_BCCI__ No split cap between the white ball games. So stop shaming BCCI. Kohli left the cap in red ball. So they have given that to Rohit Sharma as well. Whats wrong with

2 egocentric captains from past and current ! You may not remember when BCCI started having isse with Late Captain Ajit Wadekar and whole team stopped performing. Only Farokh Engineer who did not care for BCCI stood firm !

@BCCI Any reason for not selecting Gaekwad in T20? He made more runs in T20 & made name out of it but I told you the Street selection committee is way better than these bunch of jokers. Reason for downfall of indian cricket

@BCCI Rohit, KL, Virat, Pant, Sky, Venky, Harshal, Axar, Deepak, Bhuvi, Yuzi my playing X1 Even though I want to pick Siraj instead of Bhuvi but I Know rohit will pick Bhuvi first. He always shown lot of faith in Bhuvi.

@BCCI Change VC from KL Rahul to someone else,Look and groom a successor to Rohit. KL captaincy is have seen in IPL already his to groom Pant or shreyas into VC role.

@BCCI No need to include any bowler who if goes over in ODI and per over in T20 and also couldn’t last 3 balls to finish off the games. You can see such players are keeping championships away from India and are their in both the announced squads.

@BCCI So venkatesh iyer was a scapegoat ..not a fan of him but just saying where is that extended run n trust u all talk abt.

@vikrantgupta73 Why LK Rahul is still the VC even after whitewash? When loses his place in ODI only after 2 matches They are only destroying players. Inconsistency continues even after Virat captaincy @BCCI

The BCCI wishes all of you a very Happy Republic Day. 🇮🇳