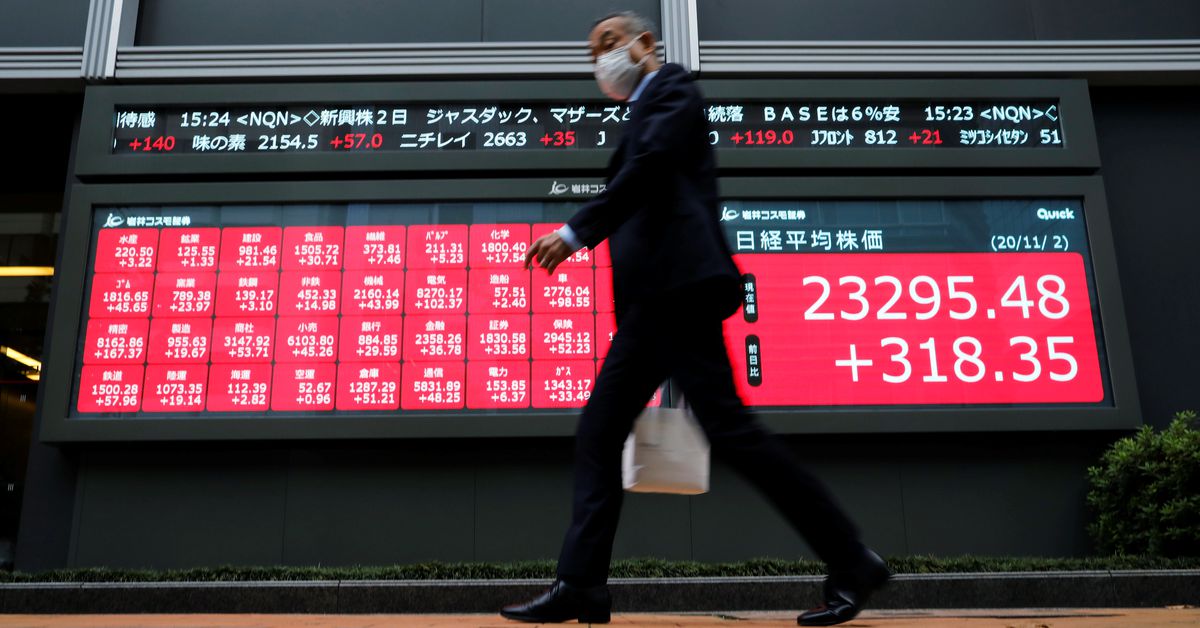 The STOXX index of 600 European companies eased 0.16%, slipping further away from its lifetime high of mid-August. The MSCI All Country World Index was down 0.18%.

"The weak China retail sales data is a shocker and shows that unless you get the Delta variant under control, any recovery is going to be difficult," said Michael Hewson, chief markets analyst at CMC Markets.

A burst of data out of China showed growth in its factory and retail sectors continued to falter in August with output and sales growth hitting one-year lows as fresh coronavirus outbreaks and supply disruptions threatened its economic recovery.

Meanwhile, UK inflation hit a more than nine-year high last month after the biggest monthly jump in the annual rate in at least 24 years, though largely due to a one-off boost that analysts said was likely to be temporary.

The UK data contrasted with figures from the United States on Tuesday which showed that Consumer Price Index (CPI) in August posted its smallest gain in six months, suggesting inflation has probably peaked, aligning with Fed Chair Jerome Powells long-held belief that high inflation is transitory.