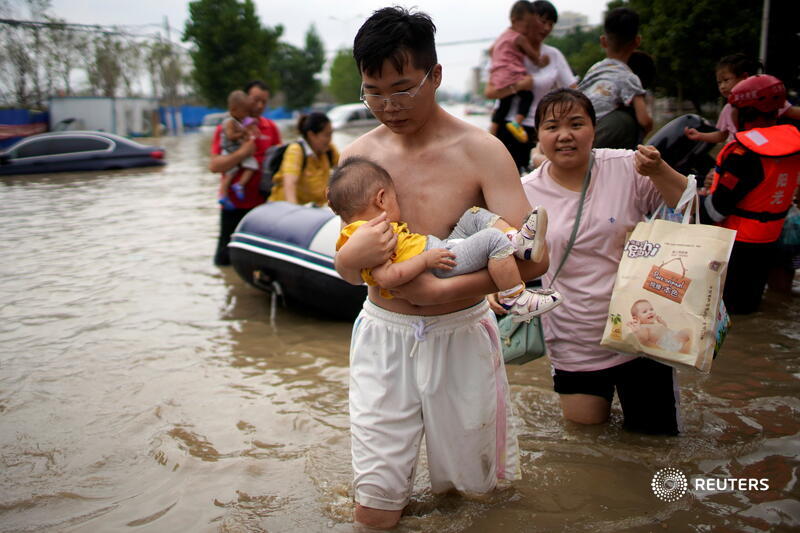 At least 25 people were killed and another seven were missing as torrential rain lashed China’s central province of Henan, causing landslides and flooding that partially submerged the underground rail system of Zhengzhou.

About 200,000 residents were evacuated as of Wednesday as soldiers led rescue efforts in Zhengzhou – a city of more than 10 million people – where days of rain have inundated the streets and subway, local government officials said.

Images shared on social media on Tuesday showed passengers up to their necks in water and clinging to the handrails inside a carriage on Zhengzhou’s subway. Other passengers filmed videos of the water rising in the tunnels outside the carriage windows.

The provincial capital had “experienced a series of rare and heavy rainstorms, causing water to accumulate in Zhengzhou metro”, city officials said in a Weibo post on Wednesday.

“The water reached my chest,” a survivor wrote on social media. “I was really scared, but the most terrifying thing was not the water, but the increasingly diminishing air supply in the carriage.”

The dead included four people who were killed in Gongyi city where houses and walls collapsed, the official Xinhua news agency said, adding that rainfall had caused multiple landslides.

Storms have battered Henan province since the weekend in an unusually active rainy season that has caused rivers to burst their banks, flooding the streets of a dozen cities and upending the daily lives of millions of people.

Weather authorities in Zhengzhou, nearly 700km (431 miles) southeast of Beijing, say the rainfall was the highest since record-keeping began 60 years ago with the city seeing the kind of rain it usually gets in a year in just three days.