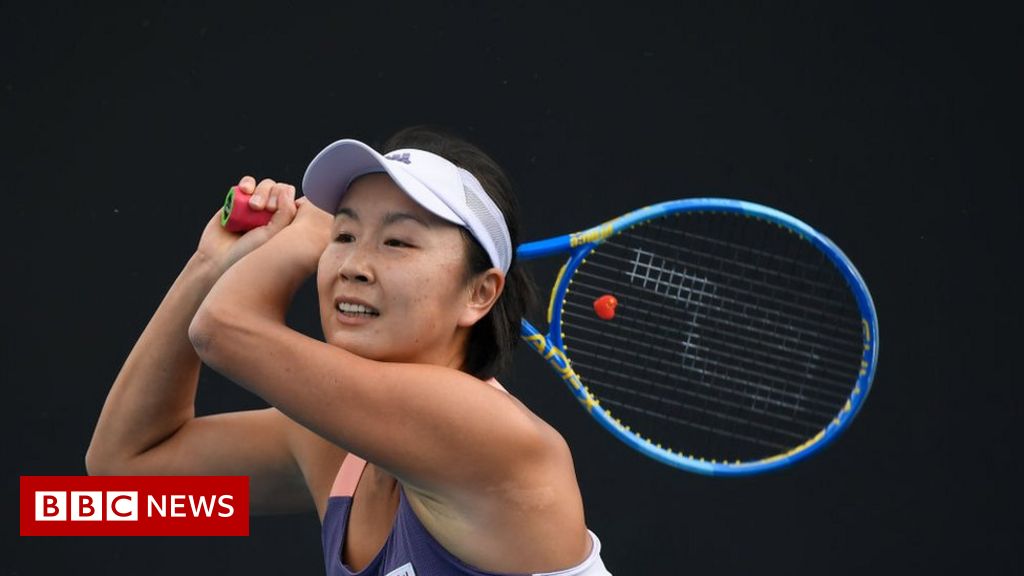 A man claiming to be an associate of Chinese tennis star Peng Shuai has accused the head of the Womens Tennis Association of allegedly ignoring an email from her.

Peng, 35, who is one of Chinas top tennis players, had earlier this month wrote a 1,600-word post on Chinese social media platform Weibo, where she laid out her allegations against the 75-year-old Mr Zhang.

Little is known about Mr Ding, who claims he is friends with Peng. He is reportedly a senior executive of a company that organizes sport events and and manages athletes, and his relationship to the tennis star is also not clear.

He said Peng had sent an email to Mr Simon, in which she said: "At the moment I do not want to be disturbed, and especially [can you] not hype up my personal affairs. I hope to live quietly. Thank you again for your concern."

He also claimed Mr Simon had given her contact details to more than 10 tennis players as well as media outlets, causing her to be "bothered" by many phone calls.

Mr Ding added that Peng was in Beijing and had "freedom of movement". He claimed she was under "absolutely no supervision nor pressure, and there was definitely no punishment".

When the BBC asked to speak to her however, he said "she only wishes to have a good rest alone in her own home", reiterating a line carried in state media to justify her absence from public view.

Mr Ding added that the authorities were not investigating nor taking any action with regards to Pengs allegations, as her alleged emails to WTA showed "there was no sexual assault". This is despite Peng having explicitly stated she was forced to have sex with Zhang Gaoli.

China Beefs up Rights of Workers in Ride-Hailing Industry

China Enshrines Ride-Hailing Curbs in Another Blow to Didi

Rolling back US-China tariffs would ease inflation in the US, former Treasury secretary says