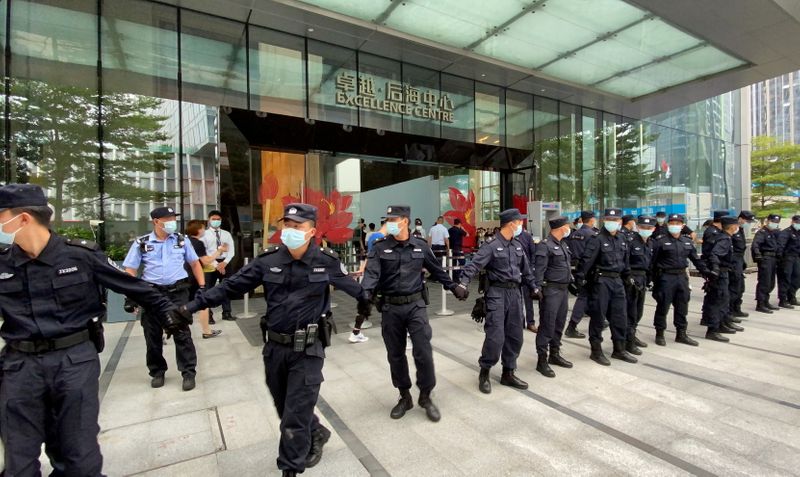 Security personnel form a human chain as they guard outside the Evergrandes headquarters, where people gathered to demand repayment of loans and financial products, in Shenzhen, Guangdong province, China September 13, 2021. REUTERS/David Kirton/File Photo

Sept 15 (Reuters) - Chinas Ministry of Housing and Urban-Rural Development has told major banks that Evergrande (3333.HK) will not be able to make loan interest payments due Sept. 20, Bloomberg News reported on Wednesday, citing people familiar with the matter.

Evergrande, the countrys No.2 property developer, is still in talks with banks on the possibility of extending payments and rolling over some loans, Bloomberg reported, adding that the housing ministry has convened a meeting with banks this week.

Rating agency Fitch said that numerous sectors could be exposed to heightened credit risk if Chinas No.2 property developer Evergrande Group (3333.HK) were to default, although the overall impact on the banking sector would be manageable.