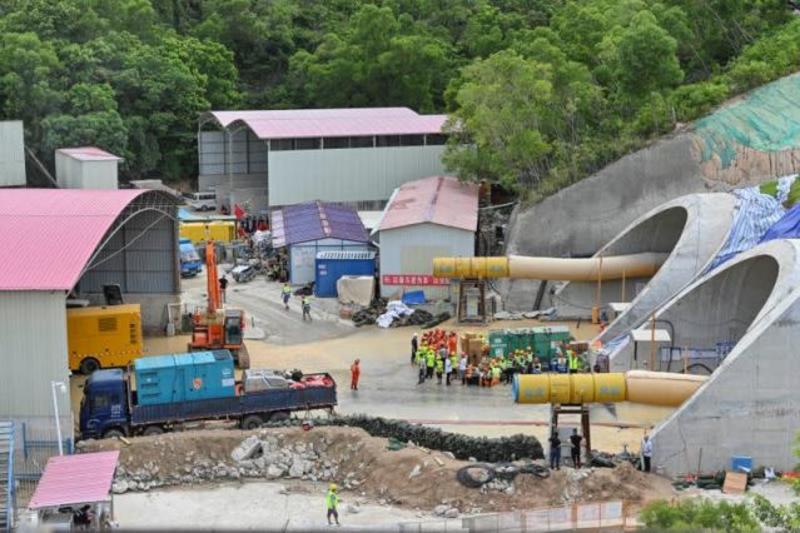 Rescue workers are seen at an entrance to the flooded Shijingshan tunnel, where construction workers were trapped, in Zhuhai, Guangdong province, China July 16, 2021. cnsphoto via REUTERS

SHANGHAI, July 22 (Reuters) - Rescuers have found the bodies of 10 more workers who were trapped in a flooded highway tunnel in the southern Chinese city of Zhuhai last week, bringing the death toll to 13, state media reported late on Wednesday.

Rescuers have been unable to establish contact with one remaining worker trapped in the tunnel, China Central Television reported. Rescue work is continuing.

On July 15, water suddenly leaked into the Shijingshan tunnel, which is being built under a reservoir, trapping 14 workers more than a kilometre from the entrance.

At least 25 people have died in Chinas flood-stricken central province of Henan, a dozen of them in a subway line in its capital Zhengzhou, and more rains are forecast for the region.

Tokyo 2020 Olympics: Boxer Pooja Rani loses in quarterfinal to miss out on medal