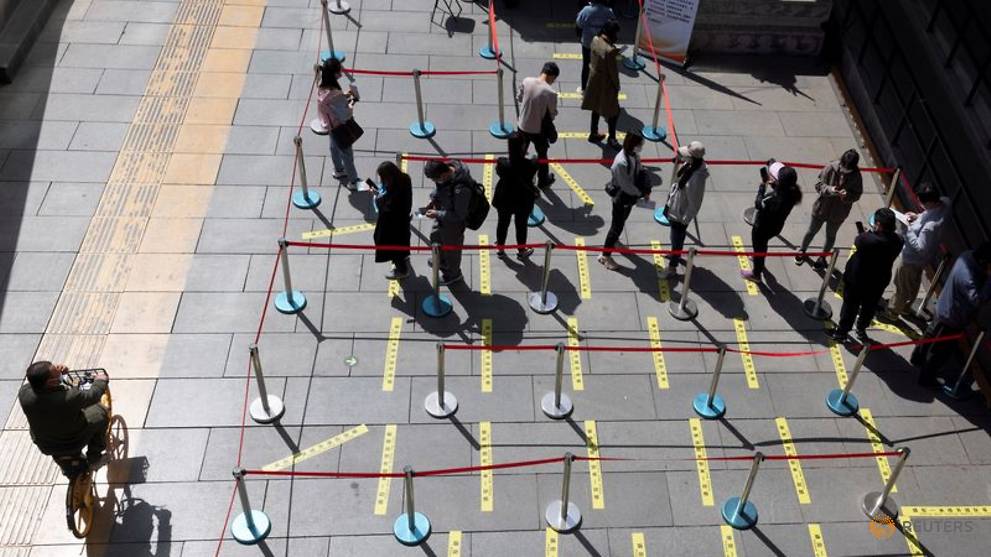 BEIJING: Chinas capital Beijing has fully vaccinated nearly 91 per cent of its adult residents against COVID-19, data from the municipal government showed, as the country expands its nationwide vaccination efforts.

Some 17.7 million people, or 90.8 per cent of adult residents in Beijing, had been inoculated as of Jul 21, city authorities said on Thursday (Jul 22) via social media. That accounts for roughly 80.8 per cent of its total population of 21.9 million.

Full vaccinations of adults in other large Chinese cities have also made significant headway, with Shanghai and Wuhan exceeding rates of 80 per cent and 77 per cent respectively, local authorities said.

China said on Thursday it has administered 1.49 billion doses of COVID-19 shots as of Jul 21 but it does not disclose nationwide data on how many people have been fully vaccinated.

The vaccination pace in China slowed to about 11.8 million doses per day on average in July, compared with an average of nearly 20 million in June, while vaccination rates in some provinces lagged behind those seen in major cities.

The northern province of Shanxi said 46.7 per cent of its adults have received two doses as of Jul 20 while the full inoculation rate for adults in the eastern Zhejiang was 49.8 per cent by Jul 19.

China is expected to vaccinate at least 70 per cent of target groups by the end of this year, Zeng Yixin, vice head of the National Health Commission, told the official Xinhua news agency last month, without giving details of the groups.

Shanxi said it aims to reach at least a 91.2 per cent vaccination rate for those aged above 12 in the second half of this year, without specifying whether the target is for a full vaccination rate or not.