SHANGHAI, Nov 26 (Reuters) - A handful of local COVID-19 cases in eastern parts of China have prompted Shanghai city to limit tourism activities and a nearby city to cut public transportation services, as China insists on zero tolerance on spread. 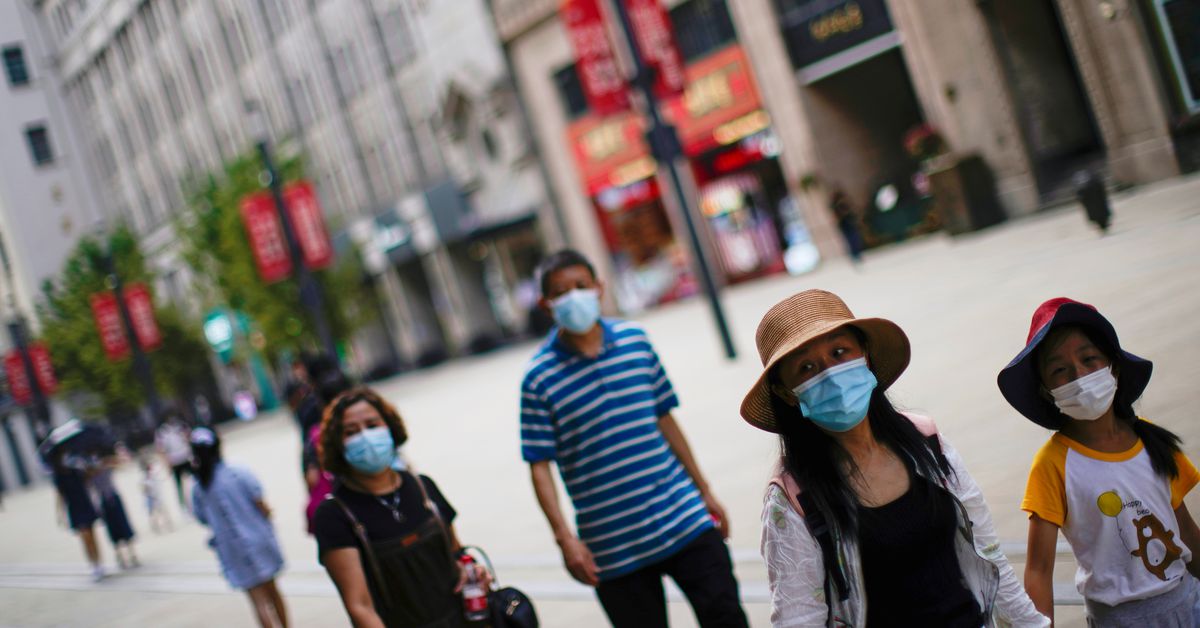 SHANGHAI, Nov 26 (Reuters) - A handful of local COVID-19 cases in eastern parts of China have prompted Shanghai city to limit tourism activities and a nearby city to cut public transportation services, as China insists on zero tolerance against letting clusters spread.

National health officials had said earlier this month that Chinas aim is not to remain at zero infections, but to make sure local clusters can be detected and contained as quickly as possible.

The financial hub of 24.9 million residents has sealed up a few residential compounds deemed of higher infection risk, and two local hospitals have halted some face-to-face services to comply with COVID control.

Xuzhou city in the eastern Jiangsu province, about 9 hour- drive from Shanghai, reported one locally transmitted asymptomatic carrier for Nov. 25 who was a close contact of a Shanghai infection. China counts asymptomatic cases separately.

The city of 9.1 million population has suspended all its three subway lines, cut some citywide as well as long-distance bus services and closed a few entrances on highways linking it and surrounding areas.

It advised residents not to leave town for unnecessary reasons, and those who have to travel must show proof of a negative test result within 48 hours before departure.

Xuzhou demanded suspensions of larger face-to-face public activities including concerts, sports events and exhibitions. It also required all schools to halt their offline classes between Friday and Sunday, and asked universities to tighten management on students requests to leave campus.

As of Nov. 25, mainland China had reported 98,583 confirmed cases with symptoms, including both local ones and those arriving from abroad. The total death toll remained unchanged at 4,636.

Facebook, now Meta, says China created a fake Swiss scientist to spread conspiracies that the US was falsely blaming it for COVID-19

Chinas birthrate in 2020 just hit another record low But the worst is yet to come
© Copyright 2021 tweet247.net All Rights Reserved.