Analysis: The WHO has a bold new plan to find covid-19’s origins. China could get in the way. 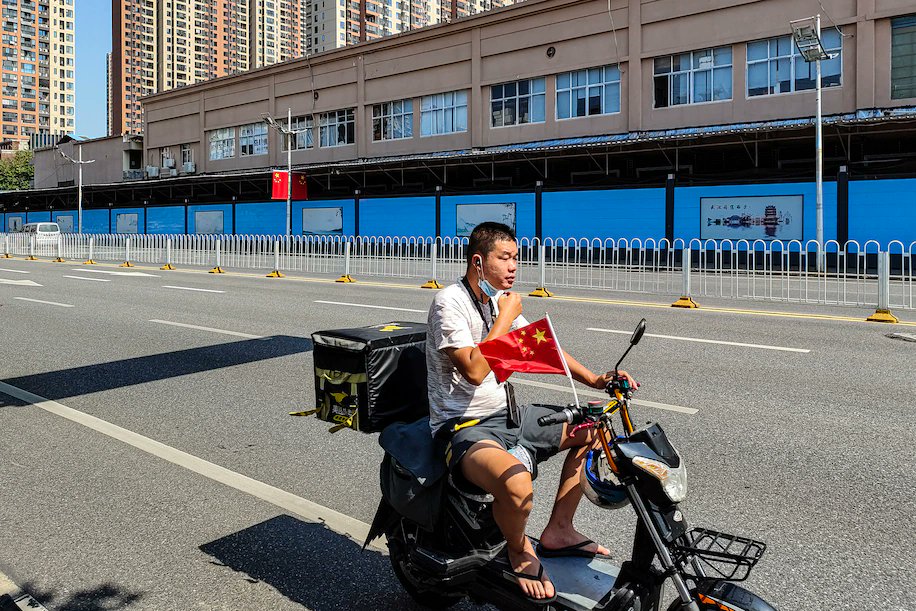 You’re reading an excerpt from the Today’s WorldView newsletter. Sign up to get the rest, including news from around the globe, interesting ideas and opinions to know, sent to your inbox every weekday.

The World Health Organization has a bold plan to better investigate the origins of covid-19 and other new outbreaks. It has assembled 26 highly respected scientists from around the world, carefully checked to be representative and free from conflicting interests, to form an independent group and consider not just how this pandemic started, but how other, future outbreaks might begin.

And yet this new plan is already encountering an old and familiar problem: the Chinese government. Without Beijing’s acquiescence, the hunt for the origins of covid-19 is likely to remain unresolved. It’s a conundrum that has raised serious questions about the WHO’s structure and whether it needs reform to better deal with the realities of a complex, divided world.

The proposed list of experts in WHO’s new group, the Scientific Advisory Group for the Origins of Novel Pathogens (SAGO), was announced Wednesday after a long period of development. The group is designed to avoid some of the issues that plagued the previous WHO-backed study of covid-19 origins, which saw a team of 10 international experts partner with Chinese researchers during a visit to Wuhan, where the first cases of covid-19 were reported.

WHO officials have framed the new body as a correction to the hyper-politicization of the issue of covid-19’s origin. Experts say the world needs to understand the origins of covid-19 — not to assign blame, but to ensure a disease doesn’t wreak such global havoc again. Setting up SAGO as a permanent entity that meets regularly could create a formula to make sure mistakes aren’t repeated.

But SAGO’s impact will be limited by default, given its nature as an advisory committee. If something merits further research, it will only be empowered to bring recommendations to the WHO. The WHO can, in turn, ask its member states to turn over records or allow an investigation on their soil. But the body has no ability to compel member states to do anything — especially not if a member state is one of the most powerful nations.

China has not been an easy partner for the WHO. Though the global health body and its leader, Director General Tedros Adhanom Ghebreyesus, were initially criticized for being too close to Beijing, the dispute between them became clear in March when the joint WHO-China mission to Wuhan concluded that the suggestion that the coronavirus that causes covid-19 escaped from a lab in the city was “extremely unlikely” and not worthy of further investigation.

Tedros openly criticized the finding, while one senior WHO official on the trip later suggested the wording was the result of pressure from their Chinese counterparts. In an editorial for Science released Wednesday, Tedros and other WHO officials emphasized that a lab leak cannot be ruled out unless the evidence says so.

“Laboratory hypotheses must be examined carefully, with a focus on labs in the location where the first reports of human infections emerged in Wuhan,” the officials wrote.

The idea of a laboratory leak has attracted global attention. And new revelations that suggest gaps in information about what work was pursued at facilities in Wuhan make it appear there is far more work needed to be done to rule the hypothesis out.

But there is plenty more that could be investigated outside of laboratories, too. Reporting for The Post this week, Michael Standaert and Eva Dou took a look at the caves of Enshi prefecture, an agricultural corner of China’s Hubei province, a roughly six-hour drive west of Wuhan.

Enshi contains a karst cave system with numerous bats in its 37 miles of passages. The caves are visited by tourists and locals. Nearby small farms once housed hundreds of thousands of wild animals (authorities began clamping down on the wildlife trade in Enshi in December 2019). But the Chinese government has offered little public information about the work done, if any, to see whether the bats or animals on the farms ever had SARS-CoV-2.

“We really need to find out more about what viruses are circulating in those bats,” Michael Worobey, an evolutionary biologist at the University of Arizona, told The Post. “That kind of proximity of farmed animals and bats that could be carrying coronaviruses is exactly the kind of thing we worry about.”

The WHO-China mission had included scores of recommendations for further study. Though Chinese officials have made statements that imply they are ongoing, WHO officials are still waiting for an update.