So I watched Halle Berry’s MMA movie for Netflix, which she directed, and 1. The depth of her MMA knowledge was pretty impressive. 2. This was a very strange movie. 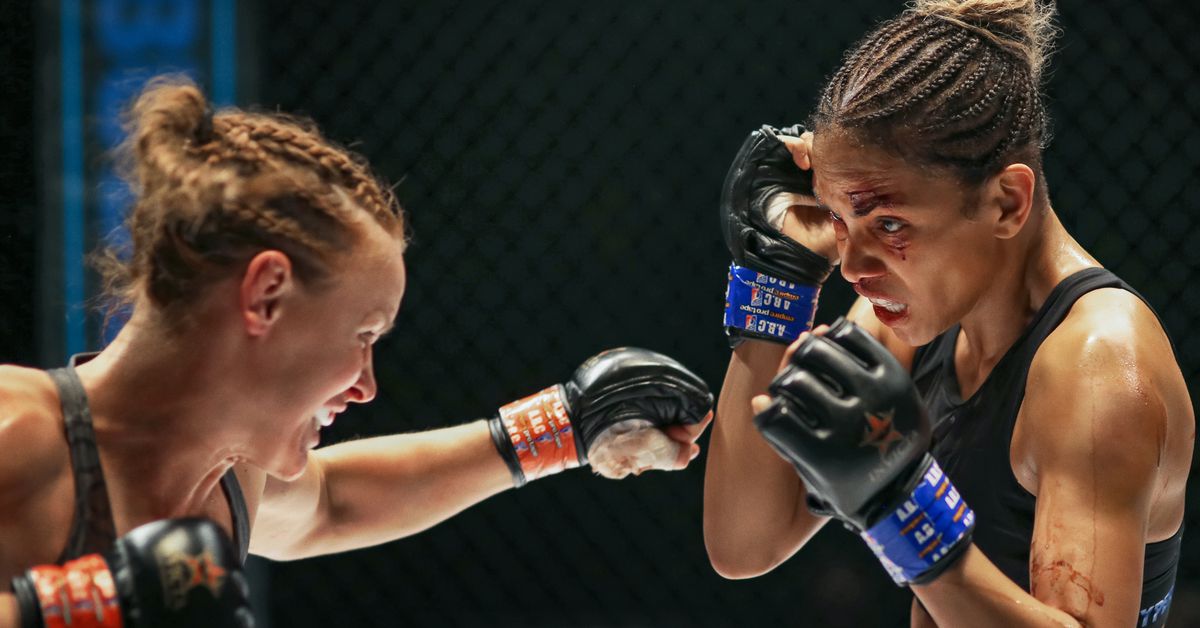 That’s right, Halle Berry directs herself, as an MMA fighter looking for love, sobriety, redemption, and general peace of mind in Bruised, new this week on Netflix.

It seems like every few years, some prominent director or actor catches the MMA bug. Gavin O’Connor, Dito Montiel, Kevin James, Mandy Moore — the list goes on. Jon Favreau deserves credit for being one of the first, introducing an MMA storyline into Friends, when his rich-guy character and boyfriend of Monica, Pete Becker, decides he wants to be UFC champion. This in an episode that featured a Tank Abbott cameo, aired all the way back in 1997, when the UFC was close to being banned in every state and Dana White was still teaching boxercise classes (given all the MMA references in Favreau’s later filmography, I assume the idea came from him, though I could be wrong).

So sure, maybe Halle Berry, playing an MMA fighter named “Jackie Justice” in her directorial debut, is a little late to the party. Still, there’s something oddly endearing about a 55-year-old (I had to look this up just now, before that I would’ve guessed she was about 44) Oscar winner deciding that the way she really wants to spend her clout is learning submission holds and pretending to get punched in the face by real MMA fighters.

In one of the first scenes, Jackie, a down-on-her-luck UFC washout, has been reduced to cleaning houses. She’s changing her shirt in the laundry room of a big house in the suburbs when the teenage rich kid who lives there tries to record her topless on his cell phone. She protests, but he won’t give her the phone to delete the video. He apparently never got the “you wouldn’t like me when I’m angry” memo, and Jackie the MMA she-Hulk tosses him roughly to the floor (I believe it was an osoto gari) and smashes his phone.

Which the true MMA heads in the audience will instantly recognize as a callback to Jorge Masvidal’s answer to the question of whether his punches to a clearly unconscious Ben Askren were necessary, becoming a famous MMA meme (for fans of poetic justice, more or less the same fate would befall Masvidal himself a few fights later).

So, yeah, Halle Berry seems to have gotten really into MMA. Which is pretty weird/cool on the face of it, like seeing Cate Blanchett in the pit at your favorite punk show.

Yet just because Halle Berry genuinely seems to like MMA doesn’t make her (or Bruised screenwriter Michelle Rosenfarb) any better at making a movie about it that’s actually good. Most movie people tend to find in MMA a handy-dandy metaphor for whatever. Which is fine, it’s a dramatic sport, that’s why we like it. It’s not that a movie with MMA movie needs to dissect the act of doing MMA, it’s just that most of the storylines MMA movies cover have already been done a hundred times already by better movies. (Don’t bring up Warrior, someone always brings up Warrior, Warrior was fine).

Bruised is already off to a bad start the minute you look at the status bar. It clocks in at a weighty 132 minutes, which I think most people would agree is too long for a genre picture about fighting. In the film’s first fight scene, Jackie’s Puerto Rican boyfriend played by Adan Canto drags her to an underground fight in a basement. There, a Russian she-hulk called “The Werewolf,” played by real-life she-hulk, jiu-jitsu champion Gabi Garcia (who doesn’t get many MMA fights for the simple reason that they can’t find many other women close enough to her 200-pound size to make a fight sanctionable) goads Jackie into a fight. Finally pushed too far, Jackie smashes The Werewolf’s face, Jared Leto-in-Fight-Club style.

This draws the attention of Invicta FC’s (a women’s fight promotion) fictional owner played by Shamier Anderson, who gives Jackie his business card. He gets Jackie set up with a new trainer, Buddhakan, played by Sheila Atim, who naturally wonders “why am I training this old washout who can’t even beat my most average fighter?”

So, is that what this is, you wonder? Halle Berry playing MMA’s version of The Waterboy? That would’ve been… well, an interesting choice, but it turns out to be only one of Bruised‘s half-committed gropes toward a guiding principle. It’s a movie whose method of avoiding the obvious clichés is to just sort of do all of them at once.

“Jackie Justice” — whether this is a birth name or a stage name is never addressed — is simultaneously: a down-on-her-luck fighter looking for redemption, a woman trying to escape an abusive relationship, an alcoholic, a survivor of child sexual abuse, someone struggling with both her sexuality and the mentor relationship, and a struggling mom trying to raise a mute child. That’s right, as if Jackie didn’t already have enough problems, she discovers that the father of the young boy she’d abandoned years ago has been killed, leaving her as the only guardian of a 5-ish-year-old boy (an extremely cute Danny Boyd Jr.) who is now too traumatized to speak. To put a finer point on it: That is too many things for a movie to be!

Bruised also has a bit of a believable dialogue problem. In one climactic scene, Jackie has a fight with her mother in which she reveals herself to be a survivor of childhood abuse. “I was raped,” Jackie snarls. “By all your boyfriends, and your nasty-ass brother Dexter.”