Kendrick Lamar and cars both go flying in new video for N95. 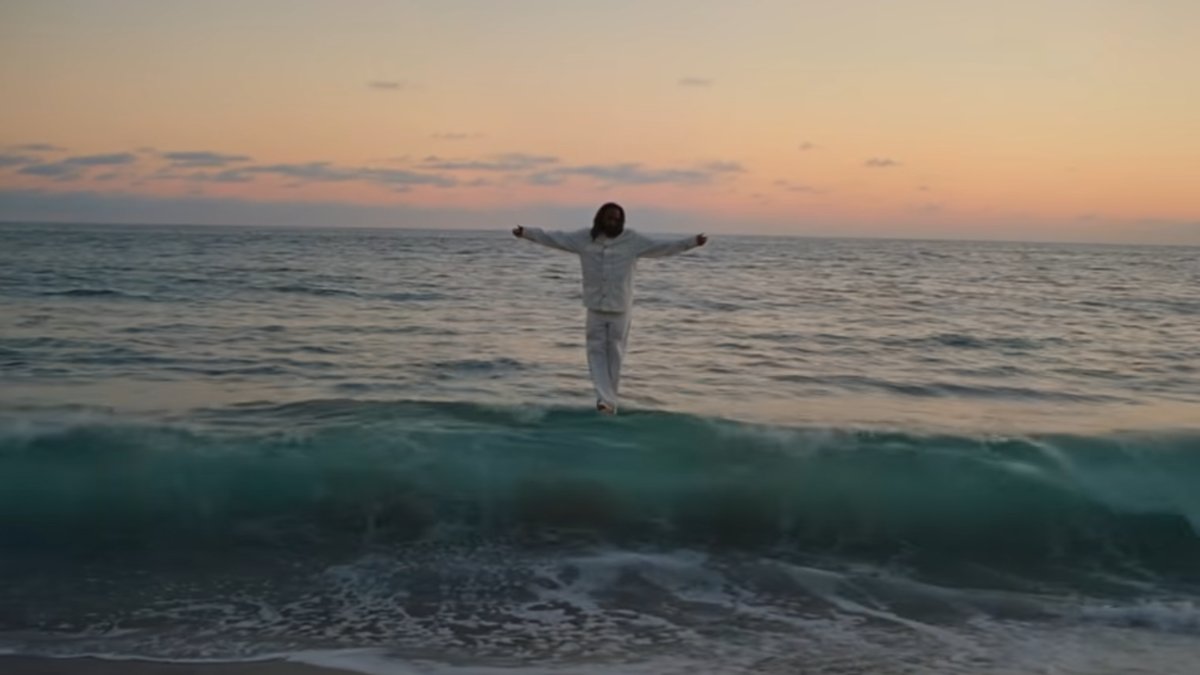 The promotional push for Mr. Morale And The Big Steppers, Kendrick Lamar’s first (non-soundtrack) album in five years, continues apace this weekend, with Lamar releasing an intense new video for “N95” today. The song, the second track on the first volume of the new album, seems to be all about reflecting on the weird places our culture has drifted to in recent years—including lines about “cancel culture,” “fabricated streams,” and a whole host of what feel like very COVID-era anxieties. The video, meanwhile, is a grab bag of imagery that tends to veer back to the religious, opening with a shot of Lamar invisibly crucified over rolling waves, and featuring a whole host of rapid cuts. Also: A car goes flying into a bunch of chairs at one point, which is a pretty exciting decision on Lamar and co-director Dave Free’s part. Also also, as it repeatedly reminds you with on-screen text: “This shit hard.”

Mr. Morale And The Big Steppers was released on Friday, with largely positive reviews continuing to come in for the Damn (and Black Panther: The Album) follow-up. (Although pulling from a pretty small base of reviews at this point, the album is currently rolling with unanimous praise on MetaCritic.) Among other things, the album has drawn attention for “Auntie Diaries,” a song in which Lamar raps about his love for two trans family members; the track has drawn praise from some quarters for its message of love and acceptance, while also catching criticism for the language Lamar uses while doing so.

Collaborators on the 18-track, two-volume album include Ghostface Killah, Pharrell Williams (in a songwriting and production capacity), Beth Gibbons, and more. Lamar—who popped up at Coachella recently, supporting his cousin Baby Keem (who also appears on Mr. Morale)—has announced that he’ll be touring (“The Big Steppers Tour”) in support of the album, starting in June, with 65 dates currently on the schedule.