How many times do we have to say this, the Brits dislike for meghan markle is nothing to do with her race it’s because she’s a liar and a narcissist. 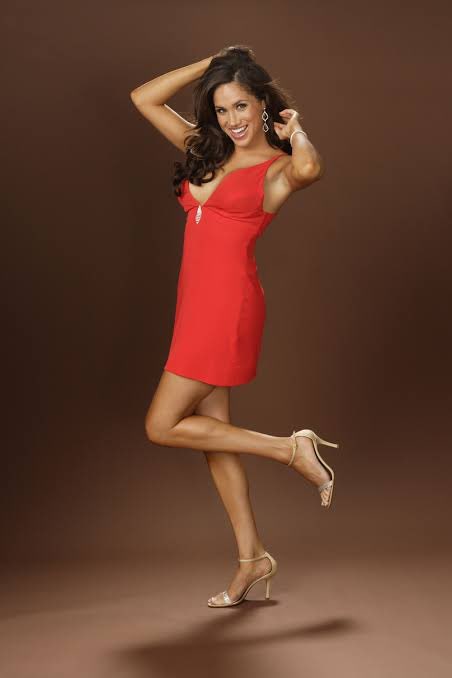 Nothing quite signals the end of summer like a daylong televised state funeral. As the UK’s monarch was laid to rest on Monday, there wasn’t much to do but quietly observe. Proceedings felt poised and proper, the surviving royals managing their perfected stiff upper lips as they publicly grieved.

Of course, everyone on the internet was talking about Meghan Markle, which appears to be Twitter’s resting state despite Markle’s withdrawal from public British life after she and Prince Harry relinquished their senior royal duties. Meghan participated in funereal procedures pitch-perfectly, objectively fulfilling the ambient obligations of any attendee – wearing black, being respectful, not causing a scene. Yet somehow the Duchess is once again being slated for acting inappropriately. Let me count the ways.

The initial feeling of familial unity as the Waleses and the Sussexes stepped out to greet streetside mourners was palpable: a message of post-traumatic harmony between allegedly (allegedly, allegedly) feuding brothers and wives, of family patching up differences in a time of loss. Yet this sense of calm quickly descended into online commotion when Meghan carried her own flowers. With an unreadable, almost blank face at the procession, Meghan was accused of disrespectfully smirking. Both Sussexes were criticised for holding hands as they walked into Westminster Hall. Meghan’s also been criticised for acting, as if royal public engagements are not at their hearts performative.

I’m cataloging these gripes to showcase how absurd, and frankly minor, they are in the scheme of burying a monarch. They feel like nothings, mere drips in the ocean of national mourning. Hating on a woman for holding her husband’s hand at his grandmother’s funeral is utterly unhinged. Today’s headlines are calling Meghan a manipulative bully.

It’s difficult not to see the racism or to explain away the vitriol for Markle – the droning, relentless persecution – as anything but racial prejudice. Meghan’s behaviour is in line with the Firm’s expectations for her. There was the fuss about wedding tights, and she wore tights this whole trip. Not to be too glib in the face of what’s shaping up to be a campaign of rampant discrimination, but after vocal concern about the colouring of her kids, she bore two light-skinned offspring. What more do these people want? It’s impossible to watch (white) Zara Tindall hold her (white) husband’s hand at the same event with zero criticism lobbed at them. For the record, I think Zara is great – I just can’t stand the double standard, the extra expectations on the biracial couple. Let’s not sugarcoat the idea that a Black woman’s display of affection and intimacy makes people more uncomfortable. Black actions are seen differently. They are scrutinised.

I wish there was a less clunky way of making this point; I wish the racism was elevated and sly and hidden and insidious, but it’s parading in plain sight and alarming in its boldness. Any non-white UK residents felt that all-too-familiar twinge of hostility as #MeghanMarkleGoHome trended.

I know that Meghan negativity sells or engages higher – that hate perpetuates hate and the ongoing smear campaign (which has no clear author) won’t burn itself out. I’m sure that becoming a Duchess wasn’t Meghan’s first introduction to racism, that she’s suffered more intimate and personal discriminations. My biggest worry is that this column about her racist treatment continues the cycle when I could just be praising her round-the-clock decorum, her grace under fire, trying to balance out the hatred. I wonder if high-profile cases like hers help us to talk more openly about racism and how it grouts our institutions and works its way into the cracks of our lives. I wonder if we’re able to call out a particular negativity toward people more freely. I sincerely hope we are.

The Tarot Horoscope For Each Zodiac Sign On October 2, 2022

North West, 9, Is So Grown Up In D&G Platforms Going ‘Sight Seeing’ With Kim Kardashian In Milan

Madame Wu Dies: Restaurateur To The Stars Was 106