‘Ms Marvel’ May Be Different From the Comics, but It’s Integral to the Future of the MCU

Kamala’s backstory and powers in ‘Ms. Marvel’ may differ from those of the comics, but the series’ latest revelations make it even more integral to Phase Four and the future of the MCU.. 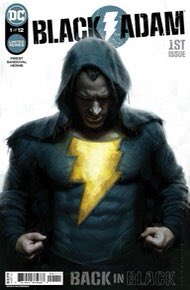 One of the biggest questions heading into Ms. Marvel was how the new Disney+ series would handle Kamala Khan’s superpowers and how she attains them. Even from the show’s trailers, it was evident that her abilities had undergone a marked transformation in the character’s transition from the comics to the small screen. In the first two episodes, she only started scratching the surface of what she could do with her mysterious bangle, as well as where it came from. As Ms. Marvel reached its midpoint with the release of the third episode on Wednesday, Kamala finally began to get some answers.

Before we explore the reveals from this week’s installment, though, let’s revisit Kamala’s origins in the comics. (To read more about Ms. Marvel’s comics history, check out my preview of the series from earlier this month.) Comics Kamala gains her abilities not due to a mystical bangle, but because she stumbles into a Terrigen Mist that unlocks her latent superpowers. As she later finds out, Kamala is an Inhuman, making her a member of an ancient race of superhumans who were originally created through experiments conducted by the alien Kree. (More on them later.) Her Inhuman genes connect her to the wider Marvel Universe and its history, and soon enough, Kamala is under the supervision of the Inhuman Royal Family and teaming up with their massive, teleporting dog as she masters her polymorphic abilities.

Given how important Kamala’s Inhuman origins are in the comics, it came as something of a surprise when Ms. Marvel the TV show appeared to be heading in a different direction. At the same time, it would be a rather burdensome task for head writer Bisha K. Ali and the rest of her team to have to reintroduce the Inhumans in the MCU as part of Kamala’s own origin story, since the very concept of them exists only within the worlds of ABC’s Inhumans and Agents of S.H.I.E.L.D. series. (Though that isn’t exactly true everywhere in the multiverse, thanks to Doctor Strange in the Multiverse of Madness.) It would only make sense, then, that Kamala’s powers in Ms. Marvel would manifest in a way that would be more palatable to viewers who haven’t read the comics or watched the Marvel TV shows outside of the MCU. As Marvel Studios president Kevin Feige told Empire, “[Kamala] came about in a very specific time within the comic-book continuity. She is now coming into a very specific time within the MCU continuity. And those two things didn’t match. … What we will learn about where those powers come from, and how they come about, is specific to the MCU.”

The third episode of Ms. Marvel begins to explore the source of Kamala’s powers from its opening moments. “Destined” starts with a flashback, taking us to British-occupied India in 1942, where Kamala’s great-grandmother, Aisha, and Kamran’s mother, Najma, have found the all-powerful bangle. (Interestingly enough, it turns out that there are two bangles, though the location of the second one is still unknown.) The bangle is buried beneath a pile of rubble, and also happens to be attached to a severed blue arm:

As Najma explains to Kamala in the present, Aisha, Najma, and the rest of their crew hail from what she refers to as the Noor Dimension, where they’re known as Clandestines. In this universe, however, they’re known by several names, most commonly Djinn. Exiled to Earth for some undisclosed reason (that Kamala probably should’ve asked about), these Clandestines have been searching for a way back home, and they nearly found it when they discovered one of the two bangles that day. But Aisha was separated from their group during the Partition, leaving her whereabouts and the location of the bangle unknown. That is, until Kamala reactivated it at AvengerCon.

The flashback and Najma’s lengthy history lesson all take place before the show’s title sequence, but the information dumps don’t end there. After Kamala brings her buddy Bruno up to speed, he tracks down some wildly specific readings about the Djinn, written in Urdu, and Mr. Khan finds him at the Circle Q just in time to help translate. “Supernatural beings of pre-Islamic folklore, the Djinn have had many names across time and cultures,” Mr. Khan reads. “Some call them genies. Others, demons. Legend tells of a group of hidden Djinn, exiled from their home world and damned to live out their days trapped in our own. They move in shadows, searching for the key that will help them get home. But to unlock such an ancient barrier will require a primordial power.”

Wherever Bruno found this stuff, the guy has not only given Kamala some helpful information about her new acquaintances, as well as where her own powers may come from, but he likely has provided us with the road map for the rest of Ms. Marvel. When Kamala tells Kamran that helping the Clandestines may be dangerous, Najma and her crew answer by crashing the wedding celebration of Kamala’s brother, revealing themselves to be the presumptive villains moving forward. (The heel turn is executed rather clumsily here. After waiting for decades, they really couldn’t just stand by for one more night to talk things through with Kamala and let her family enjoy the wedding? And you’d think that these supernatural beings would’ve had a better plan that wouldn’t have ended with them in handcuffs or been so easily thwarted by some meddling kids, as in an episode of Scooby-Doo.) There’s still a lot that Kamala needs to learn about the Djinn, the bangle, and what happened to Aisha, and by the end of the episode, it’s clear that her search for answers will lead her to Karachi next.

Even with everything that is revealed in “Destined,” new mysteries continue to emerge in Ms. Marvel, and some may be crucial to connecting Kamala to the future of the MCU. Let’s start with that severed blue arm from the flashback. Although the Clandestines seem unfazed by what appears to be an alien limb lying about, this arm may be a major hint at how Ms. Marvel will connect to Captain Marvel and The Marvels, as it seems likely that it was once attached to a Kree.

The Kree, including the villainous Ronan the Accuser from Guardians of the Galaxy, have appeared in several Marvel movies, and they play a major role in how Carol Danvers acquires her superpowers in Captain Marvel. The militaristic alien race come from the planet Hala, and though not always the case, the majority of Kree are blue-skinned. The Kree create and rely on advanced technology, and Kamala’s bangle could very well be one of their designs. We already know that Iman Vellani will reprise her role as Ms. Marvel in The Marvels, so it would also make sense for Kamala to find her connection to her idol Captain Marvel by way of the Kree. Assuming that the Kree are now involved in the show, there’s still a chance that Kamala turns out to be Inhuman after all. But by altering Kamala’s origins and weaving the Djinn into the mix (integrating both pre-Islamic folklore and an ancient race with minor appearances in the comics), Ms. Marvel has seemingly found a way to make ties to the larger MCU that are still consistent with the themes and subject matter of the series.

Whether or not the bangle is of Kree origin, all of this talk of mystical artifacts of unknown origins and alternate dimensions brings to mind another recent MCU movie: Shang-Chi and the Legend of the Ten Rings. The 2021 film brings Shang-Chi to a dimension filled with Chinese mythological creatures, and by the end of it, he inherits his father Wenwu’s rings. These mystical bracelets kept Wenwu alive for a thousand years and granted him the power to establish an organization capable of conquering kingdoms and tearing down governments. And though the exact connection isn’t clear yet, the cavern where Aisha and the Clandestines find the bangle in “Destined” features an unmistakable rendering of the Ten Rings symbol across its floor:

It’s a fascinating, unexpected crossover that may have something to do with the film’s mid-credits scene, which finds Shang-Chi and his friend Katy meeting with Wong, Bruce Banner, and Captain Marvel herself, as they put their heads together to figure out the nature and origins of the ten rings. Between Wong, Banner, and Danvers, the three possess extensive knowledge of the mystic arts, science, and alien technology, yet none of them has any idea where the artifacts could come from. All they’re able to discern is that they’re really old, and that when Shang-Chi first used them, the rings emitted a signal to some unknown location in the multiverse. Although it isn’t quite the same as interdimensional communication, the end of “Destined” reveals that visions of a train brought forth by the bangle could be seen by Kamala in New Jersey and her grandmother in Pakistan at the same time.

As the series heads to Karachi next week, Ms. Marvel still has much to explain about Kamala’s ties to the Djinn and the origins of her bangle, but the show’s action and stakes are escalating quickly. As Feige recently teased, the end of Phase Four is approaching, and “people will start to see where this next saga is going” in the coming months. He could be referring to this summer’s Thor: Love and Thunder, but given the third episode’s connections to Shang-Chi, (potentially) the Kree Empire, and yet another dimension across the multiverse, it’s starting to feel like Ms. Marvel could reveal even more about the next major event that the MCU is heading toward after the conclusion of the Infinity Saga.

Moss vs Ezekiel vs Miz vs Corbin – Qualifying Match