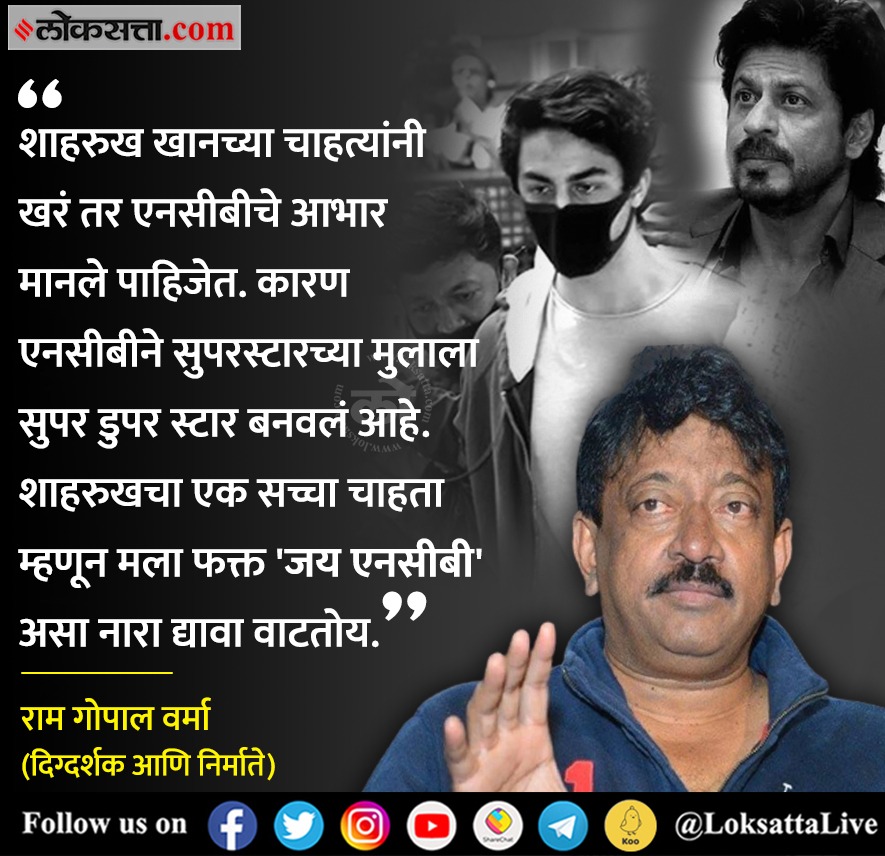 Shah Rukh Khan and wife Gauri are going through the worst phase of their life. Aryan Khan is under the custody of NCB and has been shifted to the normal cell of Arthur Road Jail. He is being held for the alleged procurement of narcotic substances. Fans are praying that he gets bail today. Over the days, people have come out in support of Aryan Khan. Now, filmmaker Ram Gopal Varma has written that NCB has already made Aryan Khan a superstar and genuine and intelligent fans should recognize this. He posted a series of tweets on how NCB and media managed to sky-rocket Aryan Khans career. Check out the tweets here... Also Read - Aryan Khan drug case: Kamaal R Khan praises Kangana Ranaut; slams Bollywoods silence over the arrest of Shah Rukh Khans son

All genuine and intelligent fans of @iamsrk should thank the great NCB for making their SUPER STAR’s son into a SUPER DUPER STAR ..As a @iamsrk ‘s genuine fan I just want to shout JAI NCB ?????

The launch of @iamsrk ‘s son has 4 phases as in the son of @iamsrk ,the director who does his first film ,the NCB in general and ofcourse the media for giving such an EXTRAORDINARY LAUNCH even before his father could ,but NCB tops the list ?