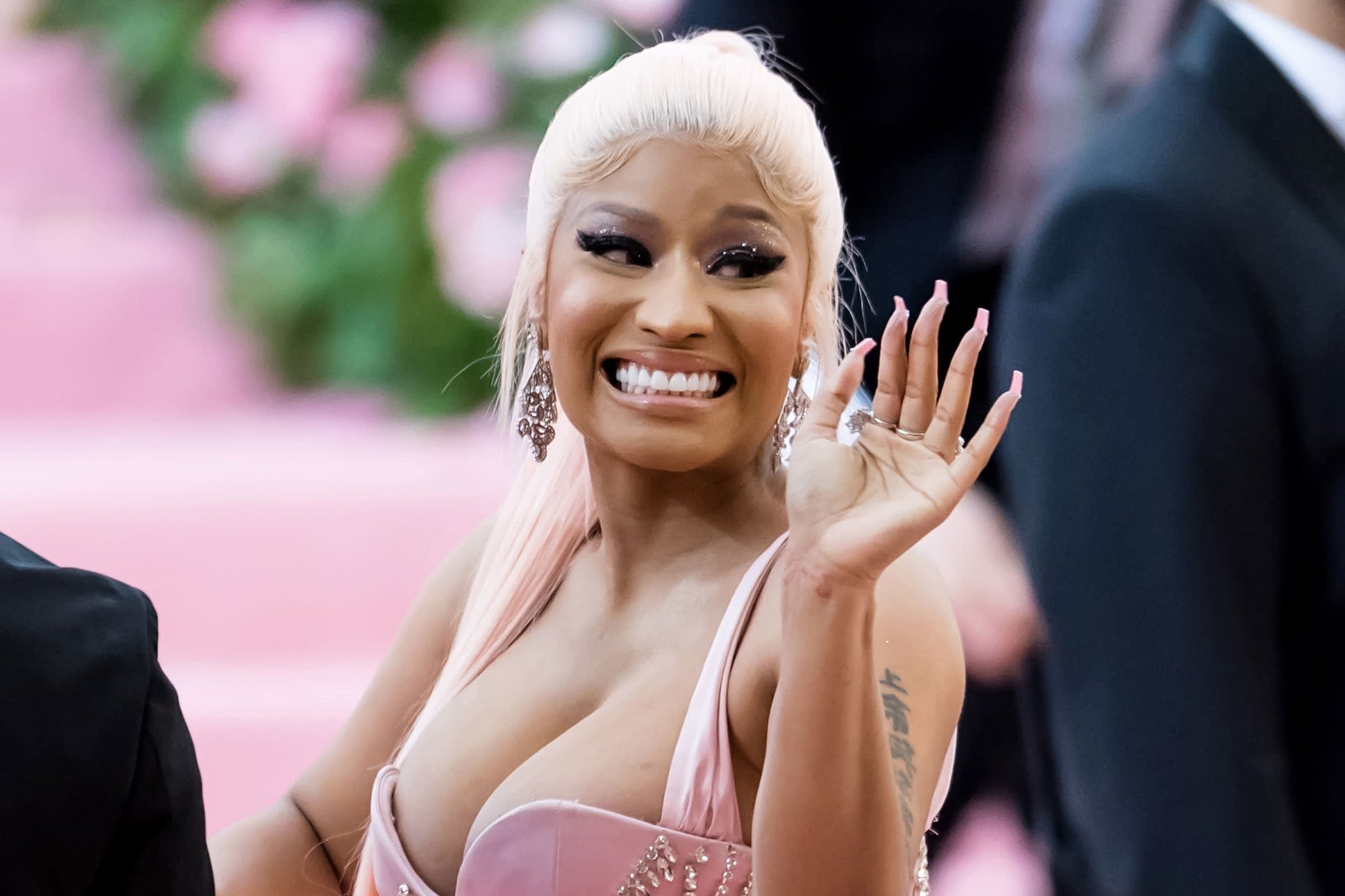 Nicki Minaj faced public backlash Tuesday after tweeting the day before that a friend of her cousin developed swollen testicles and impotence after getting vaccinated against Covid-19.

In a series of tweets Monday, the ten-time Grammy nominated rap artist told fans she would only get immunized once she did enough research and recommended that they wear masks and get the shots if theyre required to for work. Minaj skipped this years Met Gala, which enforced a vaccine mandate, saying she was avoiding public events, generally, because she has a new baby at home.

Minaj said she was shooting a video and preparing for the Video Music Awards, which aired Sunday, when she caught Covid earlier this year and had to quarantine away from her infant son for a week.

MSNBC National Correspondent Joy Ann Reid criticized Minaj: "You have 22 million followers on Twitter. For you to use your platform to encourage our community to not protect themselves and save their lives, by God sister, you can do better than that."

"We are all human, and we tend to associate things," Dr. Arturo Casadevall, chair of molecular microbiology and immunology at the Johns Hopkins Bloomberg School of Public Health told CNBC. He noted that swollen testicles and impotence arent side effects to the vaccine. "So oftentimes, things that are not related get associated, and to that person, that association is very strong. But this is why we have science."

Casadevall said that the symptoms experienced by Minajs cousins friend were "almost certainly" not connected to the vaccines, and the timing was just a coincidence.

Minaj skipped the Met Gala in New York City Monday night, which enforced a vaccine requirement for guests. She replied to a fan who noted Minaj had not made a public appearance for over a year, saying that she was avoiding travel to protect the health of her infant son.

In a subsequent tweet, Minaj said she was "sure" shed eventually get vaccinated in order to go on tour. Attempts to reach Minajs representatives were unsuccessful.

Vaccine hesitancy is common nationwide, a recent CNBC/Change Research poll found, and its a major obstacle to achieving the herd immunity experts say is necessary to curb future Covid surges in the U.S. The poll reported that 34% of unvaccinated respondents said they were worried about the vaccines side effects, while another 34% said their suspicion of the federal government made them reluctant to vaccinate.

"These vaccines are extremely safe," Casadevall said, noting that the risks of the side effects from the vaccines are significantly lower than the health risks posed by the virus. "Covid, on the other hand, is deadly, unpredictable."