‘Riverdale’ Actor Ryan Grantham Sentenced To Life Behind Bars For Matricide; Not Eligible For Parole For 14 Years

‘Riverdale’ Actor Ryan Grantham Sentenced To Life Behind Bars For Matricide; Not Eligible For Parole For 14 Years via @Deadline. 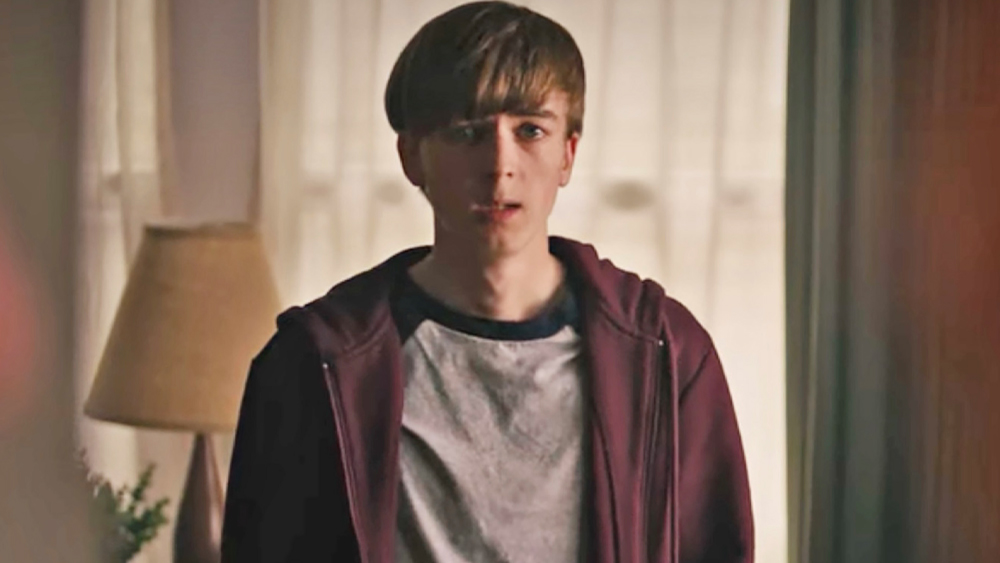 Former Riverdale and Diary of a Wimpy Kid actor Ryan Grantham has been sentenced to life behind bars without the possibility of parole for 14 years for the 2020 killing of his mother.

The by-the-book second-degree murder punishment was handed down by British Columbia Supreme Court Justice Kathleen Ker on September 21 in Vancouver. With the sentence already a forgone conclusion over the laws of the Canadian province, the only real wild card was how long the guilty pleading Grantham would have to wait before the currently 24-year-old could apply for parole.

The Leo Awards nominated Grantham turned himself into police soon after shooting his 64-year-old mother Barbara Waite in the back of the head on March 31, 2020, in the family’s Squamish home, just north of Vancouver.

A second-degree murder charge in B.C. comes with no parole eligibility of between 10 and 25 years. In that context, prosecutors had recommended in a sentencing hearing earlier this year that Grantham receive a parole ineligibility up to 18 years. The former actor’s legal team had suggested 12 years as a fair consequence. Clearly Justice Ker met them in the middle in her ruling this week.

Originally charged with first-degree murder, Grantham has been in custody for the past two and a half years, law enforcement officials in Vancouver confirmed to Deadline today. Participating in a mental health program since his arrest, Grantham is in the process of being readied for transfer to a more permanent facility, sources say.

With around 30 credits on his resume, Grantham noticeably played Jeffrey Augustine on the fourth season of the CW soapy Riverdale in 2019. While appearing briefly, the character had a pivotal role in the Archie comics-based show. It was Jeffrey Augustine who killed the late Luke Perry portrayed Fred Andrews on the series in a hit and run that changed almost everything on the show. Starting his career back in 2007, Grantham also appeared in the 2010 movie Diary of a Wimpy Kid, as well as stints on Supernatural, iZombie and in The Imaginarium of Doctor Parnassus.

It later was revealed in court that after the murder of his mother, Grantham took video of the body and confessed to the killing on-camera. A day later, after carefully arranging the body in a semi-religious scene, Grantham hit the road. With ever changing intent, he at one point was going to try to kill Canadian PM Justin Trudeau, as he also wrote in a journal entered as evidence. Grantham also considered committing a mass shooting at Vancouver’s Simon Fraser University or on the iconic Lions Gate Bridge.

Thankfully, none of that came to pass and Grantham instead went to East Vancouver cop shop and surrendered. “I killed my mother,” he is reportedly to have bluntly declared to police at the front desk of the station.

Back in March of this year, the multiple credit actor expressed sorrow at what he had done. “In the face of something so horrible, saying sorry seems so pointless,” Grantham told the Vancouver court and Justice Ker, reading from a sheet of paper. “But from every fiber of my being, I am sorry.”

Entergalactic Is a Creative Breakthrough for Kid Cudi