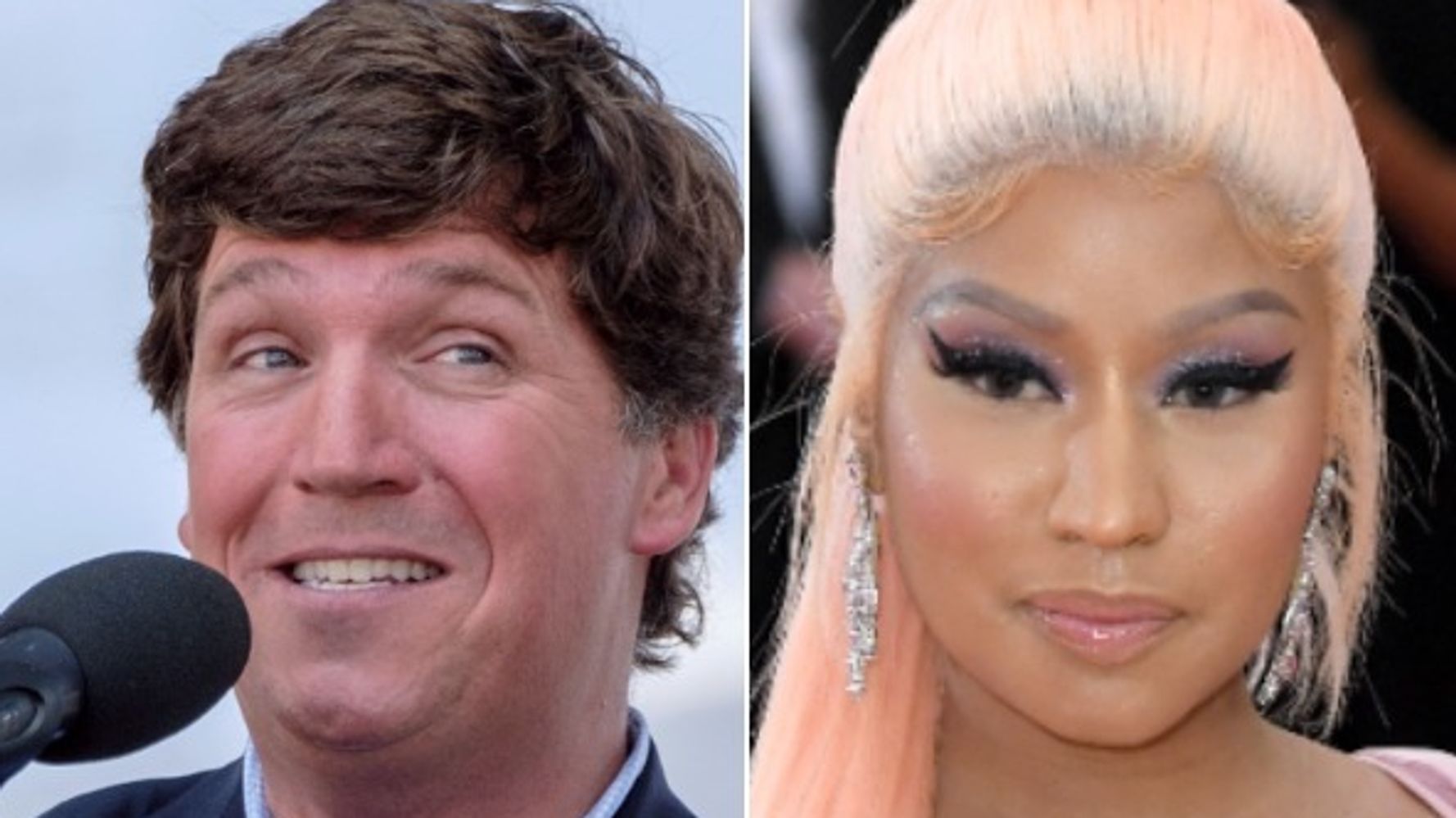 The Fox News personality on Tuesday issued an on-air plea to talk to the man in Trinidad who the unvaccinated hip hop star this week claimed, in a hotly-contested viral tweet, had suffered enlarged genitals and become impotent after receiving the shot ― and was then dumped before his wedding.

Public health experts, including top infectious diseases expert Dr. Anthony Fauci, have dismissed the rapper’s claims by saying there is no evidence the shots can cause reproductive problems.

“We haven’t been able to figure out whether this show is broadcast in Trinidad,” Carlson said at the end of a 10-minute segment dedicated to Minaj’s unsubstantiated claim.

“But if Nicki Minaj’s cousin’s friend is watching, or his former fiancee is watching, we want to hear your story,” he continued. “We’ll come to Port of Spain to see you. Let us know.”

Tucker Carlson: "If Nicki Minaj’s cousin’s friend is watching, or his former fiancee is watching, we want to hear your story. Well come to Port of Spain to see you." pic.twitter.com/j30R0Eu4oT

Earlier on his widely watched show, self-confessed liar and sower of doubts about the vaccine Carlson corrected his previous night’s assertion in a graphic that it was Minaj’s cousin — and not his cousin’s friend — whose testicles had become enlarged.