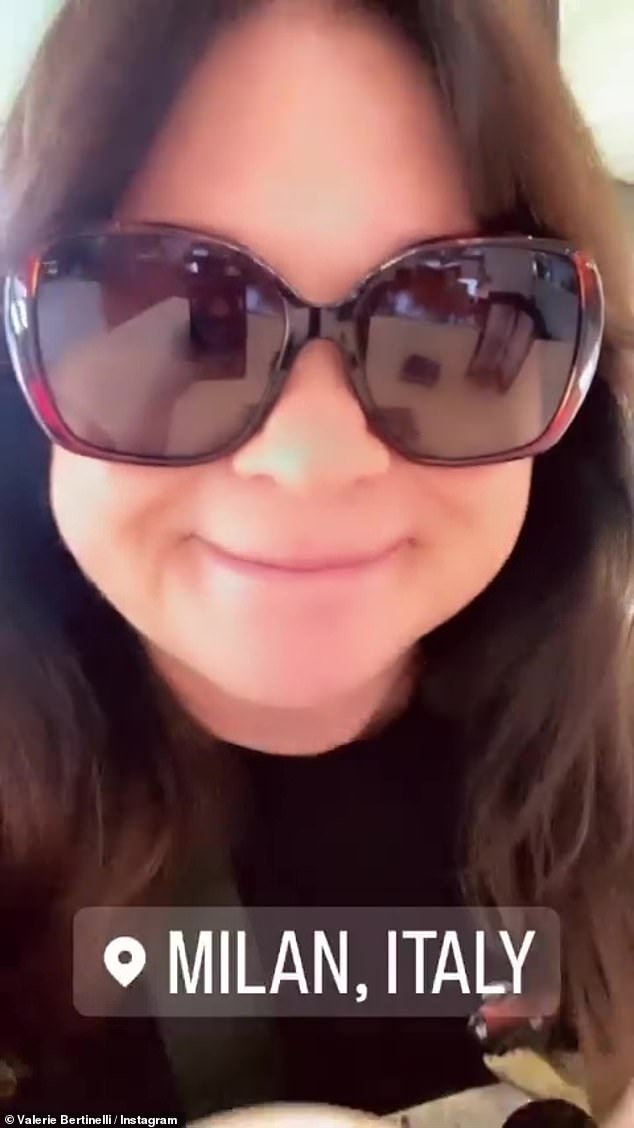 Antonia DeBianchi is an Associate Editor, Food & Lifestyle, at PEOPLE. She writes everything from exclusives with Martha Stewart to coverage of TikTok food trends. Before joining PEOPLE, Antonia wrote for the recipe vertical at the Kitchn. She has also freelanced for TODAY Digital, Food52, and Insider. She graduated from Boston University with a degree in Journalism. Antonia enjoys baking and posting food content to Instagram in her free time.

Bertinelli shared on Instagram that she was enjoying her day of thanks in Milan with family, including her brother, Patrick Bertinelli. She shared a video of a room full of people eating, joking that it was the "Italian way."

Thursday marked her first Thanksgiving since her split from Tom Vitale. The pair, who were married for 10 years, settled their divorce just days ago. She called the day the "second best day" of her life.

In June, the actress appeared on the Today show with Hoda Kotb and got emotional when asked if she ever wanted to look for love again, responding, "Oh, God no."

"Because of the challenges that Im going through right now, because divorce sucks. I cant imagine ever trusting anyone again to let into my life. So I have some trust issues that Im sure Im going to have to get past," Bertinelli added.

After the Golden Globe winner filed for divorce from Vitale, he asked in June to be awarded spousal support, per documents filed in the Los Angeles Superior Court, which were obtained by PEOPLE at the time.

According to the documents, Vitale also sought to block Bertinelli from requesting spousal support, in addition to challenging the validity of their prenuptial agreement.

In July, Bertinelli responded to her exs challenge of their premarital agreement by filing a 13-page request to bifurcate her marital status from financial issues in her and Tom Vitales divorce, according to court records obtained by PEOPLE. The court documents noted that Bertinelli was looking for "an early and separate trial on the issue of validity of Premarital Agreement."

Ultimately, Bertinellis request meant a separate trial from any other outstanding issues regarding the divorce — a move she made after Vitale asked to be awarded $50,000 per month in spousal support and $200,000 in legal fees in early July, according to the records.

Bertinellis request argued that their premarital agreement, signed in 2010 before the two got married, contains a "waiver of temporary and permanent spousal support."

The settlement ultimately resulted in Bertinelli having to pay Vitale a hefty sum. Per documents, the Food Network star will pay her ex-husband $2.2 million "in full, final, and complete settlement and satisfaction of any and all claims between them." Neither Bertinelli nor Vitale will receive spousal support, as "set forth in the Prenuptial Agreement," the documents read.