The identification of this new panda species provides insight into the distribution and the diet of ancient pandas.. 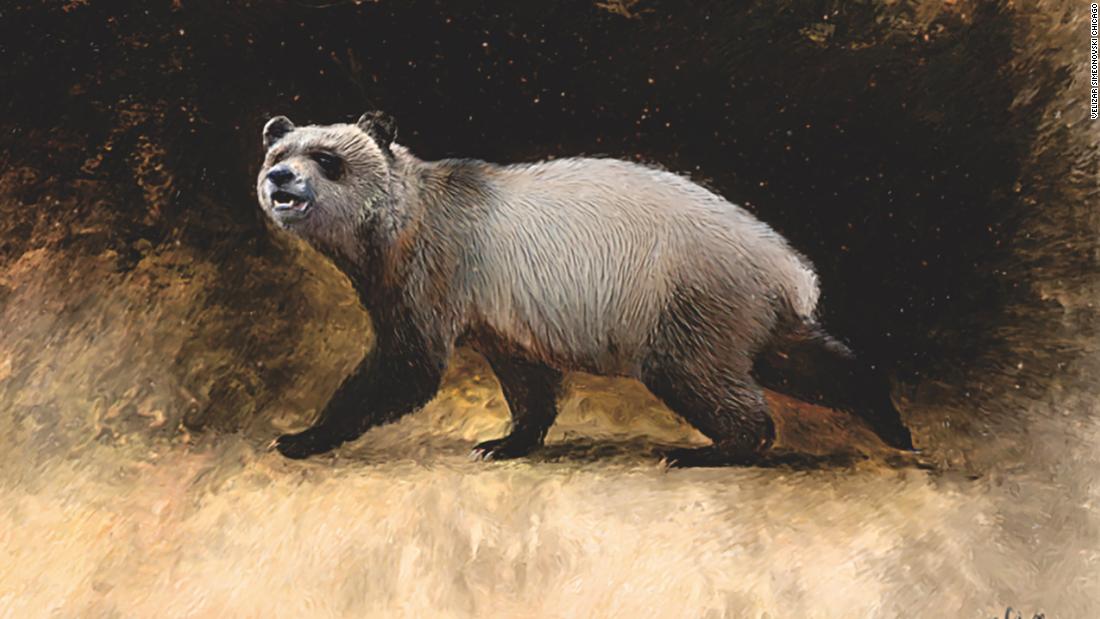 Though there is only a single panda species on the planet today, concentrated in a couple mountain ranges in central China, a plethora of panda species once roamed a much more impressive range across Asia and Europe.

Now, in an analysis in the Journal of Vertebrate Paleontology, scientists say that they’ve found another of these ancient bears. Tromping through Bulgaria around six million years ago, the study authors say that this species is the last known panda to live in Europe.

Little is known about the ancient pandas that lived throughout Asia and Europe. Yet the analysis of a pair of panda teeth has helped scientists understand these ancient bears a bit more. Introducing a previously unknown species, Agriarctos nikolovi, for the first time, the analysis revealed that the owner of the two teeth was one of the last black-and-white bears in Europe.

The analysis provides new insight into some of the biggest mysteries surrounding pandas, including their preference for veggies and their past range. In fact, the study authors say that the two teeth could clarify whether the ancient animals originated in Asia and made their way to Europe, or vice versa.

More broadly still, the analysis illuminates the importance of paleontological investigation. “This discovery shows how little we still know about ancient nature and demonstrates also that historic discoveries in paleontology can lead to unexpected results, even today,” says Nikolai Spassov, a study author and a paleontologist at the Bulgarian National Museum of Natural History, in a press release.

Collected in northwestern Bulgaria in the 1970s, the teeth sat in storage at the Bulgarian National Museum of Natural History for fifty years. “It took me a long time to realize that this was an unknown fossil giant panda,” Spassov says in a press release.

Including an upper carnassial and an upper canine similar in size to those of the modern giant panda, Ailuropoda melanoleuca, the two specimens suggest that A. nikolovi stood at a similar size to present pandas.

The discovery of the teeth in deposits of coal also indicate that A. nikolovi inhabited Bulgaria’s forested wetlands during the Miocene Epoch, approximately six million years ago. It was in these wetlands, the study authors say, that A. nikolovi developed a predominantly vegetarian diet.

The pressures of sharing the wetlands with other predators probably inspired A. nikolovi’s vegetarian tastes. “The likely competition with other species, especially carnivores and presumably other bears, explains the closer food specialization of giant pandas to vegetable food in humid forest conditions,” Spassov says in a press release.

This relates to the modern giant panda’s diet of bamboo and bamboo alone. That said, while bamboo was present in Bulgaria during the Miocene Epoch, it was difficult to find and far too tough for A. nikolovi, whose teeth were slightly weaker than modern panda teeth. As a result, these ancient bears likely chomped on softer plants, instead.

“Giant pandas are a very specialized group of bears,” Spassov says in a press release. “Even if A. nikolovi was not as specialized in habitats and food as the modern giant panda, fossil pandas were specialized enough, and their evolution was related to humid, wooded habitats. It is likely that climate change at the end of the Miocene in southern Europe, leading to aridification, had an adverse effect on the existence of the last European panda.”

Europe on path to set wildfire record this summer