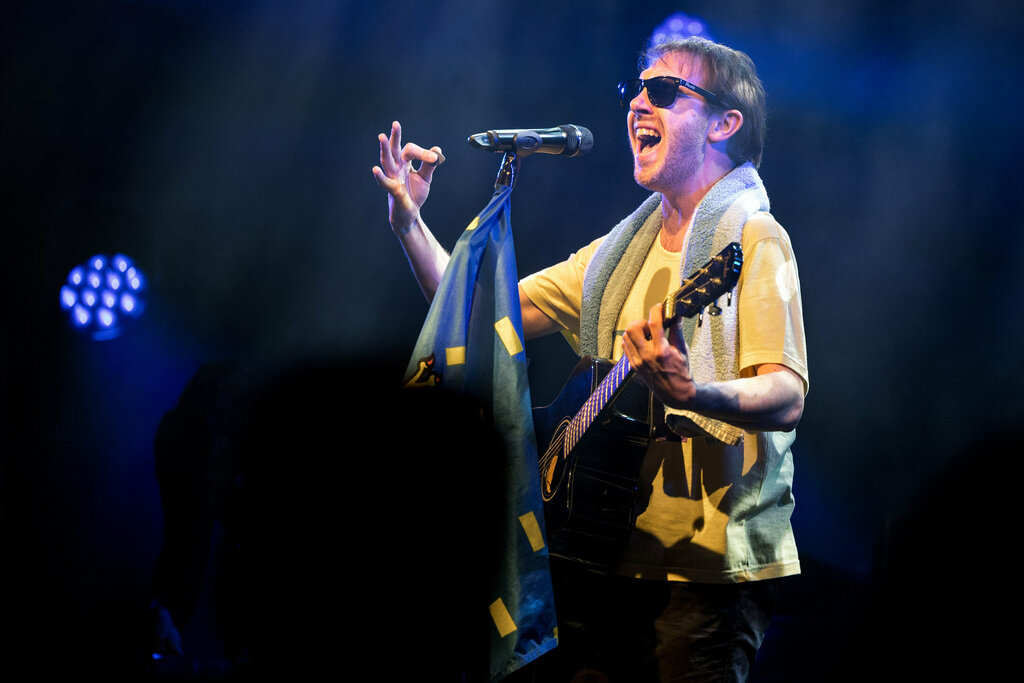 The Liet International, a competition for minority and regional languages, lacks the glitz of Eurovision. But its organizers say it helps keep endangered tongues alive.

TONDER, Denmark — The folk musician Billy Fumey strode onstage on Friday night in this quaint market town in rural Denmark and launched into an intense love song in the endangered language of Franco-Provençal. As he belted out a lyrical description of hair blowing in the wind — “Kma tsèkion de tèt frissons da l’oura lèdzira” — few in the 500-strong audience had any idea what he was singing about, but it didn’t seem to matter. When the yodeling-heavy track came to an end, the crowd clapped wildly, anyway.

A few moments later, Carolina Rubirosa, a Spanish rock musician who sings in Galician, got a similar reaction. As did Jimi Henndreck, a psychedelic rock band from Italy who sang a raucous number in South Tyrolean, a German dialect. So, too, did Inga-Maret Gaup-Juuso, an electronic artist singing in a language of the Sami Indigenous people of Northern Europe.

All were taking part in Liet International, a European song contest for regional and minority languages. After finishing her entry, Rubirosa switched to English to address the beer-swigging crowd. “This is a dream to be here today,” she said, “with my language, outside my country.” Minority languages are vital, Rubirosa added. “We don’t have to let them die.”

Around 200 million people will tune into the Eurovision Song Contest on Saturday to hear music from around the continent. The 25 pop stars who will compete in the final include those performing in Italian, Spanish and Ukrainian. Yet the millions of people in Europe who speak one of its many regional and minority languages are unlikely to find themselves represented on the Eurovision stage, let alone in their country’s pop charts.

Since 2002, Liet International has been offering a platform to musicians from these communities — though it is a world away from the showy spectacle of a Eurovision final. Friday’s event occurred in the Culture House, a small hall next to a care facility for older adults in Tonder, which is in a German-speaking region of Denmark. The 13 acts shared tiny dressing rooms and applied their own makeup. The evening’s hosts, Stefi Wright and Niklas Nissen, have day jobs as a teacher and builder.

The event, which was livestreamed on the contest’s YouTube page, attracted just 944 views, though a recording will soon be broadcast on television in the Netherlands.

Uffe Iwersen, one of the event’s organizers, said its budget was around 100,000 euros, or about $104,000, so the organizers could not afford spectacular stage sets or pyrotechnics. He insisted that didn’t matter. “The languages are more important than explosions and the biggest light show on earth,” Iwersen said.

Tjallien Kalsbeek, one of the competition’s organizers, said that Liet International had its roots in a contest started by a Dutch television station in the 1990s. That competition aimed to find new pop music in West Frisian, a language spoken by about 450,000 people in the north of the Netherlands.

Baby formula from Europe heads to the US amid shortage

Biden to use military to fly over baby formula from Europe
© tweet247.net 2022