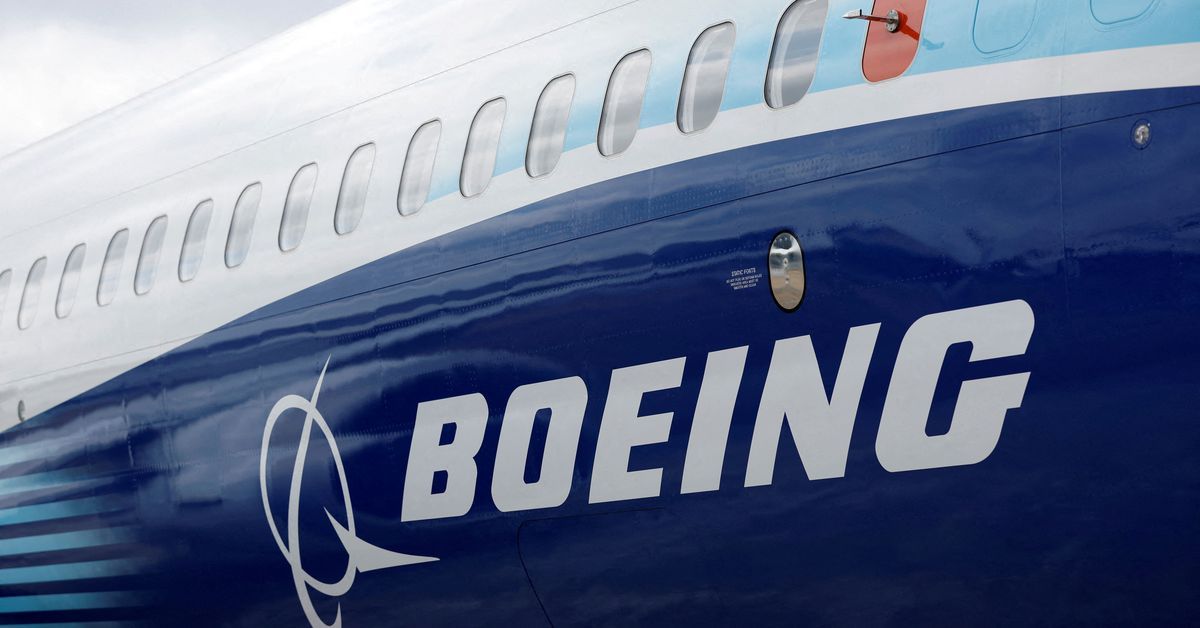 [1/2] The Boeing logo is seen on the side of a Boeing 737 MAX at the Farnborough International Airshow, in Farnborough, Britain, July 20, 2022. REUTERS/Peter Cziborra/File Photo

European regulators have been seen at odds with Boeing for more than a year over changes they want in flight controls of the latest version of the 777 - a stand-off that has contributed to a cumulative five-year delay, according to industry sources.

"We are hopefully converging," Patrick Ky, executive director of the European Union Aviation Safety Agency (EASA) told Reuters, when asked about the progress of ongoing discussions on the 777X.

Ky did not specify where he saw signs of "convergence", but industry sources have said EASA is challenging the electronic safety net built in to flight controls of the 777X, whose introduction has gradually been pushed back to 2025.

Officially, the European agency takes a back seat to the FAA in certifying U.S. airplanes. But the development of the worlds largest twin-engined jetliner is widely seen as a test of EASAs increasing influence following a crisis over the Boeing 737 MAX.

Although the decades-old architecture at the core of the 737 is radically different from the electronic cockpit of the larger and newer 777, EASAs approach reflects a sharper regulatory focus on safety backups in the aftermath of the MAX crisis.

EASA has set out an approach that could prompt Boeing to add an extra fallback to guarantee that a single invisible failure within the cockpits electronics cannot trigger simultaneous outages - a design precaution known as "dissimilarity".

Kys comment could suggest some progress on the question of "dissimilarity", although it remains unclear how quickly outstanding certification questions will be resolved.

Industry sources say it has not been decided whether any new safeguards should be written into the 777Xs flight control software or achieved as the result of hardware changes.

Boeing has warned regulators that having two systems provided by two separate suppliers running in parallel would risk new problems by adding complexity, the sources said.

How advertisers can maximize the benefits of addressable media