Gaumont Sells Most of Europe and Beyond for Eric Toledano, Olivier Nakache’s Comedy ‘A Difficult Year;’ Unveils New Still (EXCLUSIVE)

Gaumont Sells Most of Europe and Beyond for Eric Toledano, Olivier Nakache’s Comedy ‘A Difficult Year;’ Unveils New Still (EXCLUSIVE). 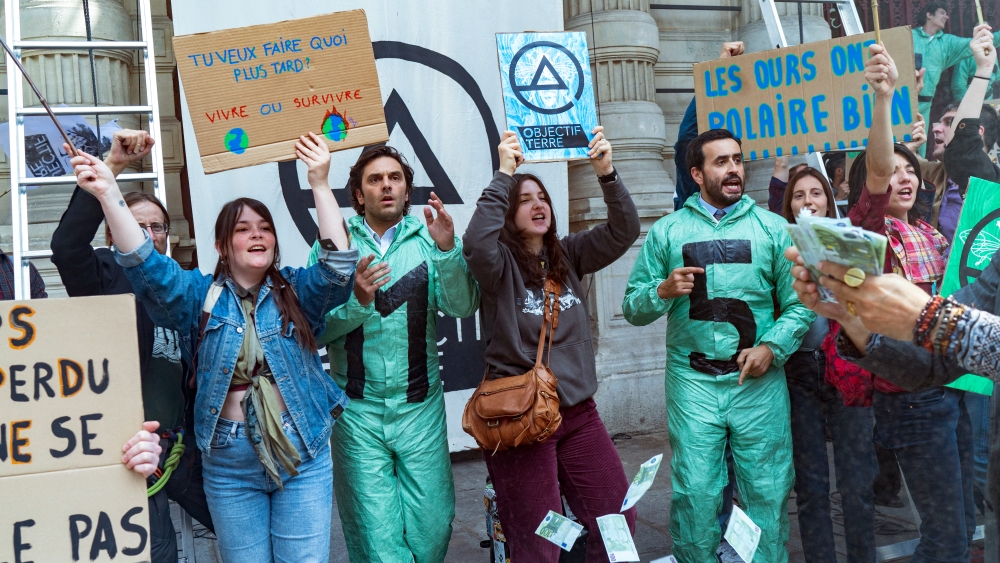 Gaumont has enlisted distributors in major European markets and beyond for “A Difficult Year,” a topical comedy directed by Eric Toledano and Olivier Nakache, the French filmmaking duo behind the smash hit “Intouchables.”

Deals were scored on the heels at the Unifrance Rendez-Vous showcase in Paris, where Gaumont unveiled the film’s promo to buyers with Toledano and Nakache on hand.

Toledano and Nakache’s eighth feature, “A Difficult Year” is bolstered by an ensemble cast including Jonathan Cohen, Pio Marmaï, Noémie Merlant and Mathieu Amalric. The movie reteams Toledano and Nakache with their longtime producers at Quad Films. The pair also co-produced through their banner Ten Cinema, alongside Gaumont.

“A Difficult Year” follows two compulsive spenders, Albert and Bruno, who are in debt up to their necks. While seeking help from community workers to get their lives back on track, Albert and Bruno run into a group of young green activists. Lured by the free beer and snacks rather than by the ideals of these eco-activists, Albert and Bruno find themselves joining the movement without much conviction. The movie marks Toledano and Nakache’s follow up to their TV debut “En therapie,” whose first and second season reached record ratings for a scripted series on Franco-German network Arte.

Interviewed by Variety during the Unifrance Rendez-Vous showcase, Toledano and Nakache said the idea for “A Difficult Year” matured during the peak of the pandemic, when France, like the rest of the world, was on lockdown.

Russia-Ukraine war at a glance: what we know on day 351 of the invasion

Emerging market and Europe equity ETFs jolt back into life

These are the best hotels in the US and Europe, according to a new ranking

China weighs in on the war in Ukraine, pushing Europe to stop trying to get Kyiv a complete victory over Russia
© tweet247.net 2022