Inside a $25 million Michigan castle that harkens back to medieval Europe with its secret passageways, wooden drawbridge, and wine cellar

Inside a $ million Michigan castle that harkens back to medieval Europe with its secret passageways, wooden drawbridge, and wine cellar. 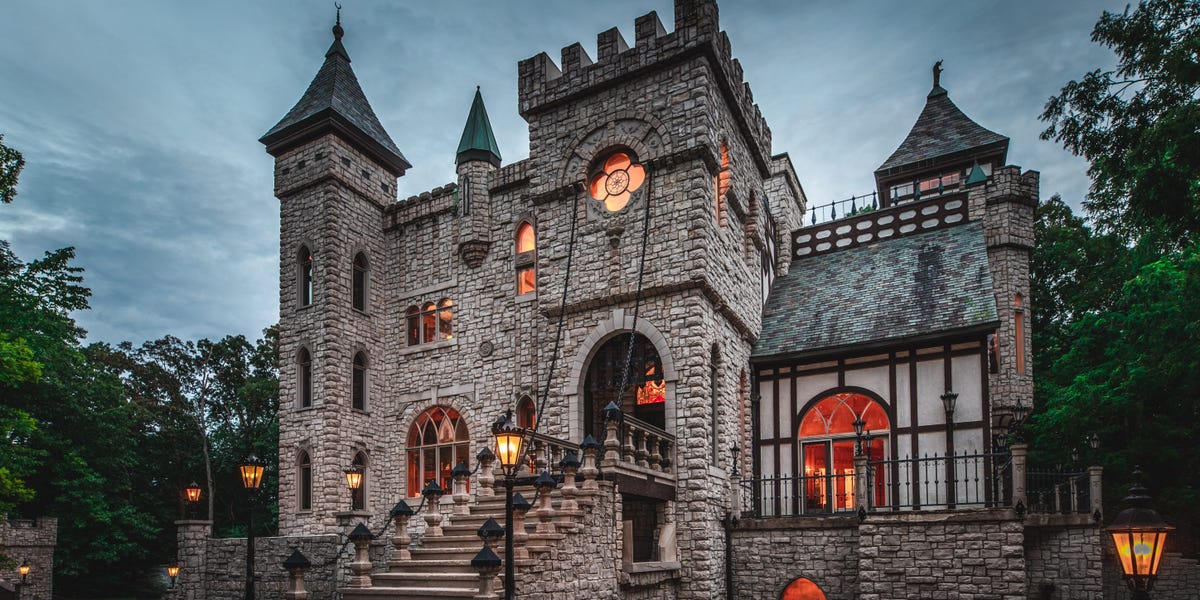 To this day, he has not spent a single night at the five-bedroom, seven-bathroom mansion a 30-minute drive north of Detroit known to locals as The LeBlanc Castle.

Located at 2009 Victoria Hill Drive in Rochester, Michigan, the 10,000-square-foot, five-level structure stands over a 6.25-acre lot. It harkens back to the 15th-century Scottish medieval era with its secret passageways, wooden drawbridge, and other classical features like a moat. But there are also more modern amenities such as central heat and air, a gym, and a fire protection system.

Gatecliff came to own the castle after striking up a business deal with James LeBlanc, the original designer and builder of the eponymous castle, in 2015.

LeBlanc initially purchased the land to build the castle in 1991, public records show, and he then undertook several trips to Europe, as well as studied multiple books on castle architecture, to study up on the subject when designing the home. According to Dylan Tent, a realtor with Sothebys International who is representing Gatecliff, the castle took nearly six years to build at a cost of $10.5 million.

Gatecliff added that LeBlanc was in poor health and struggled to make payments on the property when they met. So Gatecliff agreed to loan LeBlanc more than $900,000 to keep the home on the condition that LeBlanc would repay the loan in monthly installments. LeBlanc made most of those payments until he passed away in May 2022 at 73 years old, leaving Gatecliff in possession of the property.

"James was an amazingly brilliant person," Gatecliff said. "I saw an opportunity to help out a guy who was about to lose his house, and eventually became friends with him."

Gatecliff said he and LeBlanc had a lot in common despite being near total strangers when they first met. For instance, both men owned businesses in Lake Orion, Michigan. Gatecliff owned a mechanical supply company called Pipe Systems, Inc., while LeBlanc ran a military contracting company called Advanced Defense Vehicle Systems. (Gatecliff said he helped LeBlanc source parts for some military vehicles he worked on after the two met.)

Gatecliff has also entertained multiple offers on the property since taking ownership, but none of them have worked out thus far. The castle is being sold as is and the price includes all of the period-specific furniture. It is currently under contract, though, and Tent told Insider that the deal could close as early as mid-December.

"The quality craftsmanship that went into building this home is truly astounding," Gatecliff said. "Its easy to see in the inlay wood, the antique chandeliers, and the oak carpenter ceilings. Its truly amazing."