The deployments are one-for-one unit replacements, which will leave our overall force posture in the region — approximately 100,000 — unchanged, a DoD official said. 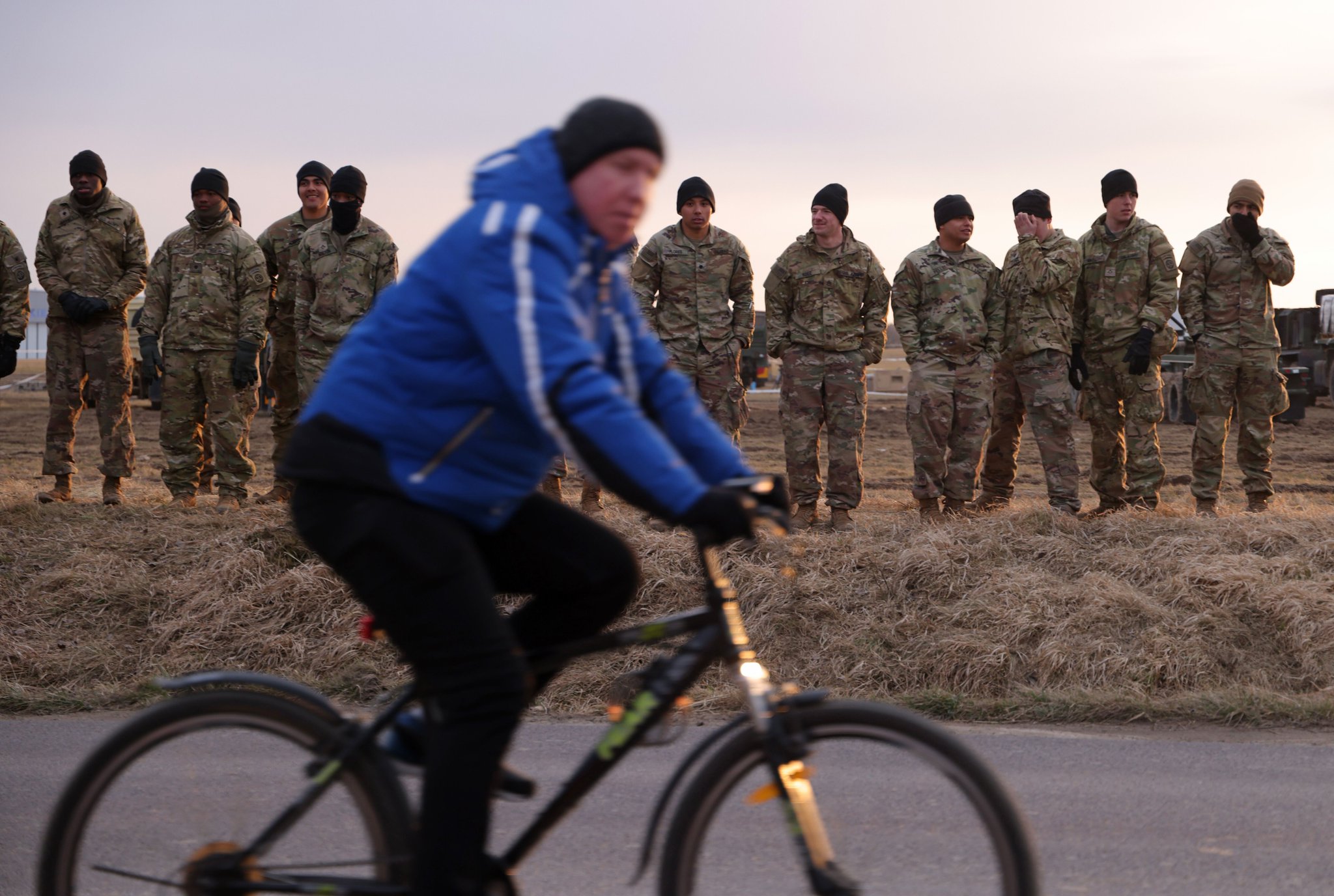 The Pentagon is deploying 10,500 troops in the coming months to replace military units that were rapidly deployed to Europe to bolster NATO’s eastern edge after Russia invaded Ukraine in February.

“The deployments are one-for-one unit replacements, which will leave our overall force posture in the region — approximately 100,000 — unchanged,” Pentagon spokesman John Kirby told reporters Friday afternoon. “The units being replaced will return to their home station following an appropriate turnover of responsibilities.”

Russian President Vladimir Putin’s invasion of Ukraine has ignited debate over how many U.S. troops should be permanently stationed in Europe and even whether new bases should be established. But Kirby had no update Friday on whether any of the additional troops dispatched to countries like Poland, Romania and Germany in recent months foreshadowed a permanent presence.

“The security environment has now changed based on what Mr. Putin has done,” Kirby said. “So, we expect that we’re going to have to take a look at the permanent footprint in Europe and make an assessment about that in the future, but there’s nothing in the offing right now.”

Prior to the Ukraine war, about 80,000 U.S. troops were in Europe, either on permanent bases or rotating through to train with NATO allies. Some countries, like Lithuania, have sought a more concrete U.S. military presence to beef up security after Russia’s invasion of Ukraine.

“My advice would be to create permanent bases, but don’t permanently station,” Army Gen. Mark Milley, chairman of the Joint Chiefs of Staff, told the House Armed Services Committee in early April. “So, you get the effect of permanence by rotational forces cycling through permanent bases.”

“And I believe that a lot of our European allies … they are very, very willing to establish permanent bases,” Milley added. “They’ll build them, they’ll pay for them, etc.”

Although no decisions have been made on that front, the Pentagon appears prepared to continue maintaining the elevated troop presence that began when Fort Bragg-based paratroopers were flexed to Poland in February.

Finally, the 1st Armored Division Combat Aviation Brigade, which is stationed at Fort Bliss, Texas, will replace the 1st Air Cavalry Brigade to support the U.S. force commitment to Atlantic Resolve, a rotational presence that has been ongoing since fighting began in eastern Ukraine’s Donbas region in 2014.

Baby formula from Europe heads to the US amid shortage

Biden to use military to fly over baby formula from Europe

Summer festivals could speed up the spread of monkeypox, warns WHO Europe chief
© tweet247.net 2022