Chris Perkins: How will Dolphins go about teaching Tua how to fall properly? And a couple of other offseason thoughts

Chris Perkins: How will Dolphins go about teaching Tua how to fall properly? And a couple of other offseason thoughts. 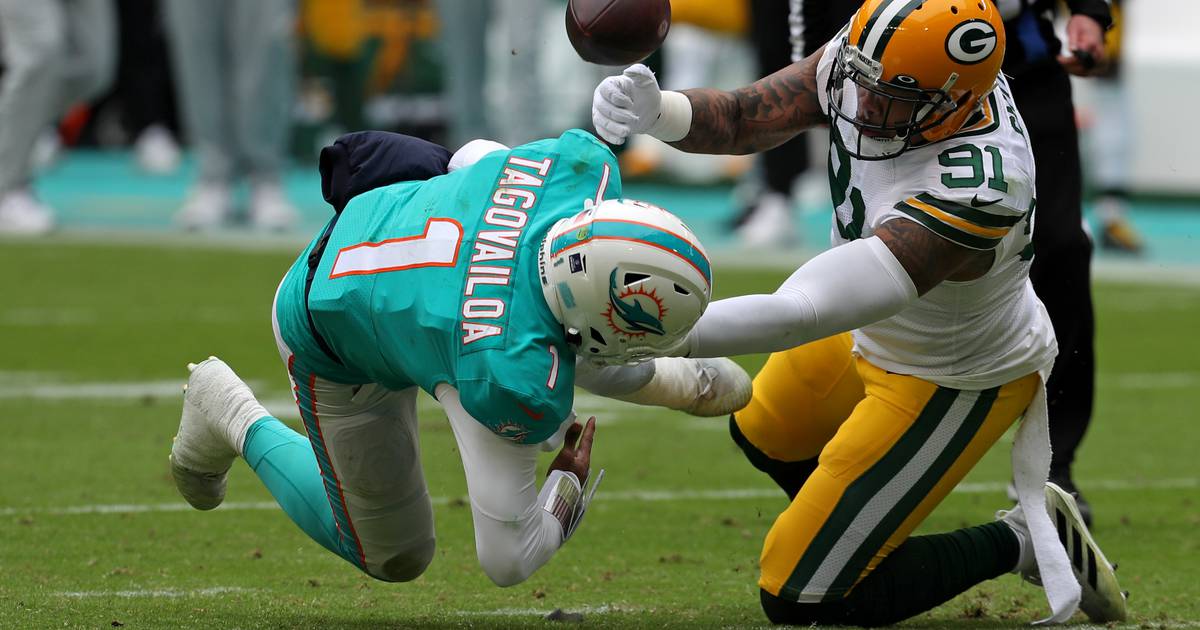 As the Dolphins’ offseason shifts into gear it’s a good time to remember that although Miami made the playoffs it was a 9-8 team last season and needs lots of work to get where it wants to go within the two- or three-year window it has opened.

Allow me to recap the open window thing: When the Dolphins acquired wide receiver Tyreek Hill and left tackle Terron Armstead last offseason they showed they want to win, but when they gave up a first-round pick to get edge rusher Bradley Chubb at the Nov. 1 trade deadline, they showed they want to win now. After all, quarterback Tua Tagovailoa, who battled concussion issues last season, is in the fourth and final year of his rookie deal if the Dolphins don’t pick up the fifth-year option on his contract so his current salary makes it easier to build around him.

However, with no first-round pick in this year’s NFL draft or next year’s the Dolphins are at a bit of a disadvantage when it some to adding more key pieces.

The Dolphins want to spend part of the offseason working with Tagovailoa on how to fall properly to avoid hitting the back of his head on the ground, which, in his case, has caused his concussions. That job likely won’t fall solely on quarterbacks coach Darrell Bevell, who is a hot commodity around the league. By the way, Dolphins fans should be happy Bevell reportedly turned down offensive coordinator interviews with the New York Jets and Washington Commanders to remain here and work with Tagovailoa.

It’s not known whether the Dolphins will get a martial arts expert, former quarterback, or someone else to instruct Tagovailoa on how to fall properly, but coach Mike McDaniel said it’s on the offseason to-do list.

“Our plan is to kind of approach it like you do a young quarterback who’s not used to sliding,” McDaniel said. “We have ideas and thoughts of how to help him because that is a consistency that we’ve noticed as well, is that they’re ground-induced. So like everything else, we’ll do everything in our power to help coach them and that’s a new way to attempt to coach.”

As for Bevell, the Tagovailoa-Bevell combination did good things together last season and Bevell, who has worked with future Hall of Fame quarterbacks such as Aaron Rodgers and Russell Wilson, might be more important to Tagovailoa’s development than McDaniel.

Many years ago I was talking to players in the Dolphins locker room for a story I wanted to write on the link between head coaches and starting quarterbacks. It would have been Joe Philbin and Ryan Tannehill at that time.

Tagovailoa, of course, had his best season while working with Bevell, totaling 25 touchdowns, eight interceptions and a league-leading 105.5 passer rating. But he was 20th in completion percent (64.1%) and had a 2-4 record against teams that made the playoffs. Tagovailoa still needs to learn how to use his feet, and how to make something out of nothing on broken plays.

However, his arrow is pointed upward except for those concussions issues, which gets back to teaching Tagovailoa how to fall properly. If this strategy doesn’t work, the Dolphins need to search for a new quarterback.

Dolphins quarterback Tua Tagovailoa is walked off the field after a hard tackle vs. the Bills at Hard Rock Stadium on Sept. 25, 2022 in Miami Gardens. (John McCall / TNS)

If a backup quarterback led the Dolphins to, say, a 3-0 mark, would that cause a QB controversy, and would that damage Tagovailoa’s psyche? Both are things the Dolphins must consider.

Kimberly Palmer: How to safely use payment apps

How Much Should Pay Other People To Take Work Off Your Plate? Heres the Formula

Wizards vs Spurs GAMEDAY Preview: Injury Report, How to Watch