Department Of Justice Cracks Down On White Collar Crime: Here’s How To Avoid It In The First Place

Department Of Justice Cracks Down On White Collar Crime: Here’s How To Avoid It In The First Place. 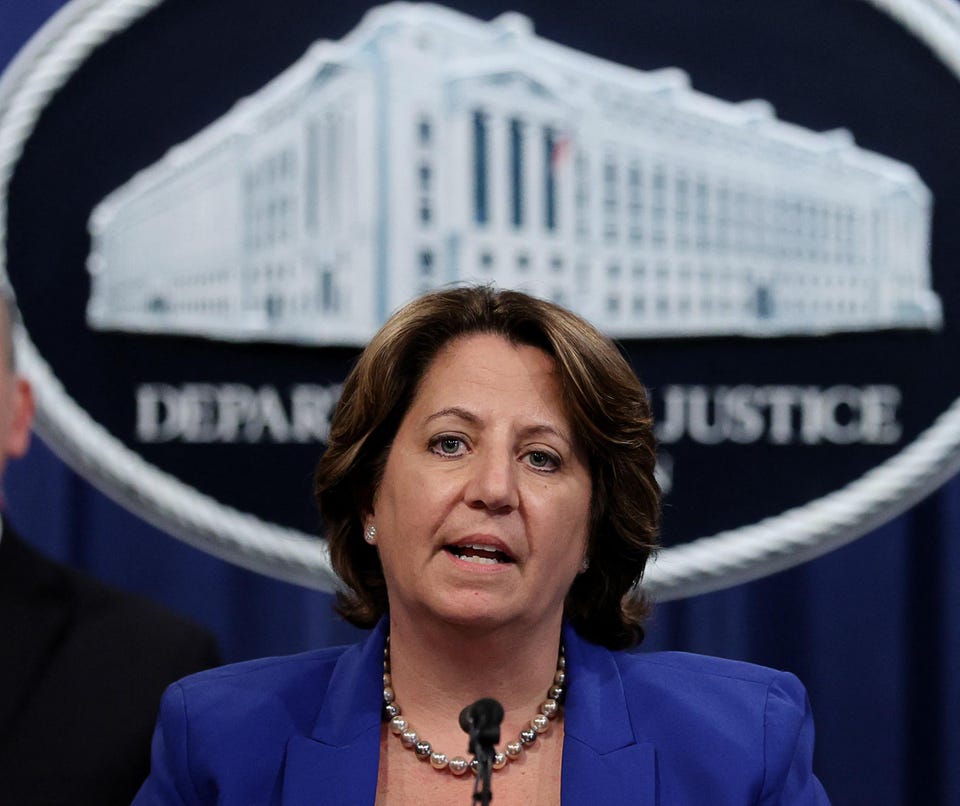 Last week, Deputy Attorney General Lisa Monaco announced a series of measures to curb white-collar crime, an umbrella term for wrongdoings like accounting fraud, insider trading, and kickback conspiracies. Speaking on behalf of the U.S. Department of Justice, Monaco said to expect more prosecutions of executives and CEOs who commit and profit from white-collar crimes. She also unveiled new incentives for firms to self-disclose any corporate crime as soon as they become aware of it.

White-collar crimes can happen when executives face unrelenting performance pressures (which are worsened by some incentive plans) or when they feel they can rationalize their unethical action; for example, when they believe everyone else is doing it too.

Corporate crimes can also occur when boards don’t pay attention or have incomplete information, giving executives opportunities to cut corners or misrepresent their activities. Theranos, the health tech company whose CEO, Elizabeth Holmes, claimed to have developed innovative and accurate blood test devices, may well be the poster child for a lack of board oversight. At least one Theranos director testified that he relied entirely on the CEO’s verbal claims about the company’s technology, as reported by Erin Griffith, a New York Times reporter who followed her trial. (In January, a jury found Holmes guilty of defrauding investors and lying about the devices.)

What Can Help Ward Off White-Collar Crime? Some board configurations seem to limit opportunities for executives to commit corporate crimes. Here are a few board changes to consider, that may help avoid misconduct:

Add Women To Corporate Boards. When firms stack their boards with men, misconduct tends to increase; when they add women to their boards, misconduct drops off. One explanation for this lies in research on executives’ overconfidence, a predictor of white-collar crime. Relative to women, men in powerful corporate jobs tend to be more overconfident, if one measures it by how much they overestimate their firms’ returns. Which is exactly what a team of National University of Singapore and Boston College researchers showed.

Executive roles are stepping stones for corporate board positions. So when men serve as directors, they may bring their overconfidence to the boardroom. Firms with more men on their boards may not be as vigilant in identifying risks. They may anticipate a narrower range and lower probabilities of negative outcomes from questionable corporate strategies. They may also fail to appreciate all the ramifications from potential problems they spot. With more women directors, boards may develop more comprehensive perspectives.

Firms that include more women on their boards commit fewer white-collar crimes and less serious ones, statistically speaking, possibly because women help calibrate the board’s confidence and risk taking. These are the conclusions from a study by researchers from York University, Open University of Hong Kong, and China Europe International Business School. They agree with other published studies (including one of mine) that show how adding more women to boards can speed up product recalls and reduce corporate discrimination lawsuits.

Avoid Conflicts Of Interests. A board of directors is supposed to watch over and advise the CEO on behalf of the company’s owners. But directors who have strong ties to the firm – like executive directors – may have self-interested reasons for not challenging the CEO. That’s why some regulators, including the New York Stock Exchange (NYSE) and Nasdaq, require large public companies to appoint a majority of independent directors – directors that “have no material relationship” with the company.

These requirements don’t necessarily apply to private firms, where barely a third of directors are independent, according to a Crunchbase and HimforHer’s study. Nor do they exist in all countries.

Having an independent audit committee is better insurance against misconduct than independence on the board at-large. With colleagues from McMaster, Georgia State and Lehigh universities, we came to this determination after reviewing and analyzing the data from 135 different studies of various corporate misdeeds – including financial fraud, insider trading, tax evasion, insurance fraud and price discrimination.

Ensure Directors Have The Right Expertise And Discourage Chumminess With The CEO. Boards are better equipped to detect fraud when directors have financial expertise. When financially savvy directors are also materially detached from the firm and sit on boards’ audit committees, boards seem to be especially effective at reining in white-collar crimes, according to University of Alabama and HSBC study.

When directors are familiar with the companies they advise, executives have fewer opportunities to commit corporate crimes. In Theranos’ case, directors may have not had sufficient relevant knowledge for evaluating the CEOs claims. For independent directors, gaining knowledge of the inner workings of a firm can be especially difficult. It may require years of serving on a firm’s board. But spending many years on the same board creates a different kind of risk: becoming too friendly with the CEO. When a board is comprised of a CEO’s friends, its directors may not question management’s decisions or call out problems as much.

Time for a U-turn on IR35 freelancer tax rules

How to Watch SpaceX Launch NASA Astronauts to the ISS on Wednesday
© tweet247.net 2022