How to see the Perseids despite the bright full moon

It’s a shine off! 🌌 This year’s Perseids meteor shower will have to contend with the full Moon’s brightness. Look up if you’re outside after midnight (local time) on Aug. 12 or 13, when it’ll be at its peak--you might be lucky and see the brightest ones.. 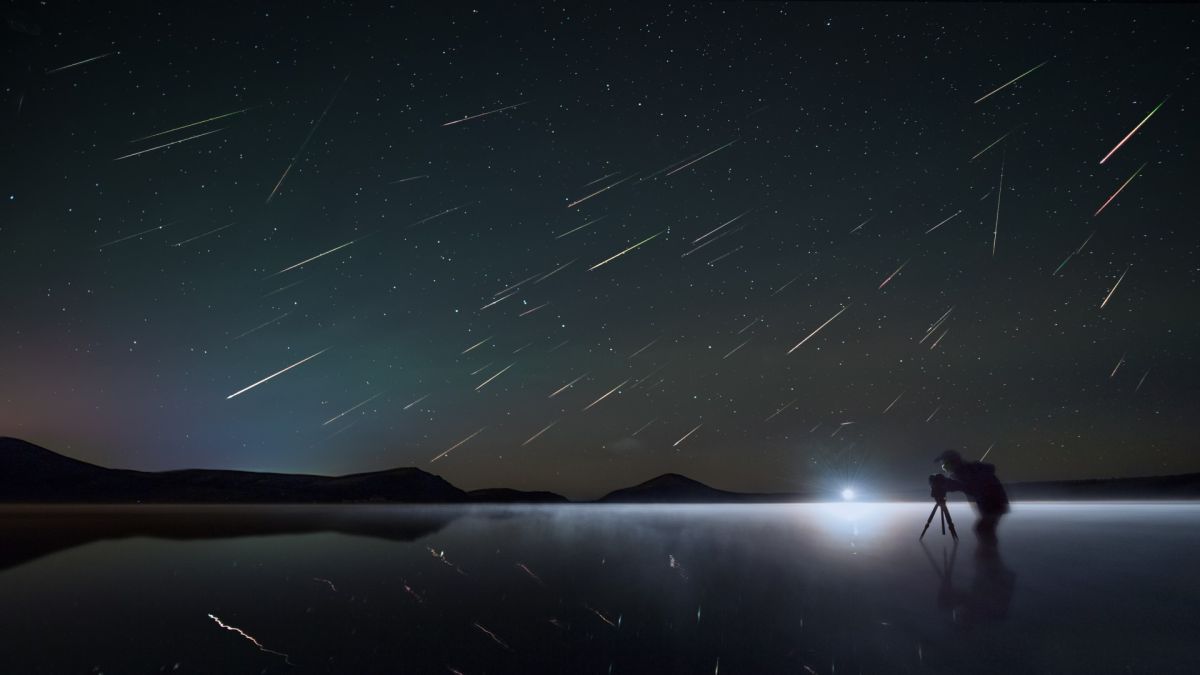 Usually bringing one of the most vivid annual meteor showers visible in Earth’s night sky, commonly delivering 50-100 “shooting stars” per hour at its height, the Perseids will peak Aug. 12 and 13. There’s just one problem: the full Moon.

“Sadly, this year’s Perseids peak will see the worst possible circumstances for spotters,” said NASA astronomer Bill Cooke, who leads the Meteoroid Environment Office at NASA’s Marshall Space Flight Center in Huntsville, Alabama. “Most of us in North America would normally see 50 or 60 meteors per hour,” he said, “but this year, during the normal peak, the full Moon will reduce that to 10-20 per hour at best.”

The Moon is so much brighter than anything else in the night sky, and it will wash out all, but the very brightest Perseids as they streak through our atmosphere and burn up far overhead.

As the full Moon subsides, the Perseids will begin to wane Aug. 21-22 and cease completely by Sept. 1. They’re the debris remnants of Comet Swift-Tuttle, a lumbering “snowball” composed of ice, rock, and dust, which orbits our Sun every 133 years. The comet itself was last visible to us in 1992 and won’t pass our way again until 2125.

How far back sightings of the Perseids actually go remains a matter of some contention, Cooke said. The comet itself wasn’t identified until 1862, but the meteor shower was seen over medieval Europe. The annual event came to be known as “the Tears of St. Lawrence,” named for the last of seven Roman church deacons martyred by the emperor Valerian in August of the year 258.

So, this is probably not the best year to make a special trip in order to see the Perseids, but, if you find yourself outside between midnight and dawn on Aug. 13, don’t forget to look up anyway.  Because you never know – you might just catch one of the bright Perseid meteors that defies the glare of the Moon. Also, the occasional early Perseid can streak across the sky as much as a week beforehand.

How to buy socks that last: give the legs a stretch and look for reinforcement

How to Remove 11 Charter Communications from Your Credit Report

Michelle Yeoh receives honorary doctorate from AFI: After I learned how to fall, I could learn how to fly