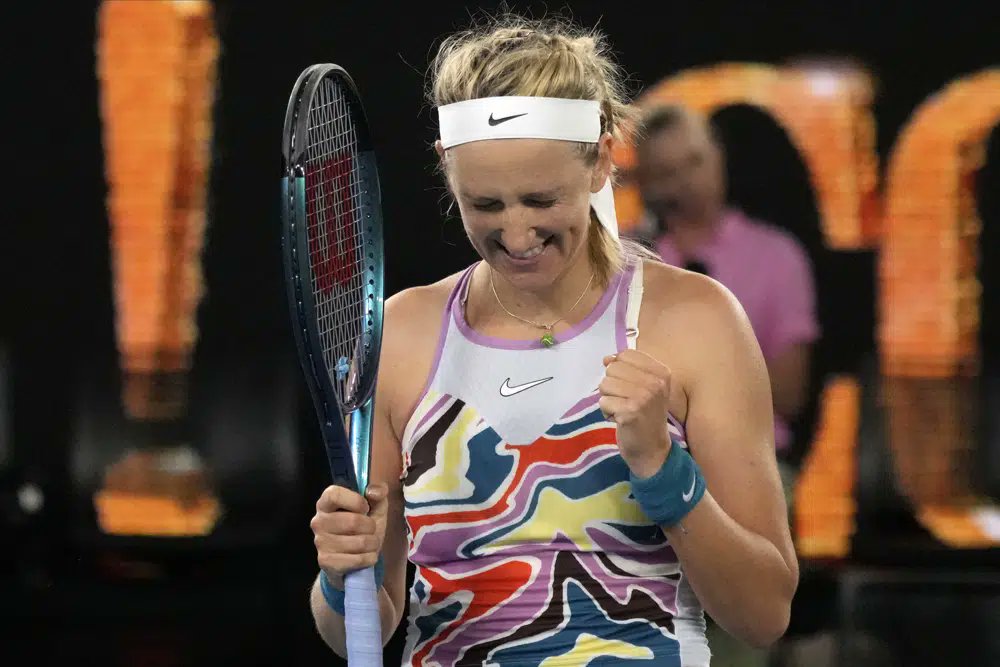 Victoria Azarenka of Belarus reacts after defeating Jessica Pegula of the U.S. in their quarterfinal match at the Australian Open tennis championship in Melbourne, Australia, Tuesday, Jan. 24, 2023. (AP Photo/Aaron Favila)Victoria Azarenka continues her quest for a third Australian Open title a decade after her last championship at Melbourne Park when she plays Wimbledon champion Elena Rybakina in one of two night women’s semifinals.

Unseeded Magda Linette plays No. 5-seeded Aryna Sabalenka in the other. The now 33-year-old Azarenka won the 2012 and 2013 titles in Australia but she has not been back to the final four since.

Rybakina beat Azarenka in straight sets in the third round of last year’s Indian Wells tournament in their only previous meeting. Sabalenka has beaten Linette in both previous matches they’ve played, including the Tokyo Olympics in 2021.

“All through my life I’ve been taking mistakes and losses very personally, so I had to disconnect those two things. It was really difficult, because I felt a lot of times that the misses, the mistakes, were defining me.” Linette on her continuing ”emotional management“ to deal with her life issues on and off the court. -AP

What Is a Composite Chart? How to Understand the Astrology of Your Relationship