@null Injured Pulisic out of USMNT warm-up vs. Japan Christian Pulisic will miss the U. 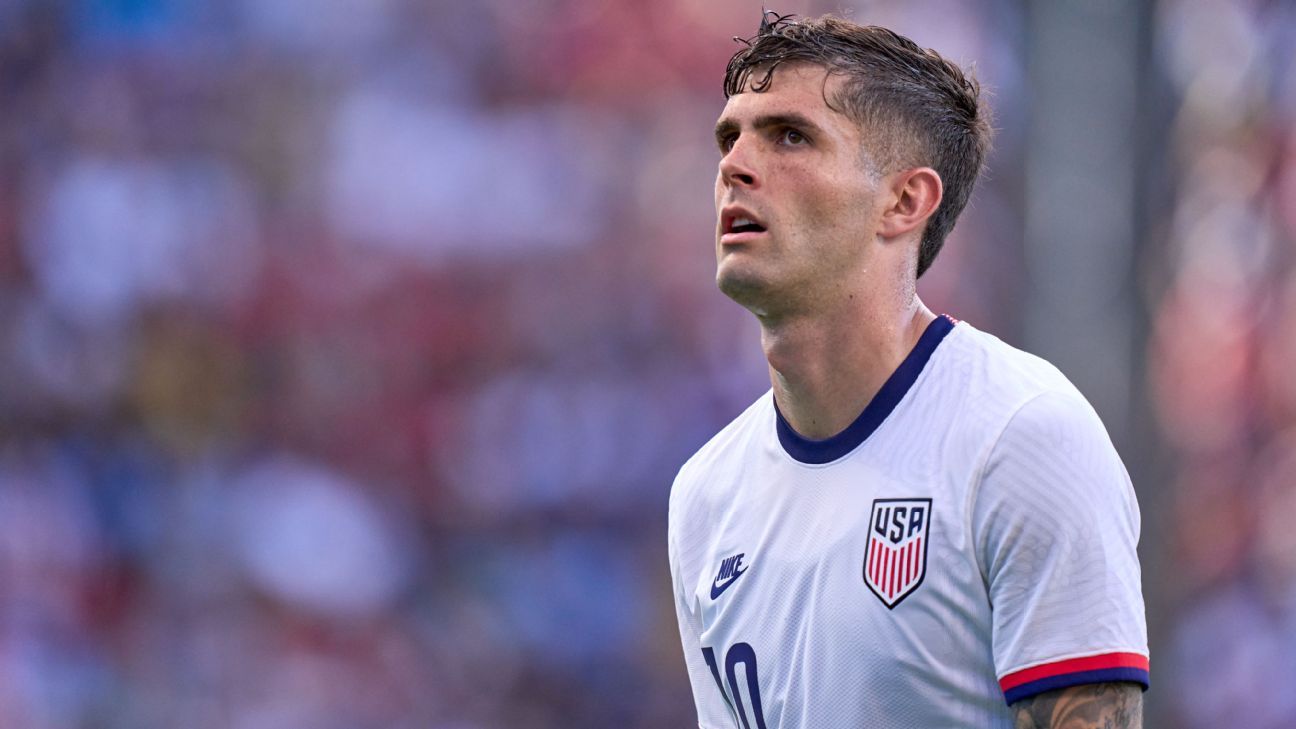 Christian Pulisic missed the United States next-to-last warm-up match before the World Cup against Japan on Friday in Germany because of an unspecified injury.

The U.S. Soccer Federation said Pulisic was out "because of a knock he took in training earlier this week." The USSF said it was too soon to determine whether he will be available for Tuesdays friendly against Saudi Arabia in Murcia, Spain.

Tim Weah, Yunus Musah, Chris Richards, Antonee Robinson and Zack Steffen were also not in the squad because of injuries. Miles Robinson will miss the World Cup because of a torn Achilles.

Gio Reyna was in the starting lineup for the first time for the U.S. since the opening World Cup qualifier at El Salvador on Sept. 2. The 19-year-old injured a hamstring in that match, leading to repeated recurrences that wrecked his 2021-22 season. Reyna wore jersey No. 21, the number his father, former U.S. captain Claudio Reyna, wore 42 times.

Because of injuries and suspensions, Pulisic, Adams and McKennie have started together only four times: a 2019 friendly against Ecuador, World Cup qualifiers against Honduras and Canada in January, and a June friendly against Uruguay.

Vines is making only his ninth international appearance, his first since Aug. 1, 2021. Dest is playing for the U.S. for the first time since the Jan. 30 qualifier at Canada.

The Americans, back in the World Cup after missing the 2018 tournament, open against Wales on Nov. 21, play England four days later and close the first round against Iran on Nov. 29.