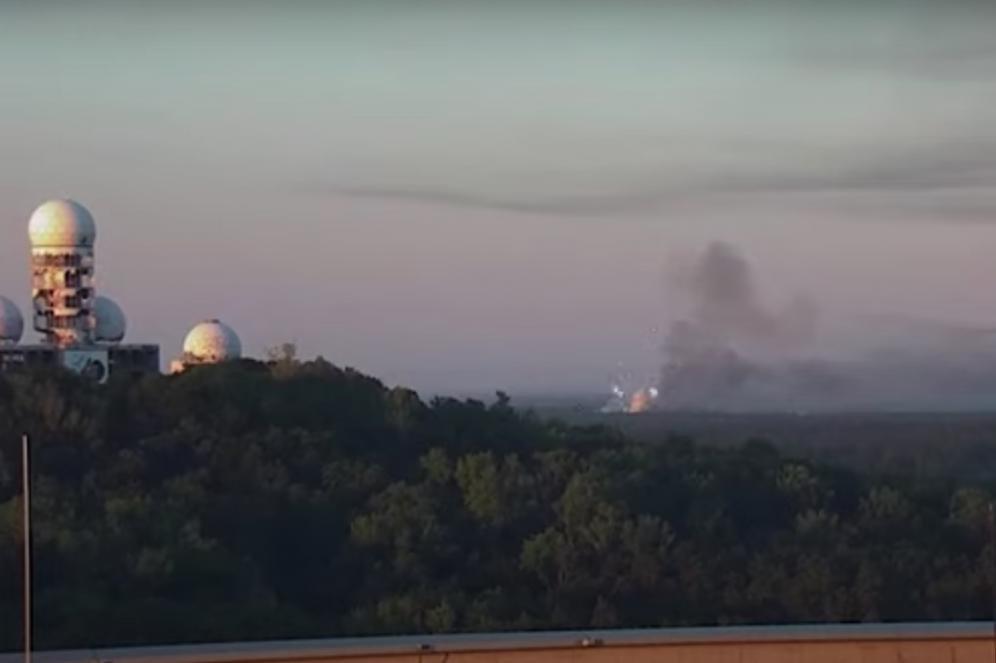 Aug. 5 (UPI) -- A fire in Berlins Grunewald Forest has been mostly contained, officials said on Friday after the forest was set ablaze by several large explosions at an ammunition disposal site there.

Officials have not said what exactly triggered the blasts on Thursday, or if the fire itself caused the ammunition, fireworks and other explosives at the depot to ignite. The depot is a Cold War-era facility in West Berlin. Advertisement

Although no homes were close by, authorities set up a half-mile perimeter to seal off the area and planned to use robots and armored vehicles to assess any further danger. They also shut down nearby roads and railways.

Flying debris prevented emergency crews from getting too close to the depot to extinguish remaining flames. Local officials called in the German army for assistance. Advertisement

Berlin officials have previously recognized the danger of controlled blasts at the site, but have been unsuccessful in efforts to move it away from the forest.

‘We got too comfortable’: the race to build an LNG terminal in north Germany

Taiwan Envoy Calls on Germany to up Visits, Military Cooperation

‘We got too comfortable’: Germany’s race to switch its gas supply

If we all biked like the Dutch, world could offset Germany’s emissions each year
© tweet247.net 2022