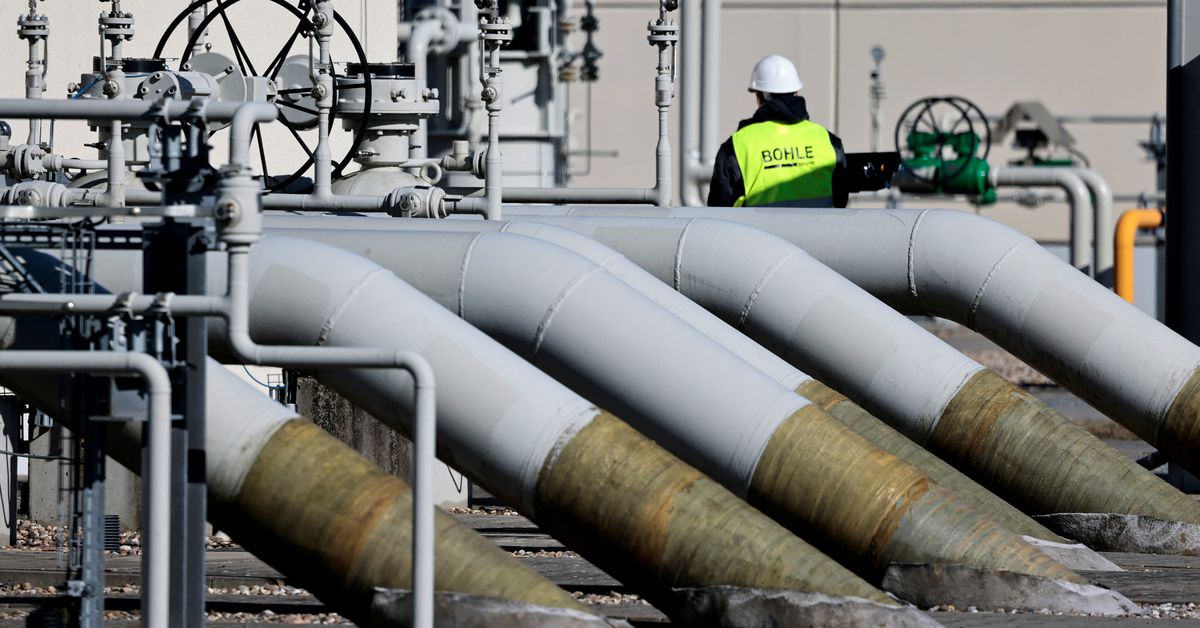 BERLIN, June 24 (Reuters) - Germany is heading for a gas shortage if Russian gas supplies remain as low as they are now, and certain industries would have to be shut down if there is not enough come winter, Economy Minister Robert Habeck told Der Spiegel magazine.

"Companies would have to stop production, lay off their workers, supply chains would collapse, people would go into debt to pay their heating bills, that people would become poorer," Habeck told Der Spiegel on Friday, saying it was part of Russian President Vladimir Putins strategy to divide the country.

This is "the best breeding ground for populism, which is intended to undermine our liberal democracy from within," Habeck said, adding that Putins plans must not be allowed to work out.

Habeck held out the prospect of further relief for companies and people affected by the lack of gas but warned that it would not be possible to absorb all the effects, reported Der Spiegel.

Consumers could see a doubling or tripling of their energy costs, which in some cases are already between 30% and 80% higher due to price increases from last fall, Klaus Mueller, the head of Germanys Bundesnetzagentur network regulator, told broadcaster ARD on Friday.

The regulator has considered various scenarios, Mueller said, and most of them "are not pretty and mean either too little gas at the end of winter or already very difficult situations in autumn or winter."

Germany triggered Phase 2 of three of its emergency gas plan on Thursday, which kicks in when the government sees a high risk of long-term supply shortages of gas.

The measure is the latest escalation in a standoff between Europe and Moscow since the Russian invasion of Ukraine that has exposed the blocs dependence on Russian gas supplies and sparked a frantic search for alternative energy sources. read more

British consumers cut back on shopping in May in the face of fast-rising inflation, and a measure of their confidence sank to a record low this month, according to data that underscored the scale of the cost-of-living squeeze.