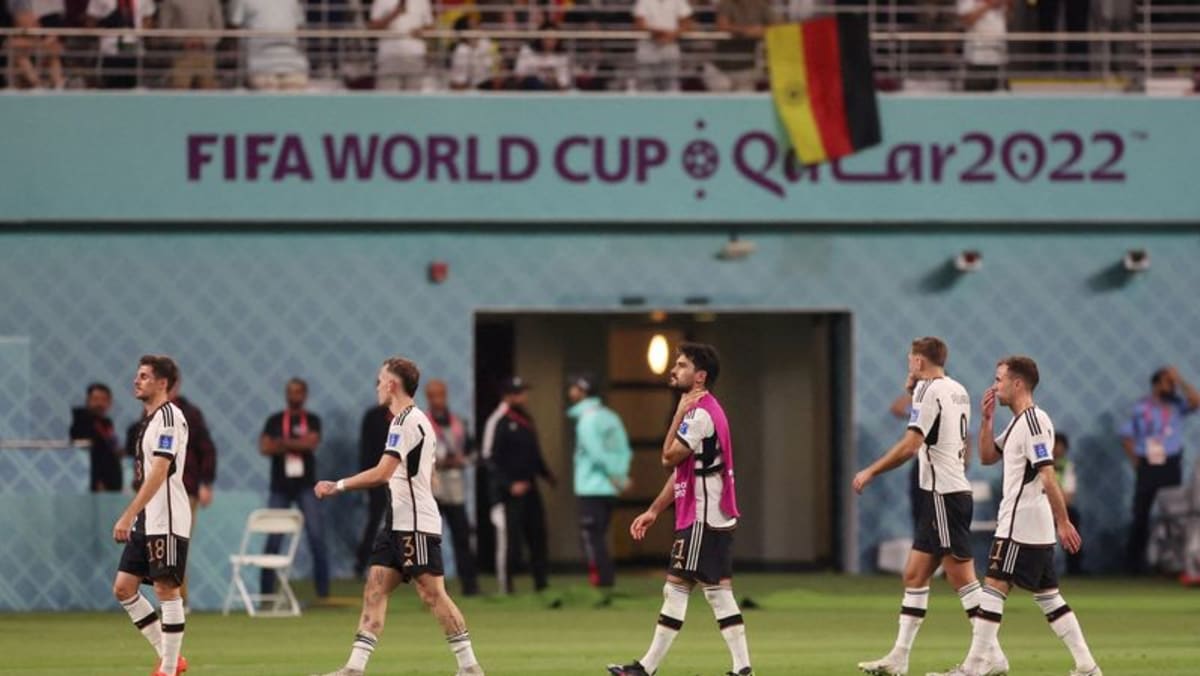 AL RAYYAN: Germany are facing a second consecutive World Cup first-round exit when they take on Spain on Sunday (Nov 27) with coach Hansi Flick working overtime to pick his players up off the floor after their shock 2-1 loss to Japan in their Group E opener.

The four-time champions suffered their earliest tournament exist in more than 80 years in 2018 when they crashed out in the first round and now face a similar scenario in Qatar.

Holding a 1-0 lead after a dominant first half, Germany crumbled after the break, allowing Japan to score twice late in the game due to a string of individual mistakes, including from central defender Niklas Suele for the second goal.

While most of the discussion prior to their first game had focused on whether Flick would deploy a natural centre forward like Niclas Fuellkrug from the start, Germanys backline has long been a cause for concern and recent results highlight the need for immediate improvement.

They have conceded six goals in their last four internationals but now have to find a way to shut out Spain, who fired seven past Costa Rica in their group opener.

Germanys players, however, must not only process their first-ever loss to Japan, but they are also under fire back home for their handling of a diversity armband affair after world soccer body FIFA threatened sanctions if they wore it.

After years of being expected to deliver titles, Spain has entered the tournament with a lighter load on their shoulders under coach Luis Enrique and have already set records.

Barcelonas 18-year-old Gavi became the countrys youngest World Cup player, and the youngest to score since Brazil great Pele in 1958 after netting in their 7-0 win over Costa Rica.

They were not among a small group of pre-tournament favourites that included Brazil, Argentina and France among others, but their win over Costa Rica will have whet their appetite for more.

Germany at a crossroads: what a nuclear power station tells us about its energy dilemma