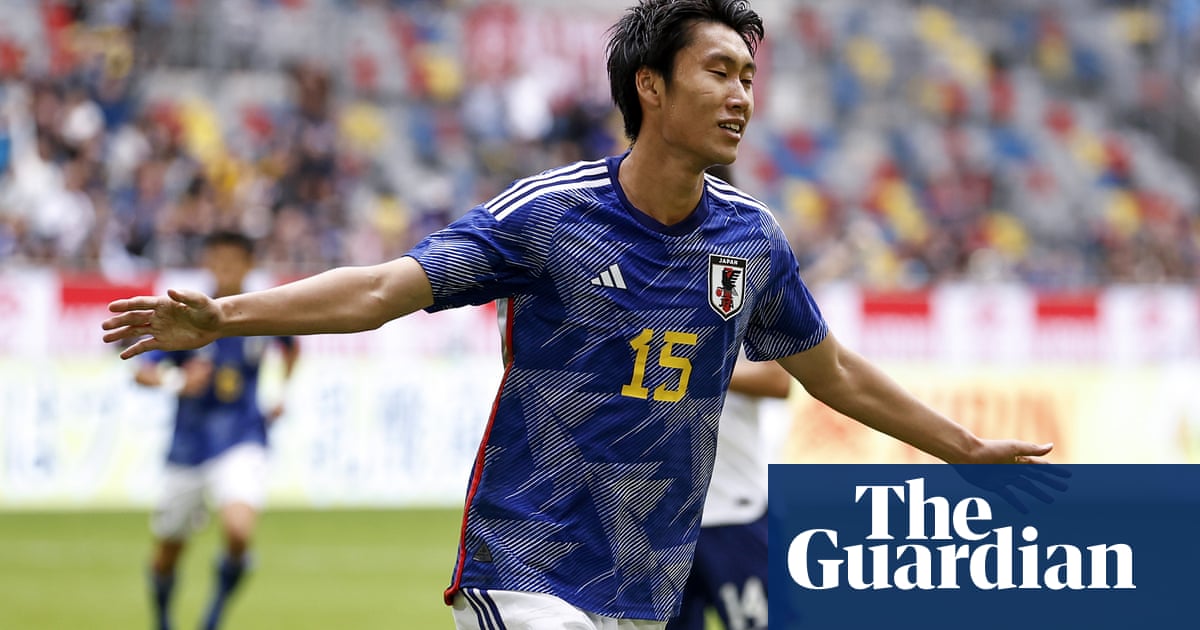 Daichi Kamada scored following Weston McKennie’s giveaway in the 24th minute, Kaoru Mitoma added a goal in the 88th, and Japan beat an lackluster and injury-depleted United States 2-0 on Friday in Düsseldorf, Germany, in the Americans’ next-to-last World Cup warmup.

The Americans failed to get a single shot on goal, playing a dismal first half and showing only slightly more initiative after four changes at halftime. They have one win, five losses and four draws in 10 road games since a victory at Northern Ireland in March 2021, and just one goal in their last five away games.

US star Christian Pulisic did not dress because of an unspecified injury. The 14th-ranked Americans already were without Tim Weah, Yunus Musah, Chris Richards, Antonee Robinson and Zack Steffen, and Miles Robinson will miss the World Cup because of a torn achilles.

A series of defensive breakdowns plagued the US in the first half and put pressure on goalkeeper Matt Turner, who has played just one match this season for Arsenal. Turner made a pair of diving saves in the second half, on Junya Ito in the 55th and Kamada in the 65th.

Kamada scored after McKennie received a pass from Tyler Adams and underhit a backpass. Hiroki Sakai ran onto the ball and passed to Ito. He played the ball to an open Kamada, who beat Turner to the far post from about 12 yards for his sixth international goal.

Mitoma scored his fifth international goal, turning around second-half sub Reggie Cannon and bending the ball around Zimmerman to beat Turner to the far post with a right-foot shot from just inside the penalty area.

The US have one last exhibition ahead of the World Cup, against 53rd-ranked Saudi Arabia on Tuesday at Murcia, Spain. The USSF said it was too soon to determine whether Pulisic will be available.

Back in the World Cup after missing the 2018 tournament, the Americans open in Qatar against No 19 Wales on 21 November, play fifth-ranked England four days later and close the first round against No 22 Iran on 29 November.

Japan, preparing for their seventh straight World Cup, open against No 11 Germany on 23 November, meet 34th-ranked Costa Rica four days later and close group play against No 6 Spain on 1 December.

Gio Reyna and Dest started despite having not played 90-minute matches for their clubs this season. Reyna, fit following a leg injury that wrecked his 2021-22 season, had not started for the US in a year. He wore the No 21 shirt of his father, former US captain Claudio Reyna.

Japan won possession in the US defensive third eight times in the first half, matching the most in a half against the Americans since 2010, according to Opta Sports.

Germanys move away from coal comes with a twist
© tweet247.net 2022