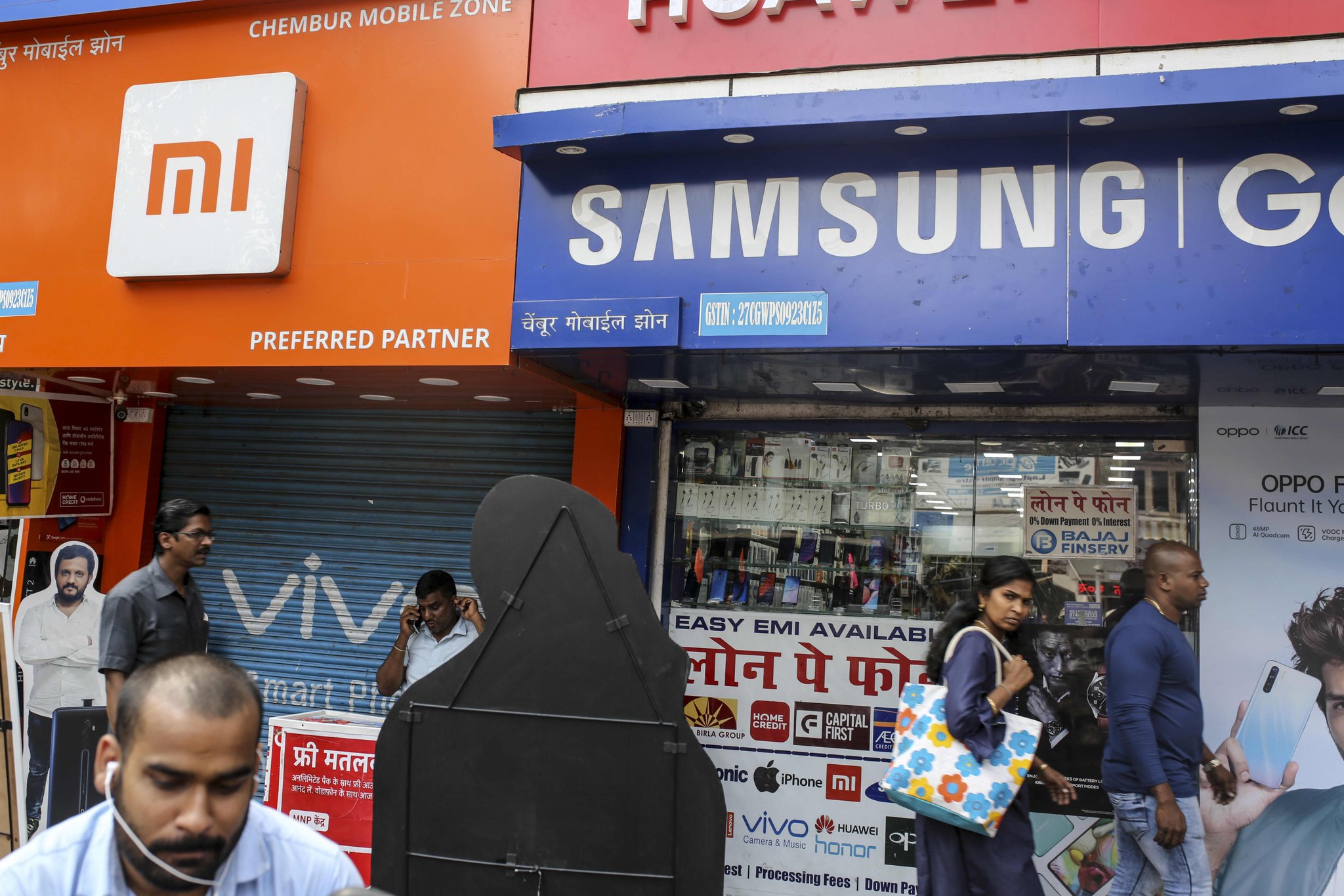 That was about 13% fewer handsets shipped compared with the previous three months. A devastating second wave of Covid-19 in India between February and May prompted regional lockdowns and created economic disruption that ultimately stifled smartphone demand.

"Smartphone vendors in India had assumed Covid-19 would not return, and several planned to invest in infrastructure for branded stores and partnerships with third-party offline channels," Sanyam Chaurasia, an analyst at Canalys, said in a statement. "But once again they were quickly compelled to pivot to an online strategy."

Xiaomi remained on top, holding 29% share in one of the worlds fastest-growing smartphone markets, according to Canalys. The Chinese smartphone maker, which recently overtook Apple to become second globally, shipped 9.5 million devices in India.

Samsung hung on to second place with a 17% share of the Indian market. It shipped 5.5 million devices between April and June, barely edging out Vivos 5.4 million units.

Vivo, Realme and Oppo rounded up the top five, with more than 14 million devices shipped in total, as Chinese vendors maintained their dominance of the Indian smartphone market. They built their presence over the years by selling relatively high-quality smartphones at more affordable prices compared with the premium devices from Samsung and Apple.

Canalys said signs of a recovery in the market emerged toward the end of the second quarter due to a boost in consumer confidence from Indias aggressive vaccine push in key areas. The research firm expects a rebound in the second half of the year as brands expand their promotional activities and release new devices.

"But the second half will not see a surge in pent-up demand like last year. The threat of a third wave still looms in India, but as citizen behavior and industrial operations continue to adapt to pandemic conditions, its impact should be minimal," Chaurasia said.

Smartphone makers will likely also face challenges including increasing costs, limited supply of parts — such as memory chips — rising shipping charges and a tough economic environment, according to the research firm.

Chaurasia explained that the shortage of components adds to the risk of regional de-prioritization, where the smartphone makers may look to allocate their limited supplies of devices to more lucrative, high-end markets.

Micromax In 2B with Airfunk 1 and Airfunk 1 Pro TWS earbuds launched in India: Price, specifications and availability