Take that Ben&Jerry! Texas and 30 other US states prohibit pension funds from investing in companies that refuse to do business with #_Israel🇮🇱. #_InTheNews 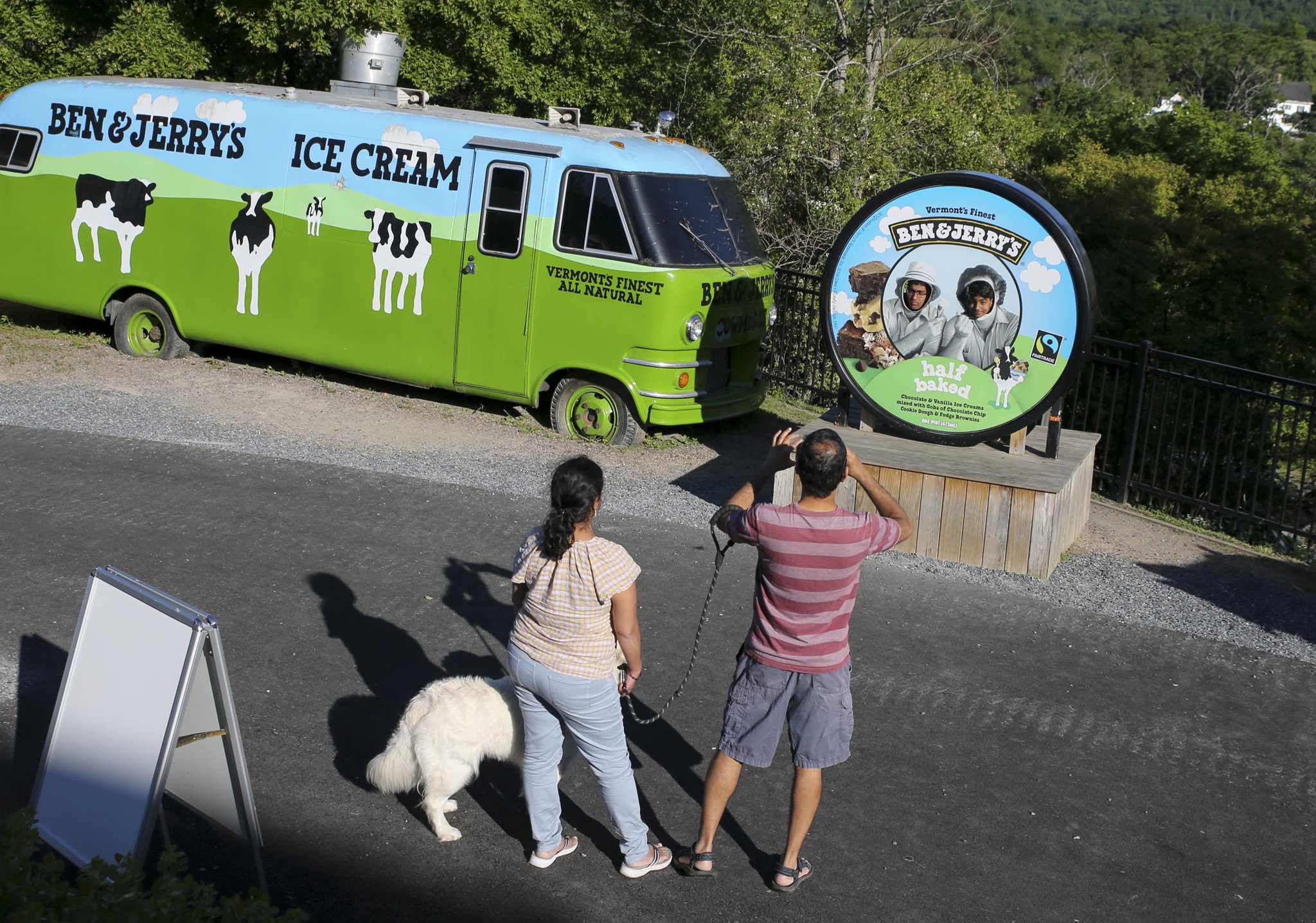 The fight between Israel and Palestinians is spilling over into 30 U.S. states with laws on their books preventing pension funds from investing in companies that refuse to do business with the Jewish state.

Earlier this week, the Ben & Jerrys board said it would no longer allow sales in areas it believes Israel should not control. The company released a statement saying "we believe it is inconsistent with our values for Ben & Jerrys ice cream to be sold in the Occupied Palestinian Territory."

The company, now owned by global consumer giant Unilever, has sold its brand in Israel for decades through a local Israeli distributor. Unilever said it would seek a new deal to sell ice cream in Israel, but not in territory claimed by Palestinians for a state of their own.

In Israel, businesses are prevented from treating customers and subsidiaries differently in what Israel calls "disputed territory" versus those in what much of the world recognizes as Israeli territory. Israeli Prime Minister Naftali Bennett vowed this week to "act aggressively" against the ice cream company, which was founded in 1978 by Ben Cohen and Jerry Greenfield, who are Jewish and progressive-minded.

A spokesman for Republican Gov. Greg Abbott told CNBC on Tuesday night: "Ben and Jerrys decision to boycott parts of Israel is disgraceful and an insult to Americas closest ally in the Middle East." The statement went on to say: "Unilever, Ben and Jerrys parent company, must reverse this ill-conceived decision."

State Comptroller Glenn Hegar, who controls billions of dollars in assets for Texas public pension funds has already told his office to take action. In a statement to CNBC he said, "Ive directed my staff to determine whether any specific action has been taken by Ben & Jerrys or Unilever would trigger a listing under Chapter 808 of the Texas Government Code," the law passed in 2017.

It is also possible sales in states with anti-boycott laws could be impacted. If Ben & Jerrys or Unilever bids for a contract at a public institution, they could be disqualified if the boycott becomes a reality.

Florida state CFO Jimmy Patronis, who controls public pension funds, told CNBC his office started discussing the issue Tuesday morning. "I find whats taking place very concerning," he said in a text. But he wasnt prepared to say what action might be taken.

Airbnb was the last company to find itself tangled in a similar issue. In 2018, the rental site said it was banning listings of Israeli property in the West Bank, territory Palestinians claim should be part of their state.

Israel will roll out a booster dose of the Pfizer-BioNTech COVID-19 vaccine to older people, citing a drop in protection against severe disease driven

Could the shaky coalition break Orthodox hold on religious life in Israel?

Orthodox rules dominate Jewish ritual in Israel Will this change?

Israels political culture is still stuck in the gutter - opinion

Israel to give Pfizer COVID-19 booster to 60 and over as Delta spreads
© Copyright 2021 tweet247.net All Rights Reserved.