US, Israel Say Theyre Working on Options Should Iran Fail to Return to Nuclear Deal 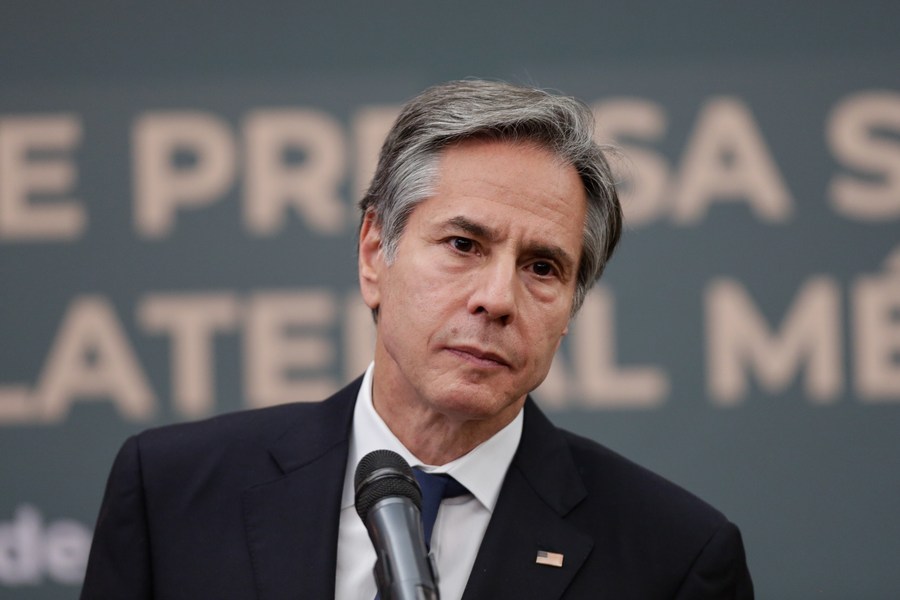 The Iranian flag waves in front of the International Atomic Energy Agency (IAEA) headquarters, before the beginning of a board of governors meeting, in Vienna, Austria, March 1, 2021. REUTERS/Lisi Niesner

WASHINGTON/PARIS, Oct 13 (Reuters) - U.S., Israeli and EU officials took a tough line toward Iran on Wednesday, with U.S. officials saying they would consider all options if Tehran failed to revive the 2015 nuclear deal and Israel saying it reserved the right to act.

Iranian President Ebrahim Raisi has so far refused to resume indirect talks with the United States in Vienna on both sides returning to compliance with the deal, under which Iran curbed its nuclear program in return for economic sanctions relief.

"We will look at every option to deal with the challenge posed by Iran," U.S. Secretary of State Antony Blinken told a joint news conference with Israeli Foreign Minister Yair Lapid and Emirati Foreign Minister Sheikh Abdullah Bin Zayed.

"If the Iranians dont believe the world is serious about stopping them, they will race to the bomb. Israel reserves the right to act at any given moment in any given way," Lapid said. Israel has previously bombed nuclear sites in Iraq and Syria.

U.S. officials stressed it was still Washingtons preference for the United States, which abandoned the nuclear deal in 2018 during the Trump administration, and Iran, which began violating its nuclear limits about a year later, to resume compliance.

Iran struck the deal in 2015 with Britain, China, France, Germany, Russia and the United States. The last round of Vienna talks took place in June. Iran, beyond saying they would resume "soon," has not set a new date.

The European Union coordinator on Iran, Enrique Mora, plans to visit Tehran on Thursday, a trip diplomats from Britain, France and Germany, a group known as the E3, said came at a critical time as Iran keeps advancing its nuclear program.

"The nuclear situation has worsened continuously and seriously," said one E3 diplomat, alluding to Irans accelerating enrichment of uranium to higher fissile purity, a possible pathway to a nuclear bomb.

"This therefore is from our E3 point of view not a business as usual but a visit in (the) context of a deep crisis in the JCPOA," the diplomat added.

While officials have made similar past statements, taken together the comments suggested a more coercive rhetorical stance toward Tehran if it refused to resume compliance with the deal called the Joint Comprehensive Plan of Action (JCPOA).

Earlier, the U.S. special envoy for Iran, Rob Malley, said Washington was ready to consider "all options" if Iran is unwilling to return to the 2015 deal, which was negotiated under then-President Barack Obama and then-Vice President Joe Biden, who is now the U.S. president.

Israel to Push Ahead With Doubling New Homes in Jordan Valley