Guess who the grand marshall of this parade is? He is legendary. He is @GeorgeTakei. #APAHM. 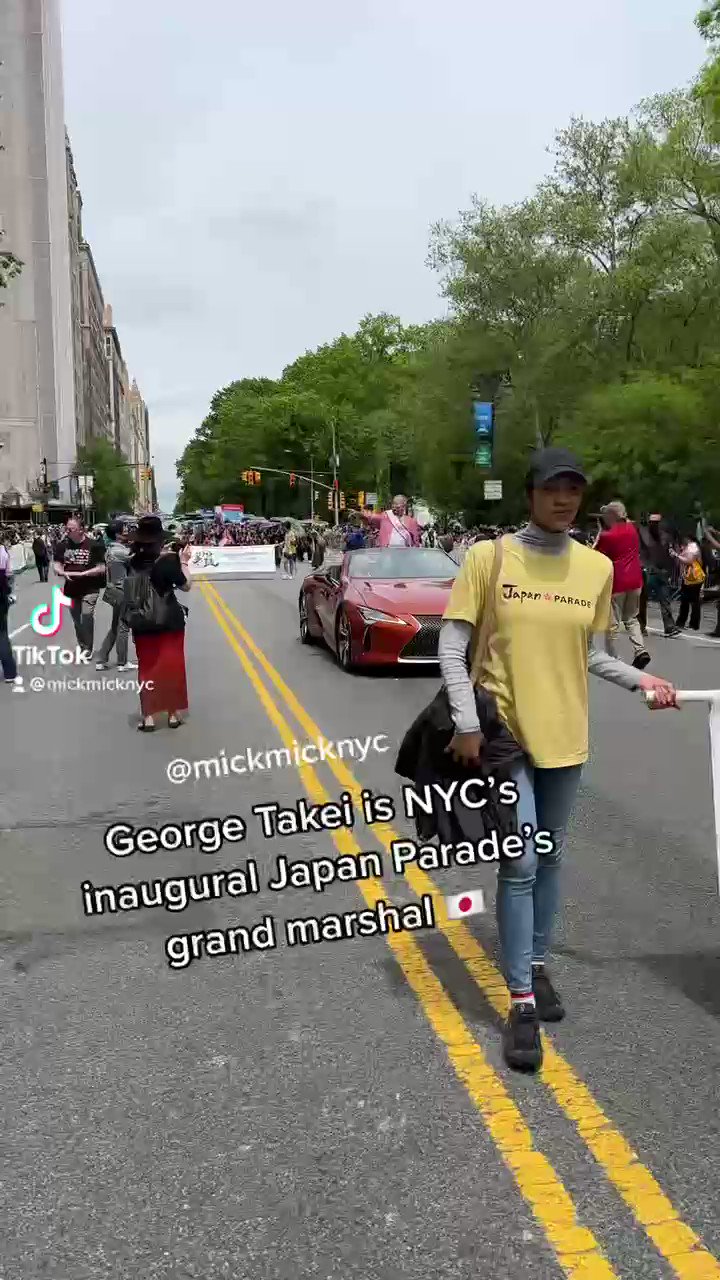 The parade marks the 150th anniversary of the Japanese mission to the United States in 1872, led by Ambassador Extraordinary and Plenipotentiary Iwakura Tomomi. The mission of Japan Day is to showcase the Japanese community’s appreciation toward their home city, New York, build a bridge of cultural understanding between the people of Japan and the U.S. and facilitate stronger grass-roots connections within the community.

The inaugural Japan Day parade will be led by Grand Marshal George Takei on Saturday, May 14. The opening ceremony for the parade will take place at 12:30 p.m. at Central Park West, between West 70th and 71st Street, where speeches from Parade Grand Marshall George Takei and Ambassador Mikio Mori, a proclamation from New York State and New York City, and a performance from Japanese drumming group Soh Daiko. The Japan and U.S. national anthems will also be performed.

The parade will officially kick off at 1 p.m. at Central Park West and 81st Street and will travel south, ending at West 68th Street. The parade will feature Takei, The cast of “Pretty Guardian Sailor Moon the Super Live”, the Young People’s Chorus of New York City, Taiko drumming by COBU, Anime NYC, Karate demonstrations, and Japanese Folk Dance of NY.

Meanwhile, from 1 to 4:30 a Japanese street fair will take place at West 69th Street, between Central Park West and Columbus Avenue. The fair will feature a variety of authentic Japanese street food from local restaurants in New York, including favorites such as karaage (Fried Chicken) and onigiri (Rice Balls), ramen, cha-shu pork belly bowls, rice cake donuts, Houji tea pudding, tea, soba and okonomiyaki. Visitors can also participate in activities such as origami, the Hello Kitty photo booth, the Omikoshi display and a charity tent to support the Ukraine.

This year also marks the 150th anniversary of the United States’ introduction of baseball to Japan. To celebrate, the New York Mets is hosting a Japanese Heritage Night on May 13 before their game against the Phillies at Citi Field from 5:30 to 6:30 p.m. The event will be followed by a home plate ceremony, and Ambassador Mikio Mori will throw the first pitch.

With eye on China, and US ties, Japans universities to screen foreigners