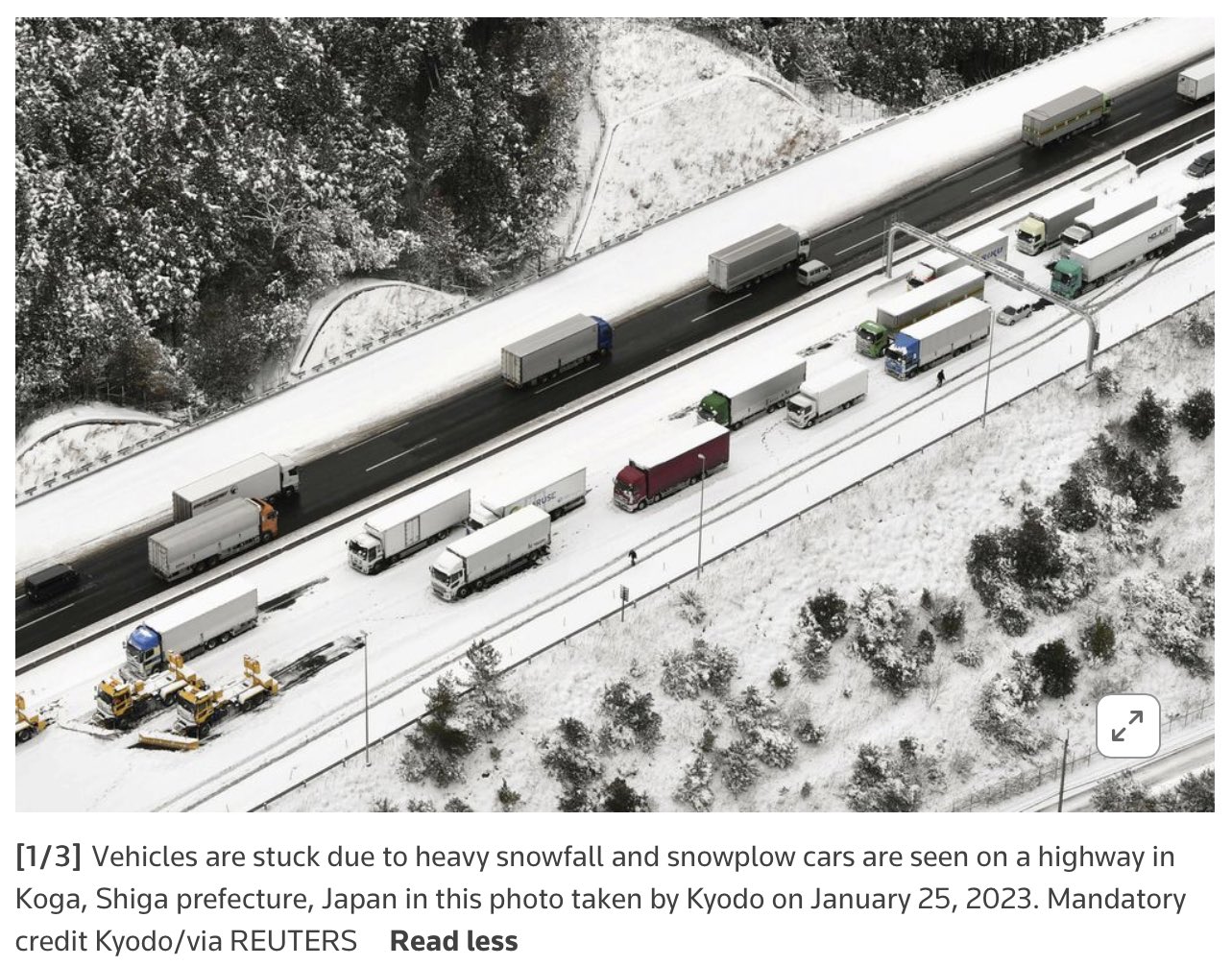 At least 124 people died in freezing temperatures in Afghanistan earlier this week, according to media reports, while the temperature in Mohe, Chinas northernmost city, dropped to a record -53 degrees Celsius (-63.4 degrees Fahrenheit) on Sunday.

Japan reported that snow was particularly heavy on the side of the country facing South Korea, with the city of Maniwa hit with a record 93 cm (36 inches) in just 24 hours.

One person died as a result of the storm and two other deaths were being investigated as related to the storm as of Wednesday morning, chief cabinet secretary Hirokazu Matsuno told a news conference. No further details were immediately available.

Toyota Motor Corp (7203.T) said it was suspending the second shift at all 14 factories in Japan on Wednesday due to disruption from the heavy snowfall around the country.

Some 3,000 people were stranded at two train stations in the western city of Kyoto after snow and high winds forced service to be suspended on Tuesday. Some passengers were forced to sleep on the floor at Kyotos main station. Others were stuck on at least 15 trains between stations, in some cases from late on Tuesday to the early hours of Wednesday.

Strong winds connected to the storm may have caused the sinking of a Hong Kong-registered cargo ship between western Japan and South Koreas Jeju island early on Wednesday. Thirteen of the 22 crew members had been rescued by noon on Wednesday and the search was continuing. read more .

Wife of US skier Kyle Smaine speaks out in emotional post after he died in an avalanche in Japan
© tweet247.net 2022