Japan is chasing its tail on yen intervention

Analysis: Japan is chasing its tail on yen intervention. 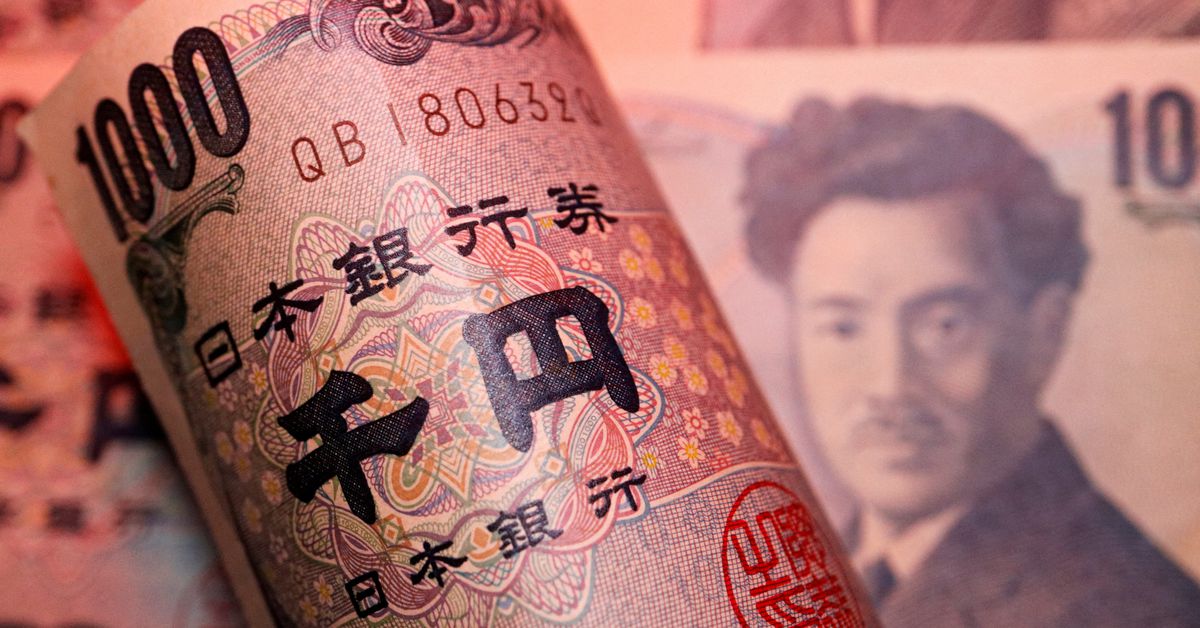 SINGAPORE, Sept 23 (Reuters) - As the Bank of Japan steps into currency markets for the first time in decades to defend a battered yen, it is running into numerous obstacles, chiefly its own stubborn commitment to ultra-easy monetary settings.

Thursdays sudden burst of yen-buying intervention by Japanese authorities -- the first instance since 1998 - caused a large 6 yen move between 140 and 146 in the dollar-yen exchange rate .

At the end of the busy day, which also saw markets digest a hawkish Federal Reserve rate rise and a BOJ pledge to keep rates negative, investors were no less bearish on the yen, which has depreciated nearly 20% so far this year.

“It’s quite symbolic in the sense that this is the first time since 1998, but I don’t think that will be effective in reversing the trend of the yen," said Vincent Tsui, Asia analyst at Gavekal Research in Hong Kong.

Given a history of deflation, the Bank of Japans desire to keep rates low until it sees stable and healthy price rises has made it a lone dove this year as other major global central banks aggressively hike rates to contain surging inflation. U.S. policy rates are now 3 percentage points higher than Japans.

But the BOJs policy is at odds even at home, with a government worried about the impact of a weak yen on energy prices and consumer sentiment, and its risk-loving households with idle cash reserves worth more than 1,000 trillion yen ($7.04 trillion) poised to hunt for better-yielding assets overseas read more .

So long as the BOJ had a yield curve control policy, any monetary tightening caused by the yen-buying intervention would be neutralised, he said on Thursday, referring to the BOJ’s consistent weekly bond-buying operations to cap yields.

Brendan McKenna, international economist and currency strategist at Wells Fargo Securities, points to how even as the intervention occurred, U.S. yields rose roughly 6 basis points on the day and Japanese yields fell, driving a bigger wedge in interest rates and giving markets even more reason to dump the yen.

"That the intervention has been unilateral and that it happened on the same day of a dovish Bank of Japan meeting speaks to the very large internal contradictions," Deutsche Banks head of FX strategy George Saravelos said in a note.

Saravelos says such intervention, while Japan sticks to a yield curve control policy, will result in a loss of credibility for the central bank, and might help reduce some speculative yen positions without really changing the trend.

"Intervention to strengthen the currency is at direct odds with Bank of Japan policy," Deutsche said, and that it was simply not credible for a central bank to be debasing its currency via extreme amounts of quantitative easing while authorities pursued a stronger currency at the same time.