Japan to reopen to mass tourism in October

Japan to reopen to mass tourism from October for the first time in two and a half years. 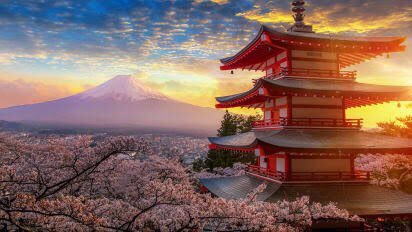 Japan, one of the worlds last major holdouts during the pandemic, is dissolving its COVID-19 restrictions and opening the door back up to mass tourism.

Beloved for its unique mix of vibrant urban culture and natural beauty, the country is lifting its tight regulations on foreign tourists, according to a tweet Thursday from Taro Kono, Japans minister of digital affairs.

"We will lift the ceiling of the number of entrants into Japan, lift the ban on individual travel and lift the ban over visa-less travel," Prime Minister Fumio Kishida said Thursday at a news conference in New York City, where he was attending the UN General Assembly meeting.

Elaborating on the lifting of restrictions, Kishida said that "on the same day, we plan to launch a campaign to offer domestic travel discounts and event discounts to residents of Japan and hope that many citizens will take advantage of the offer to support the hotel, travel and entertainment sectors that have suffered enormous blows during the pandemic."

The move marks a major policy shift after nearly 2 1/2 years of strict COVID-19 restrictions on who could enter the country and under what circumstances.

Those restrictions have included caps on the daily number of arrivals allowed, tight testing rules for the coronavirus and requirements to join tour groups to visit.

Even as he decries government policies for pushing up the cost of housing, Conservative leadership candidate Pierre Poilievre is defending investments he and his wife made in rental properties of the kind that some economists say contribute to rising real estate prices.