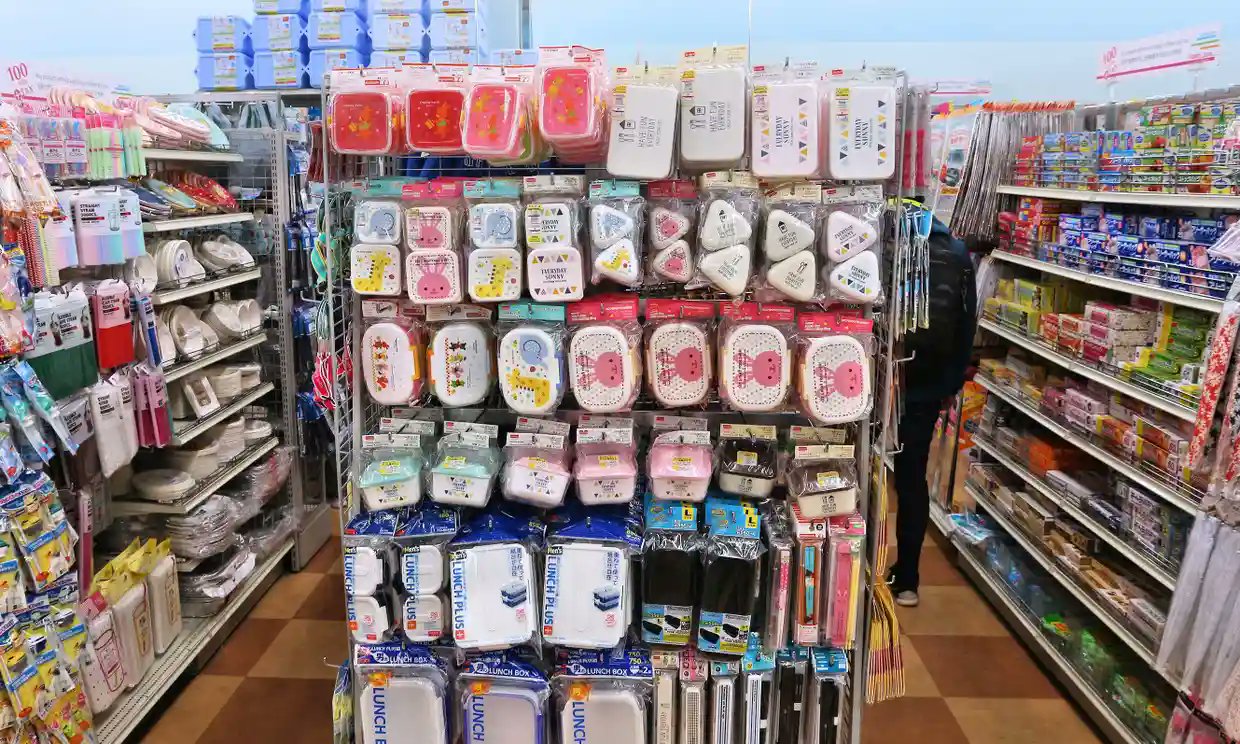 There can’t be a household in Japan that doesn’t own a few items from a 100-yen shop – anything from chopsticks and teacups to air freshener and bin bags.

But the wildly popular discount stores – whose roots lie in the country’s long battle with deflation – are having to compromise on their USP, as soaring raw material costs, the war in Ukraine and a weak yen force companies to raise prices.

With rising prices now affecting staples such as instant ramen and sushi, the cost of living crisis is emerging as most important issue in upper house elections due next month.

Executives at 100-yen stores, where each item traditionally costs the equivalent of 60 pence, believe rising prices represent an existential threat to the ¥1tn sector.

“It’s the toughest situation we’ve ever been in,” Takeshi Miyagi, senior managing director at Initial One Hundred, which has nine discount stores in Tokyo, told the Mainichi Shimbun.

“At this rate, the delivery of stock for our stores will come to a halt. If things go on like this for more than a year, the store’s existence will be in danger.”

In addition to rising raw material prices, the yen this week fell to a 24-year against the US dollar, driving the cost of the 90% of items the chain imports even higher. In response, the store has been forced to sell selected items for ¥200 or more.

Households already reeling from the aftermath of the coronavirus pandemic pay 50% more for cooking oil than they did a year ago, and almost a third more for mayonnaise, according to the analysis company True Data. Margarine, spaghetti and white bread cost 10% more.

Sushiro, Japan’s biggest conveyor belt sushi chain, will abandon its ¥100 a plate offer for the first time in nearly four decades. From October, the cheapest sushi will cost between ¥120 and ¥150 yen, depending on the location, the company said.

More than 10,000 food items will go up in price by an average of 13% this year, according to the credit research firm Teikoku Databank. The credit research firm’s survey found that 105 major food manufacturers had raised prices on 6,285 products by June, with price hikes planned for another 4,504 products from next month.

In addition, nearly three-quarters of restaurant operators plan to raise prices in the current fiscal year, passing on the rising cost of ingredients to customers, a Nikkei business newspaper survey found.

A recent poll by the Kyodo news agency found that 64.1% of respondents thought Kishida’s response had been “inadequate,” with more than 70% saying that the cost of living would be a factor in how they vote in upper house elections next month.

With upper house elections looming, the prime minister, Fumio Kishida, has responded to criticism that he has been slow to act by setting taskforce to discuss measures to curb inflation and encourage wage rises.

Nintendo Has Launched a Switch Repair Subscription in Japan