Player ratings: USMNT outclassed by Japan in every way 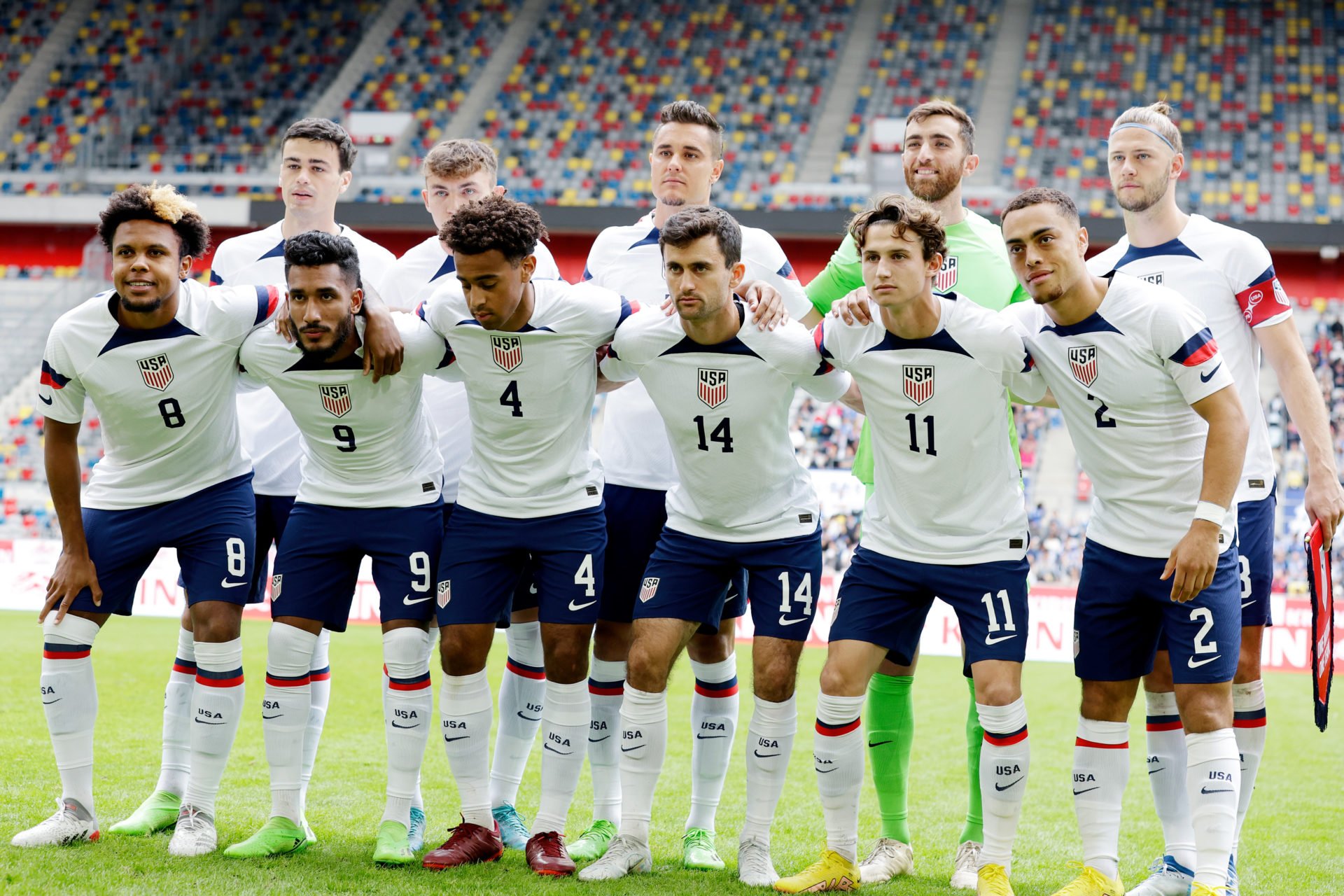 The US men’s national team were essentially played off the park in their penultimate World Cup preparation friendly, losing 2-0 to Japan on Friday in Düsseldorf, Germany.

While there’s the chance to rebound in Tuesday’s tune-up against Saudi Arabia in Murcia, Spain, there’s reason to be concerned after a flat performance at the Merkur Spiel-Arena. The USMNT attempted just four shots against Japan, none of which were on target.

Whatever else happened against Japan, Matt Turner may have just earned a starting spot. Without the Arsenal shot-stopper, the US could have conceded three. Or four. Or more. The 2021 MLS Goalkeeper of the Year stood on his head and wasnt at fault for either of Japans goals, making six saves and standing out as perhaps the only positive from the match.

The AC Milan loanee was exposed for positioning a couple of times, but he got forward to good effect. Dest was one of the few players who looked generally effective going forward in the first half.

Zimmerman struggled early, giving the ball away sloppily within the first 10 minutes. The Nashville SC center back grew stronger defensively as the match wore on, but never looked convincing playing the ball out of the back.

Long struggled early with the slow pitch, but his decision-making was equally suspect. The New York Red Bulls captain made a few poor decisions in passing out of the back, giving the ball away on numerous occasions. He was taken off at halftime.

Vines was completely invisible in the first half, largely pinned back by the relentless Japanese press. After the break, the Colorado Rapids homegrown product was pushed further forward with Berhalters switch to a back three, and at least offered an occasional outlet in possession. Brought in to earn the job as Antonee Robinsons backup, the Royal Antwerp defender demonstrated just how important the Fulham standout has become to this team.

The Celta de Vigo midfielder started brightly and covered plenty of ground, but he was too easy to play around in midfield. The playing surface was clearly tough for de la Torre to deal with, but in a match where the US needed their midfielders to impact the match going forward, he didnt.

As usual, Adams worked hard on both sides of the ball, but the Leeds United midfielder wasnt able to find a way through Japans defense and his passing was limited to recycling the ball. In fairness, he didnt get much help from the rest of midfield.

McKennie struggled mightily. The Juventus midfielder wasnt able to progress the ball, was caught out of position defensively on multiple occasions, and his connection with Adams was almost non-existent. Hes one of the most important players to this squad, and an improved performance against Saudi Arabia on Tuesday is mandatory.

In an otherwise lethargic team, Aaronson at least ran himself into the ground. The Leeds United man took a beating and drew several fouls, including one that probably should have been given a red card. Hes arguably become undroppable over the last 12 months.

The FC Dallas striker was quiet, completing just five passes in his 45-minute shift. Ferreira could have redeemed it with a goal, but headed an early golden chance well over the bar. At the international level, its the type of chance a starting striker has to finish.

Reyna was one of a handful of players to finish the first half with his stock untarnished. The Borussia Dortmund playmaker was inventive when he got on the ball; he just struggled to get on the ball enough and in dangerous areas. His early pass to play Dest into space was a thing of beauty. Reyna was off at the break as he works back to full fitness.

Japan and China relations 50 years on