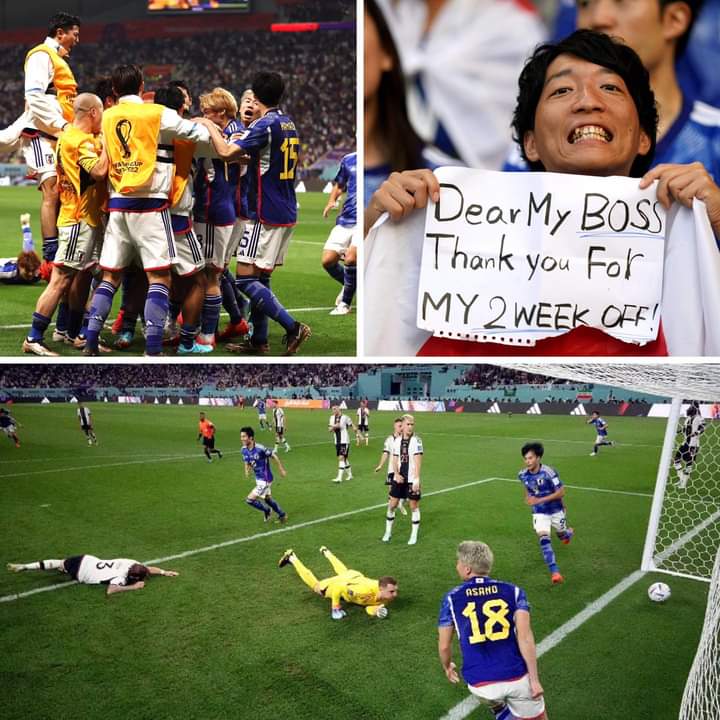 By India Today Web Desk: Its the Asian teams that have set the stage on fire at FIFA World Cup 2022 Qatar. Saudi Arabia produced arguably the biggest upset in FIFA World Cup history when they came back from behind to stun Argentina on Tuesday, November 22.

A day later, Japan were at it, playing the giant slayers at the Khalifa Stadium. The Blue Samurai sent ripples in the tournament when they outclassed 2014 champions Germany 2-1 in a remarkable Group E match.

Germany could well be on their way out in the group stage for the second successive time following their early exit at Russia 2018 as they were drawn into a Group of Death which also has Spain. The La Roja made a statement on Wednesday, hammering Costa Rica 7-0 for their biggest-ever win in World Cup history. Germany, incidentally, were knocked out of FIFA World Cup 2018 in the group stage after their shock loss to South Korea. It was not easy for Japan as they looked outplayed in the first half. Ilkay Guendogans penalty gave Germany the lead in the first half but Japan bounced back in the second half with goals from substitutes Ritsu Doan and Takuma Asano. The momentum completely shifted with thousands of Japan fans backing the Blue Samurai at the Khalifa Stadium after Asanos stunning first touch and his subsequent goal came as a huge jolt to Germany.

It was Japans first-ever win over Germany, with the teams having met twice in international friendlies before Wednesdays World Cup clash This moment was unbelievable for the team and for me. We watched Saudi Arabia against Argentina. They won that game and we thought we could have a great game here. It inspired me and the team a lot," Kaoru Mitoma, who plies his trade for Brighton, said.

Winger Takefua Kubo said that Japan had watched Saudi Arabia shock Lionel Messis Argentina before their training session on Tuesday and it inspired them to do something special against Germany.

"We were going for our training session and we watched it on the team coach - their victory inspired us! We are happy for [Saudi Arabia] and I heard there is a public holiday there today (Wednesday) so maybe today, it happens in Japan!" Kubo said.

Japan will next face Costa Rica on Sunday and a win would help them seal a berth in the next stage for the second successive edition of FIFA World Cup. The Asian side were knocked out by Belgium in the Round of 16 in Russia 2018.

Amid FIFA World Cup heartbreak, Japan will learn that brute force is sometimes required to break down a wall