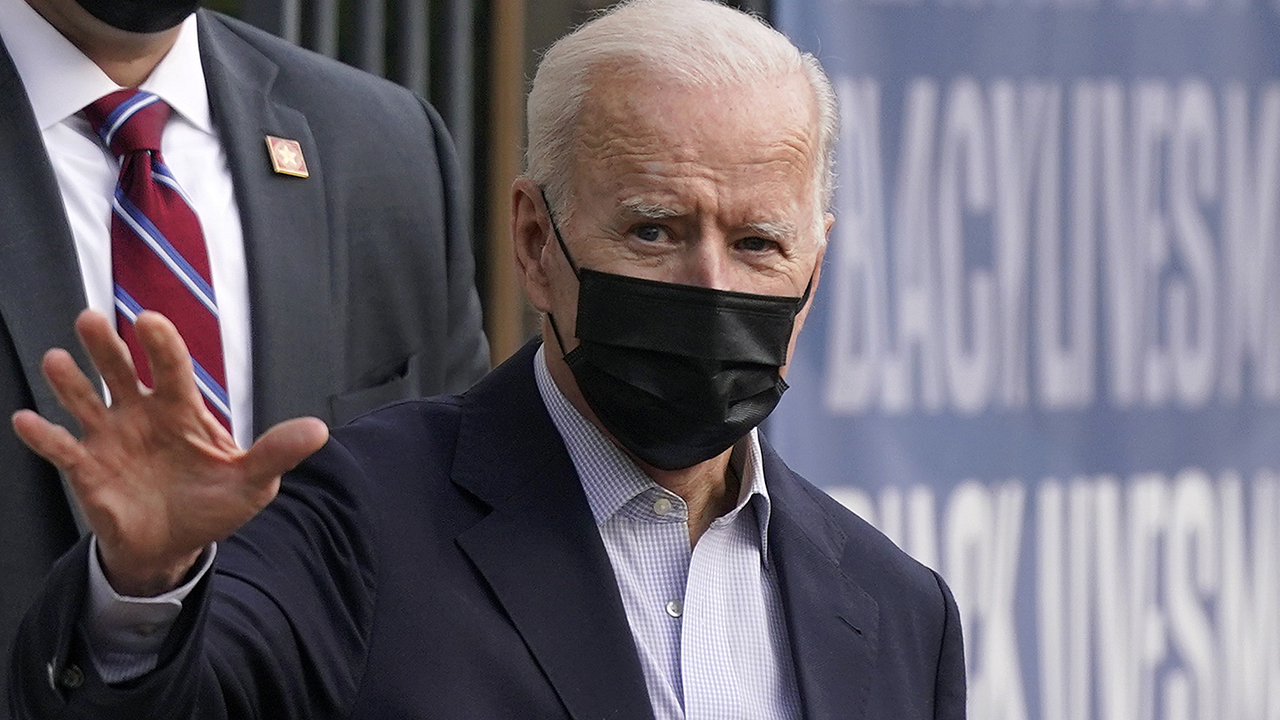 Good morning and welcome to Fox News First. Heres what you need to know as you start your dayBiden admin plans to exempt some Taliban-era Afghan civil servants from US terror-related entry restrictionsThe Biden administration is planning to allow some Afghan civil servants who were employed by the 1996-2001 Taliban government to be exempt from terror-related bans on entering the United States, according to a draft document obtained by Fox News. The administration continues to bring in tens of thousands of Afghans as part of the U.S. withdrawal from Afghanistan.

The draft U.S. Citizenship and Immigration Services (USCIS) planning document, reviewed by Fox News, outlines how the Department of Homeland Security is planning on issuing a memorandum to allow Afghan civil servants who worked during the Taliban regime to be exempted from terrorism-related inadmissibility grounds (TRIG) if they fulfill other background and screening requirements.

TRIG places limits on individuals who are members of a terrorist organization or who have engaged in terrorism, making them inadmissible to the U.S. and ineligible for immigration benefits. The USCIS website says that the definition of terrorism-related activity "is relatively broad and may apply to individuals and activities not commonly thought to be associated with terrorism." It means that TRIG would likely rule out those who worked under the Taliban regime, which ruled from 1996 until its ouster by the U.S. in 2001 due to its harboring of al Qaeda after the 9/11 attacks.

"Many individuals who worked in civil service positions before the declaration of the Islamic Emirate of Afghanistan in 1996 continued to do so after the declaration," the document says in justification of the application. "Some did so under duress or other situations of hardship."

"Some used their positions in humanitarian capacities to mitigate the repressive actions of the Taliban regime, often at great personal risk. Some of these civil servants later worked for or helped the International Security Assistance Force, the U.S. government or the Afghan government that was established in Dec. 22, 2001," it adds. CLICK HERE FOR MORE ON OUR TOP STORY.In other developments:- Senators alarmed after Afghan refugees walk off military bases by the hundreds- House GOP bill would reclaim Congress’ authority over refugee admissions, end DHS parole authority- Sen. Tom Cotton: Bidens Afghan refugee blunders – improper vetting creates host of problems for US- Interpreter who helped rescue Biden escapes Afghanistan, says Taliban have no mercy- Hannity: Biden planning aid to Taliban as the economy tanks, Americans show disapproval with anti-Joe chantsTexas-based Southwest, American to abide by Biden vaccine mandate despite conflicting ban from governorSouthwest and American Airlines, both based out of Texas, reportedly plan to continue requiring the vaccine for its employees despite Gov. Greg Abbott’s new ban on vaccine mandates this week.

Violators of the governor’s Monday executive order that affects private businesses and which he says is to keep Texans from "losing their livelihoods," could face fines, according to the Washington Post. The vaccine "must always be voluntary for Texans," Abbott said in the order.

But President Biden also issued a conflicting federal mandate that will soon go into effect, requiring businesses with more than 100 employees and all federal employees and contractors to either have their employees get vaccinated or submit to testing.

"I’ve never been in favor of corporations imposing that kind of a mandate," Southwest CEO Gary Kelly told CNBC on Tuesday. "But the executive order from President Biden mandates that all federal employees and then all federal contractors which covers all the major airlines have to have a mandate vaccine in place by December the eighth so we’re working through that." CLICK HERE FOR MORE.In other developments:- Ron Johnson pens letter to Biden, DoD questioning military vaccine mandates- Times Square billboard hammers Biden over forced COVID jabs: Hey Joe, time to let the mandate go- Vaccine mandates could lead to police and firefighter exoduses in urban areas- Fauci says COVID-19 pandemic uncontrolled as 66M remain unvaccinated

Jon Dunwell, 55, a pastor and financial services representative, flipped Iowa House District 29 from blue to red after winning about 60% of the vote, the Des Moines Register reported. The victory, which marks the second special election win for Republicans in recent weeks, gives the party a 60-40- majority in the state’s House, the paper said.

"Iowans are sending a clear message—they wholly reject the policies and agenda of Iowa Democrats," Jeff Kauffmann, the head of the state’s Republican Party, said in a statement. He said it is his hope that the state’s GOP will help "put an end to the chaos we are seeing coming out of Washington, D.C."

The seat became vacant when Democratic incumbent Wes Breckenridge, who defeated Dunwell in 2020, resigned after accepting a job at the Iowa Law Enforcement Academy. Dunwell defeated Democrat Steve Mullan, an 82-year-old retired teacher who serves on the Newton City Council. CLICK HERE FOR MORE.In other developments:- Sen. Warren sounds alarm on The View: Break up Facebook before 2022 elections and true steal comes along- Georgias Raffensperger slams Fulton County after ballot applications shredded: ‘Long way to go’- McAuliffe boasts hell build education in wake of saying parents should have little say- Gov. Kristi Noem: We cant rely on a debt-ridden federal government to take care of us

Islamic Schools and Girls’ Education in Indonesia: Lessons for the Taliban

Family of 5 hiding from Taliban pleads for help getting out of Afghanistan
© Copyright 2021 tweet247.net All Rights Reserved.