Cruz quizzes Blinken over reports of lists of Americans, allies given to Taliban

Cruz quizzes Blinken over reports of lists of Americans, allies given to Taliban 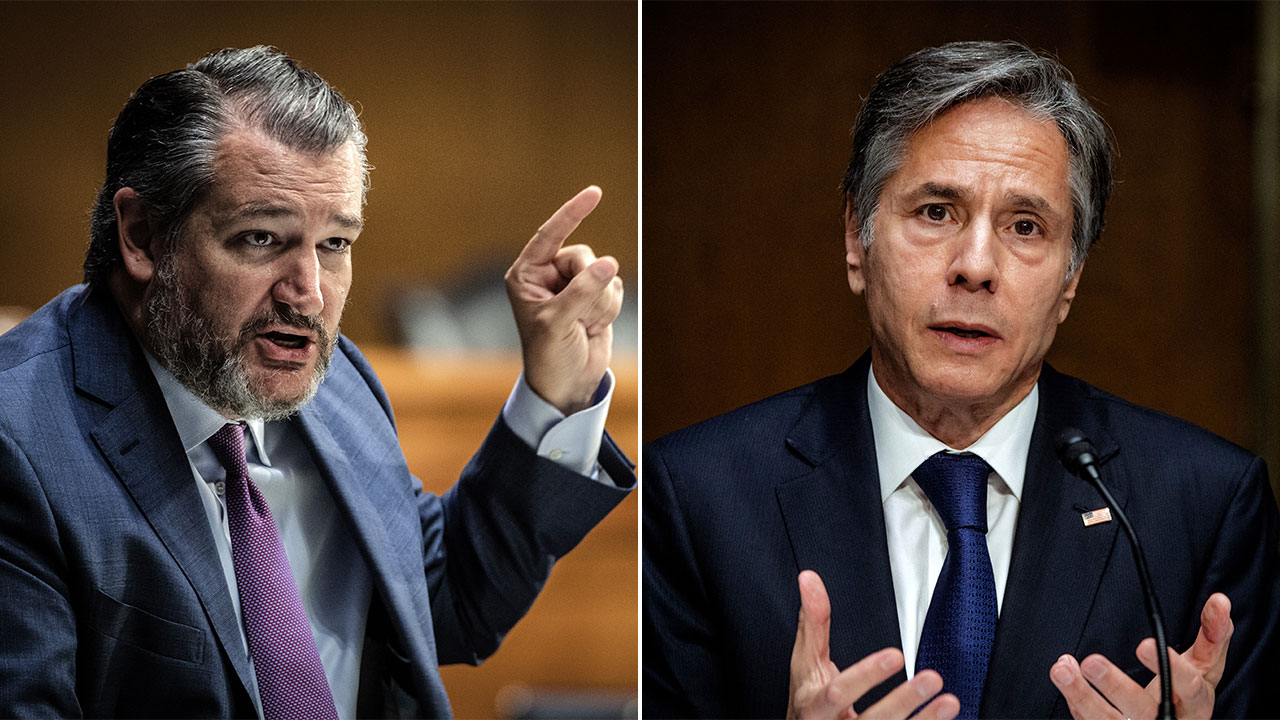 Sen. Bill Haggerty, R-Tenn., on Secretary of State Antony Blinken getting grilled on the Afghanistan withdrawal during a Senate Foreign Relations Committee hearing.

Sen. Ted Cruz, R-Texas on Tuesday sparred with Secretary of State Antony Blinken over reports that the State Department gave the Taliban lists of Americans and Afghan allies the U.S. was trying to evacuate.

"Did the State Department give the Taliban a list or multiple list of Americans and or Afghans that we wanted out?" Cruz asked Blinken at a Senate Foreign Relations Committee hearing on the Afghanistan withdrawal.

"Those reports and the idea that we would do anything to endanger our citizens or anyone else at a time when we were trying to save their lives [are] flat-out wrong," Blinken said, but later added that "in limited instances" the U.S. gave a manifest to people at a checkpoint to demonstrate they were expected.

Cruz was referring to a Politico report, confirmed by Fox News, that U.S. officials in Kabul gave the Taliban a list of American citizens, green card holders, and Afghan allies in an effort to grant them entry to the airport, which resulted in outrage from military officials behind the scenes.

A source confirmed to Fox News that the topic did come up in a classified briefing on Capitol Hill and that U.S. officials did not hand over a list of "every single person" but have shared names piecemeal with the Taliban "whenever they wanted a specific group to come through."

Additionally, the source told Fox News that the handing over of names "essentially doomed" some people who were cleared to travel to the airport but were not on the specific lists provided.

"Senator by definition, these were in limited instances with a bus or a group of people to get them through a checkpoint. They got through the checkpoint," he said.

The questioning came amid a number of grillings received by Blinken at the hearing, where he defended the Biden administration’s handling of the hasty withdrawal from Afghanistan and the scramble to get Americans and allies out of the Taliban-controlled country.

Earlier in the hearing, Cruz had dismissed efforts by Democrats on the committee to pin the blame on the Trump administration by arguing that Trump had made the initial agreement to withdraw troops in May of this year.

The Middle East’s Jihadists Are Copying the Taliban Model

Taliban Add Minorities, Technocrats to Afghan Government, but No Women