The chairman of the Joint Chiefs of Staff says the Taliban appear to have “strategic momentum” in the fight for control of Afghanistan. A decisive period is likely in the coming weeks, Gen. Mark Milley says, as forces complete their withdrawal. 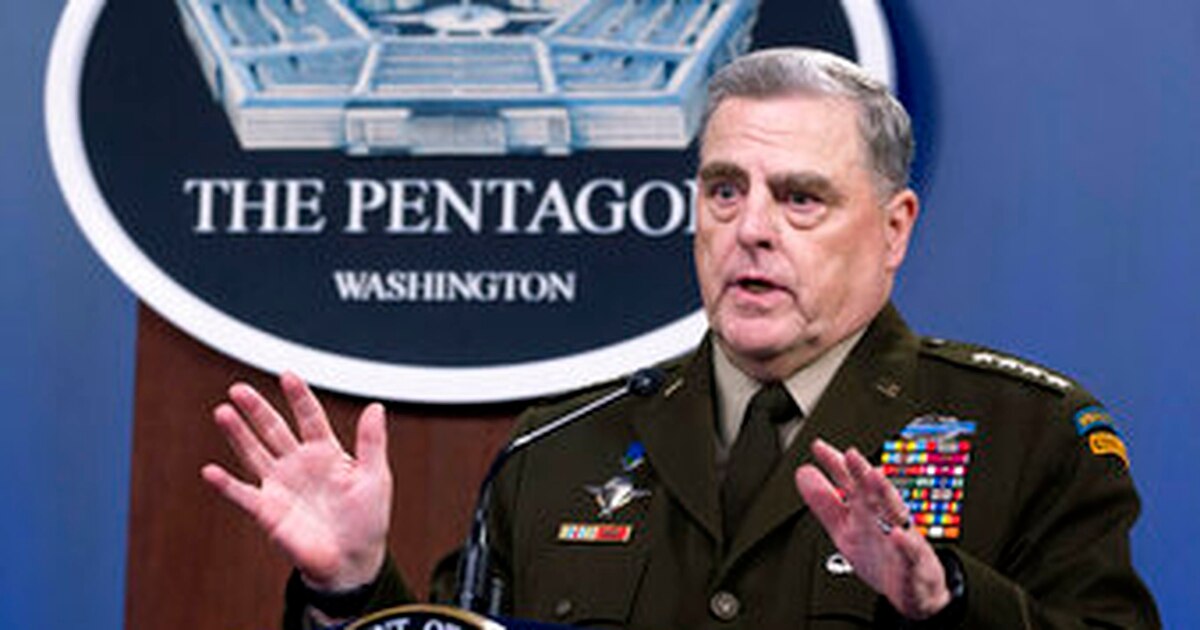 WASHINGTON (AP) — The Taliban appear to have “strategic momentum” in the fight for control of Afghanistan as they put increasing pressure on key cities, setting the stage for a decisive period in coming weeks as American forces complete their withdrawal, the top U.S. military officer said Wednesday.

“This is going to be a test now of the will and leadership of the Afghan people — the Afghan security forces and the government of Afghanistan,” Army Gen. Mark Milley, chairman of the Joint Chiefs of Staff, told a Pentagon press conference.

The Pentagon says the U.S. withdrawal is 95 percent finished and will be completed by Aug. 31. And while the Biden administration has vowed to continue financial assistance and logistical support for Afghan forces after August, Defense Secretary Lloyd Austin said the focus of U.S. military efforts there will be countering terrorist threats, not the Taliban.

Speaking alongside Milley, Austin said the U.S. will “keep an eye on” al-Qaida, the extremist network whose use of Afghanistan as a haven for planning the 9/11 attacks on the United States was the reason U.S. forces invaded Afghanistan in 2001.

“Our major focus going forward is to make sure that violence, terrorism, cannot be exported from Afghanistan to our homeland, and so we’ll maintain the capability to be able to not only observe that but also address that if it does emerge,” Austin said, adding that the Taliban pledged in 2020 to not provide a sanctuary for al-Qaida in the future.

“We expect for them to meet that commitment. If they want legitimacy going forward, I think that’s something they’ll have to consider. That’s one way to earn it, so we’ll see what happens.” He reiterated his view that there is a “medium risk” of al-Qaida regaining within about two years of the U.S. departure the capability to launch attacks against the West.

Milley said the Taliban now control about half of the 419 district centers in Afghanistan, and while they have yet to capture any of the country’s 34 provincial capitals, they are pressuring about half of them. As the Taliban seize more territory, the Afghan security forces are consolidating their positions to protect key population centers, including Kabul, he said.

Milley said that while the Taliban are attempting to create the impression that their victory over the U.S.-backed Kabul government is inevitable, he believes the Afghan military and police have the training and equipment to prevail. He said he would not rule out a negotiated political settlement with the Taliban, nor would he exclude “a complete Taliban takeover.”